Rick Ross has made his distaste for Tekashi 6ix9ine known and used a homophobic slur in the process.

The Miami rapper contributed a guest verse to “What’s Free,” a track on Meek Mill’s just-released album “Championships,” in which he taunts the much younger Brooklyn artist.

At the end of his verse, Ross raps, “Screaming ‘gang gang,’ now you wanna rap / Racketeering charges caught him on a tap / Lookin’ for a bond, lawyers wanna tax / Purple hair got them f—-ts on your back.”

The first two lines appear to be a reference to Tekashi, who, along with five others, was arrested on federal racketeering charges on Nov. 18. Four days later it came out the rapper, whose lawyer has claimed he only pretended to be a gang member, had been transferred from Brooklyn’s Metropolitan Detention Center after threats on his life. 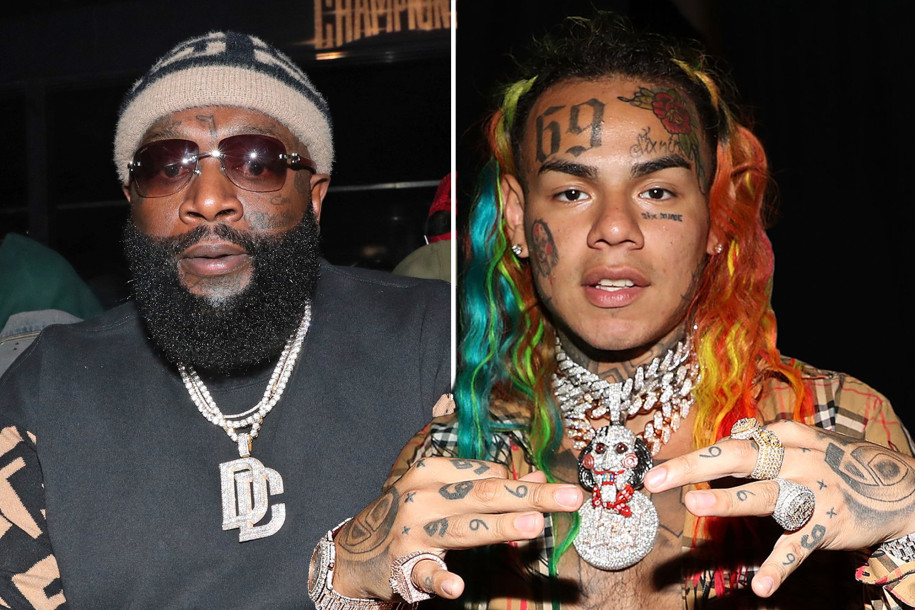 As for the last line, which features the slur, the rapper is known for his multi-colored locks, including a sizeable purple chunk.

On Friday, less than 12 hours after the album was released, Ross tweaked one of the verse’s lines in a tweet, writing, “‘Screaming gang gang, now you wanna rat’ ?”