The G-Unit star released a social media tirade on the couple Friday night, first posting video from the reality star’s TV show, where she goes into graphic detail about hooking up with Emmett, who regularly produces movies with Mark Wahlberg. 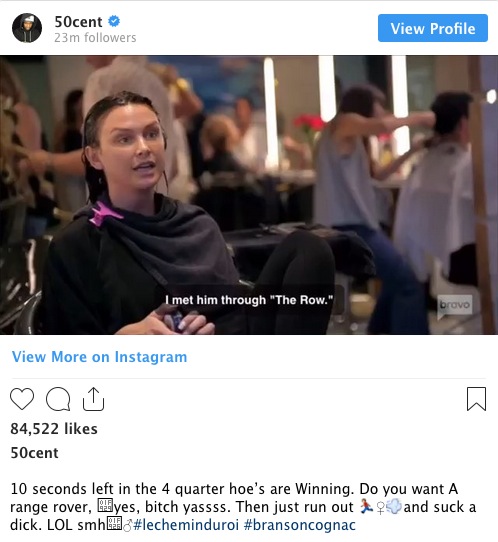 “10 seconds left in the 4 quarter hoe’s are Winning,” 50 captioned about LaLa. She ended up firing back at 50, and then set the rapper off by allegedly leaking a story to a media outlet.

“F*ck you Randall Emmet you think I wouldn’t find out, you and your little hoe girl friend talk to us weekly,” the rapper said, following up that “I want the rest of my money Monday.”

A source close to the situation told TheBlast, the hatred stems from a $1 million loan Fiddy gave Emmett around 6-years ago that never got paid back. We’re told 50 had kept allowing Emmett to extend his time to pay back, interest free, but they had finally set a date last week that Emmett once again reneged on.

50 puts Emmett on his projects, like “Power,” so he can keep getting the money back, but after the disrespect from LaLa he wants it all back ASAP.

50 also showed off a long text chain between himself and Emmett, where the producer was apologizing for LaLa. “I’m sorry again,” Emmett begged, before claiming, “I’m heading to the emergency room. I’m not doing well. I’m sorry for everything.”

50 wasn’t buying it and said, “Get the f*ck out of her eRandall you told your girl to say that bullsh*t.” He added, “Did you tell her you owed me a million dollar over 6 years. Keep playing with me and get ya f*cking head cracked in front of everybody.”

“I want all my money Monday f*ck that, if he ain’t got it he can put his Rolls Royce on the truck to NY. The friend sh*t is over rated,” 50 announced. He also showed another text chain where Emmett profusely apologized and said, “I said I’m sorry fofty.”

The rapper is not showing any mercy, and does not appear to be letting Mr. LaLa Kent off the hook.

You might wanna get fofty his money, Rand, just ask Teairra Marí. 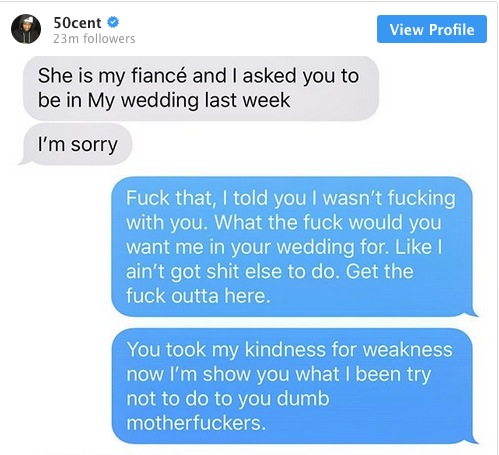 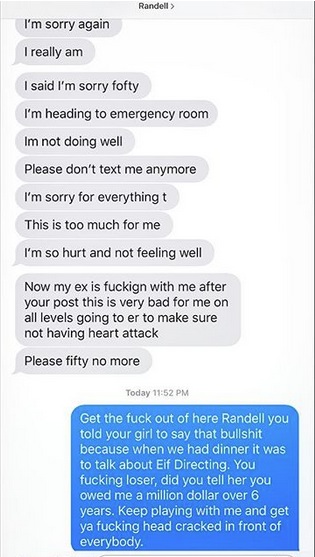