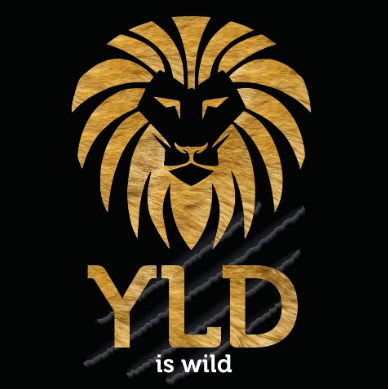 “YLD is wild” is the debut album from London-based songwriter/producer, YLD (pronounced ‘wild’), aka Geoff Wilkinson from seminal jazz/hip-hop outfit Us3. The album marks something of a departure from the sound of Us3, who had a top ten worldwide hit with “Cantaloop” and a platinum selling album with “Hand On The Torch”. “YLD is wild” features track after track of pure, unadulterated R&B slickness.

Working alongside 5 talented and soulful female vocalists from both sides of the Atlantic (Kelly Agbowu, Liisi LaFontaine, Liz Jai, Robin May and Courtney Bennett), along with a guest appearance from NY rapper Akil Dasan, YLD rides the wave of current R&B talent, with each of the vocalists bring something different to the table:

“There’s a lot of adventure in R&B at the moment, more so than Hip Hop. I also noticed an abundance of great underground vocalists in London, and wanted to showcase the best I could find” says Geoff. “All of the singers have their own individual styles and it was a real treat working with them in my studio. Kelly & Robin have experience of theatrical productions in London’s West End, and are both blessed with big powerful voices. That led me to finding Liisi who played Deena Jones in the London stage version of “Dreamgirls”. Liisi definitely brought a chilled out LA vibe, whereas Courtney sounds 100% London to me, which I love. I have known Liz for a few years and have always wanted to collaborate with her, she has a very cool 80s influence in her style.”

Injections of musical innovation can be found in every track on the album, something that is perhaps to be expected from a producer considered by many to be a pioneer of an entire genre. The lead single, for example, is a 21st century update of the classic Curtis Mayfield song “Give Me Your Love” (featured in the 1972 blaxploitation film “Superfly”) and fuses together the soul of the original with afrobeat-inspired drums and a sprinkle of jazz in the brass accompaniment. The resulting vibe is both contemporary and classic at the same time.

R&B has been having something of a renaissance in the last few years and we are seeing more young artists following in the footsteps of Jorja Smith, H.E.R and SZA, releasing silky smooth, sultry music. Not only is YLD’s album timely but the incorporation of non-traditional elements (jazz, afrobeat, rap), alongside flawless production and some of the best unknown vocalists you’ll hear all year, make “YLD is wild” stand out from the pack.