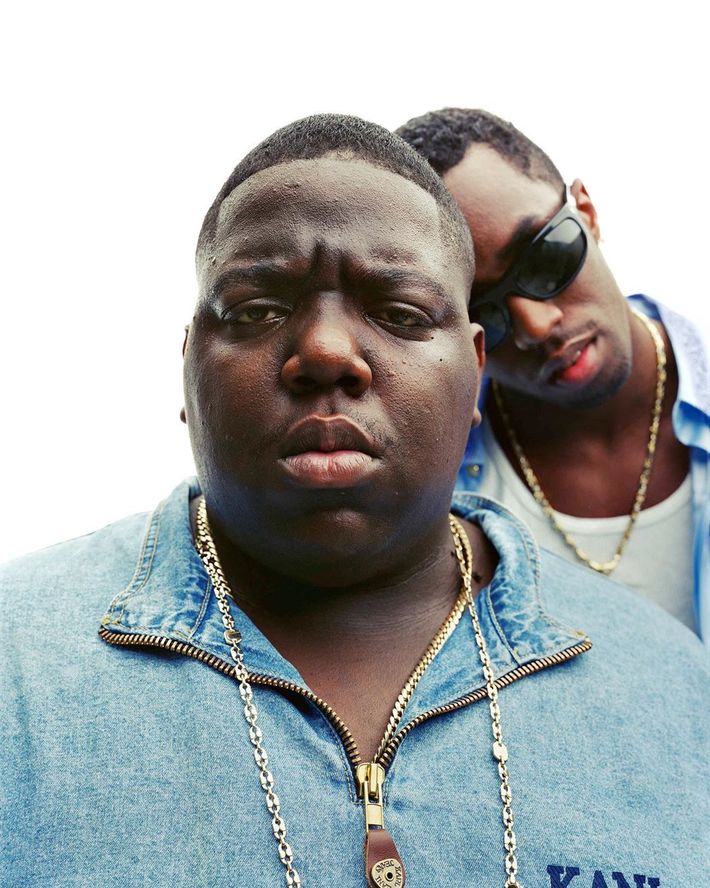 The plastic topper worn by Christopher “Notorious B.I.G.” Wallace in his last photo shoot sold for $594,750 (including Sotheby’s “buyer’s premium” fees and taxes) during an auction Tuesday night — despite its original $6 price tag.

At the auction house’s first hip-hop memorabilia auction — which featured a one-of-a-kind Def Jam Recordings jacket, a triptych of pioneering DJs painted by Fab 5 Freddy and Judith Leiber’s crystal-encrusted handbag inspired by a boombox — the crown’s original purchaser said he didn’t buy the royal-rig for its gold content and embedded jewels.

“This crown is a novelty item; I bought it at a place on Broadway called Gordon’s,” Barron Claiborne, a 52-year-old photographer who lives in Brooklyn, told The Post. Claiborne owned the crown and used it in the stunning Rap Pages magazine cover-photo he took of Biggie in 1997. “Without Biggie, the crown would not be worth [six figures]. I only paid six bucks for it.”

What did Claiborne make of the fact that his crown — along with a pair of prints from the session, plus a photo contact sheet — opened with a quickly met estimate of $200,000 to $300,000?

“Some people have told me that it’s too low,” Claiborne coolly stated ahead of the hammer coming down. “That shows you how strong the symbol really is. I always thought Biggie was a king.”

In fact, he admitted the payday is a step up from what he earned for shutterbugging the rapper.

“I’m not sure that I even got paid for it,” he said. “I was mostly shooting celebrities and reportage. I did this because I liked taking pictures of Biggie. The time before, I photographed him in a white suit — instead of the tracksuit that most rappers were wearing back in 1997.”

Amazingly, the royally inspired shot of Biggie Smalls — designed to illustrate yet another one of his nicknames: King of New York — almost didn’t happen. Sean “Puffy” Combs, the owner of Bad Boy Records, the label for which Biggie recorded, was at the shoot and scoffed at Claiborne’s concept.

“He said it would make Biggie look like Burger King,” recalled Claiborne. “But Biggie didn’t listen. He wore it anyway. And nobody’s ever told me that they look at the photo and think the crown is plastic.”

That’s a testament to “the charisma of Biggie Smalls,” he said. “His power cancels out the fact that it is a novelty crown.”

Tragically, though, even bulletproof charisma cannot deflect real bullets. At the time of the photo session, Biggie was in the middle of an East Coast-West Coast beef. Considering that none of the parties involved were, at the time, the types to settle differences in their lawyers’ conference rooms, things were life-or-death fraught. Inside Claiborne’s Grand Street studio, there were whispered concerns about an upcoming trip to Los Angeles.

“People were saying he shouldn’t go to California because of all the tension,” said the photographer, adding that Biggie died from gunshot wounds in LA on March 9, 1997 — three days after the session. “He had to be somewhat worried.”

The murder remains an open case.

As far as whom he thought would pay top price for the crown, Claiborne figured that several hip-hop moguls would be among the high bidders, dropping the names of Jay-Z, Nas and even the once-skeptical Puffy.

“Everybody in hip-hop is really inspired by Biggie,” Claiborne said. “The photo means a lot to people – more than I ever expected it to.” 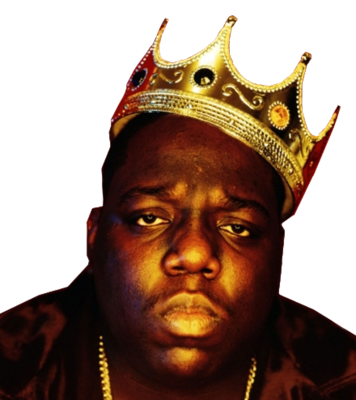