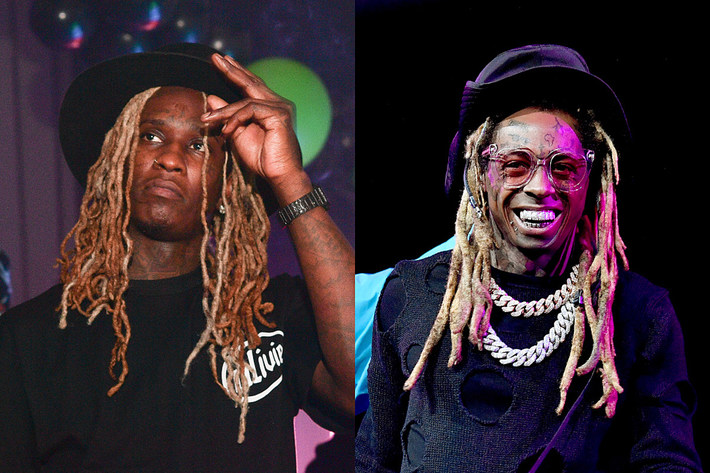 Fulton County, GA – The 2015 shooting involving Lil Wayne's tour bus is reportedly mentioned in the 88 page indictment against Young Thug and 26 others that was handed down earlier this week. According to the prosecutors pointed out the man who shot at the bus, Jimmy Winfrey (also known as Peewee Roscoe), has ties to Young Slime Life (YSL). Winfrey is also part of the indictment, charged with aggravated assault with a deadly weapon. At the time of the tour bus shooting both Young Thug and Birdman were listed as co-conspirators, although they were never charged. The current RICO case alleges YSL is a Bloods-affiliated “criminal street gang” that has participated in murder, armed robbery, obstruction, witness tampering and a plot to kill YFN Lucci while the rapper was behind bars. Young Thug was taken into custody on Monday (May 9), shortly after the Feds raided his home, and booked into Fulton County Jail. He appeared in court on Tuesday (May 10) via video where Judge Rashida Oliver read his charges: conspiracy to violate the Racketeer Influenced and Corrupt Organizations (RICO) Act and participation in criminal street gang activity. Meanwhile, Gunna surrendered to the authorities on Wednesday morning (May 11), charged with one count of conspiracy to violate the Racketeer Influenced and Corrupt Organizations (RICO) Act. Young Thug’s charges are much more serious than Gunna’s, but attorney Brian Steel insists his client is innocent and vows to clear his name.