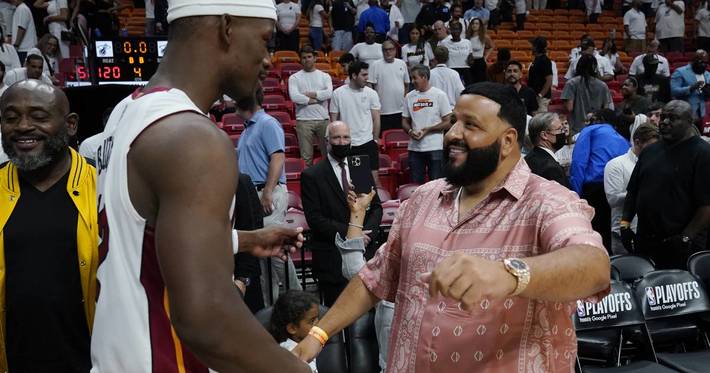 DJ Khaled during the Miami Heat playoff game on Tuesday jumping up from his courtside seat to assist his beloved team including giving Erik Spoelstra a shoulder massage The hilarious moment went down in the third quarter of the Heat's second-round matchup against the Philadelphia 76ers when the mogul hopped up to snag a ball that went out of bounds. Khaled was up, he decided to pump up the crowd by clapping and cheering and when he made his way back to his seat, he gave Coach Spo's shoulders a squeeze. Of course, it's reminiscent of what Drizzy did to Toronto Raptors coach Nick Nurse back in the 2019 playoffs when he tried to calm him down after a Fred VanVleet three-pointer. Khaled should be careful, though the NBA had to talk to the Raps regarding Drake's sideline antics but ultimately, nothing serious happened. Spo seemed to love Khaled's gesture aying, "That was funny. I didn't even notice him until the end, what he was doing to get the crowd fired up. But, I loved it," he added. "That's awesome. I was humbled to be part of that moment. He's such a great fan there. Over the years, I've said hello a few times. But, that was the best interaction and that was genuine. 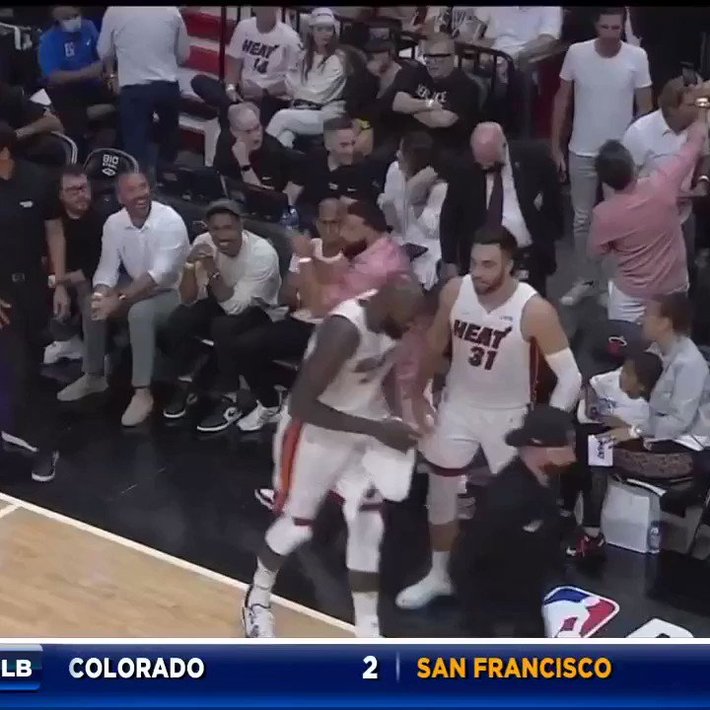