Biggie And Tupac Auction At Sotheby’s 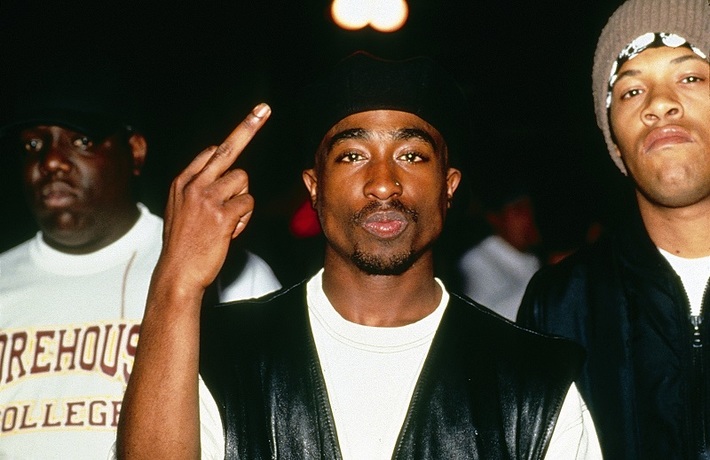 The upcoming Sotheby's auction dedicated to hip hop artifacts -- the first of its kind for the auction house -- is brimming with totems that transport you back to the music and culture's early days.

You can bid on flyers announcing concerts from the late '70s and early '80s headlined by the likes of Grandmaster Flash and The Funky 4 MCs, once-coveted jackets bearing the logo of Def Jam Records -- the first home of LL Cool J, Public Enemy and the Beastie Boys -- or a diamond eye patch worn by the legendary MC Slick Rick. This impressive collection includes classic pieces evoking hip hop's connections with graffiti, its obsession with sound equipment and its followers' way with fashion.

There are also two very special pieces from the '90s. The crown worn by The Notorious B.I.G. in the final photo shoot taken before he died, and love letters written by a teenage Tupac Shakur. More on those in a minute.

The idea that classic hip hop culture could be significant to Sotheby's seems somewhat ironic. Back when rappers were wearing these now-auctionable items, those who valued Sotheby's as arbiters of taste would likely have dismissed hip hop in the same breath.

When hip hop was a new, revolutionary New York subculture, many Americans were scared of it -- they were worried it was going to ruin the young generation. I was a part of that young generation, and I loved hip hop from the first time I heard "Rapper's Delight." I loved going to the record store and buying the latest cassettes from Run-DMC, LL Cool J and Kurtis Blow.

Of course, much of the older generation that thought I and other hip hop-obsessed kids would end up as criminals or gang members had loved rock n roll when they were younger, and had been told by their elders that that music would ruin their lives. But as adults they were scared of this new Black urban sound and style -- so much so that in the early '80s the mere hint of a hip hop beat and the sight of a breakdancer in a Kangol hat could make many clutch their pearls and run across the street for safety.

These days, hip hop is a global phenomenon with none of that fear-inducing potential. It is the mainstream: The house band on the Tonight Show with Jimmy Fallon is hip hop group The Roots. McDonald's has a new commercial featuring rapper Travis Scott promoting the combo meal that bears his name. Kanye West is no stranger to the Oval Office, just as Jay-Z and Pulitzer Prize winner Kendrick Lamar were White House visitors during the prior administration. Now that hip hop has become an institution, it makes sense that an institution like Sotheby's is ready to immortalize its early days.

From the comfortable remove of nearly five decades, it's much easier to see hip hop's importance.

For many current fans, most of the items up for auction might represent a moment that has almost nothing to do with the culture they know now.

Still, the two items on the auction block that connect lovers of this music today to its history are the artifacts from Biggie and Tupac, two men who remain at the spiritual core of hip hop. You still regularly hear their names in rap lyrics, and I've seen shrines to Tupac in many rappers' home, while Biggie's face is painted on walls all over Brooklyn.

The crown Biggie wore in a photo shoot -- cocked to one side like a baseball cap -- that took place just three days before his death is up for sale. And it brings me back to one of the core messages of hip hop: so many MCs are self-crowned kings.