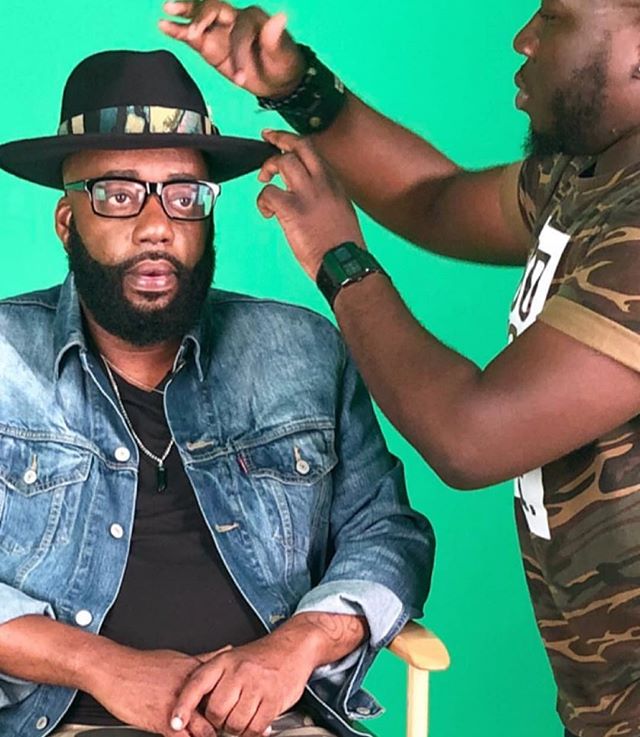 Shelby Lowery infamously was known as Soullow but best known alongside Keyshia Cole's sister Neffe on the hit reality docudrama Keyshia Cole: The Way It Is while later landing a starring role on the Frankie & Neffe Show. Recently, the former reality stars Neffe and Soullow appeared on Dr. Iyanla Vanzant?s Fix My Life: The Return of Neffe & Soullow. The newly divorced couple vigorously fought to repair their devastated marriage on the OWN Network Channel.

Soullow has since picked up the shattered pieces of his failed marriage and his overshadowed existence to sign a multimedia deal with Power Records and a book deal with Power Records Media distributed through Simon & Shuster. His current production series, Dating Soullow is a quest to find true love within an industry of hidden agendas for fame and the spotlight.

Soullow was born and breed on the south side of Chicago to a young mother. He indulged himself within the confinements of music to escape the street's invasion of drugs and mass murders and the molestation that plagued his juvenile normalcy. Being the oldest of ten siblings, he quickly learned to be the dominating force his family needed.

Power Records, a division of Power Entertainment, is one of the first independent record labels with solidifying charting topping artists out of the South, West Coast, and the Midwest. With more than 25 years in the music and media industry, Power has systematically produced hits like Freak Nasty's Da Dip. Da Dip was one of the top charting records that charted for 56 weeks overthrowing pop icons, The Beatles chart record. Power was also home to the late rap legend MC Breed; producing his first hit single, "Aint No Future in Yo Frontin," far surpassing over a million copies. Power continues to reinvent its brand by diversifying its wealth of knowledge and expertise through film, music, and literature.

Soullow's highly anticipated single rightfully titled, I.F.W.U. amidst the accusations of martial neglect, is now available http://smarturl.it/I_F_W_U under the umbrella Power Records/Tommy Boy Records. The lyrically melodic single glorifies Soullow's commitment of holding his woman down when she gets criminally intertwined within the law and his defiance to abandon her, against all odds. I.F.W.U. is a vibrant inspiration to love and loyalty within a scared relationship.