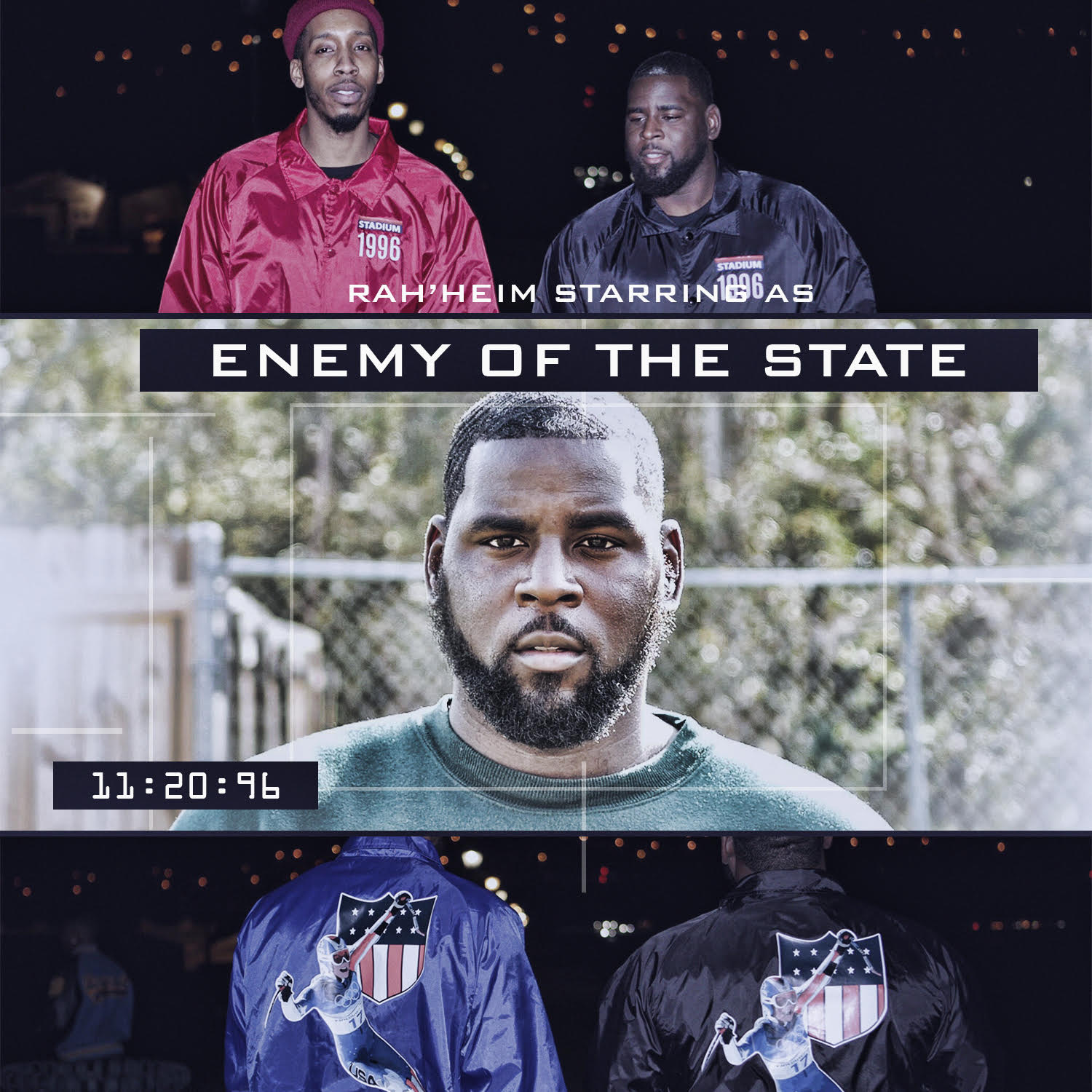 NOLA Emcee and designer Rah’heim serves up his latest helping of food for the soul with his offering on Enemy Of The State. 2018 has been big as we saw Rah’heim release Winter Games 96 and Thank God For 96 on the music side in addition to releasing his 96 Stadium Collection and Live 96 on the clothing side. The “96”symbolizing where Rah’heim got the inspiration to rhyme he sites Nas,UGK, OutKast, and Notorious BIG as big inspiration. Closing the year out with a bang on Enemy Of The State we saw Rah’heim get funky over east coast boom bap and put his own New Orleans flavor on it. The 6 song ep packs a big punch and simply oozes punchlines metaphors and high end fashion references of the late 90’s. Rah’heim seems at home with his vintage style and refreshing sound for the latest on u can follow Rah’heim on instagram @1996_rahheim and Twitter @Rahheim96