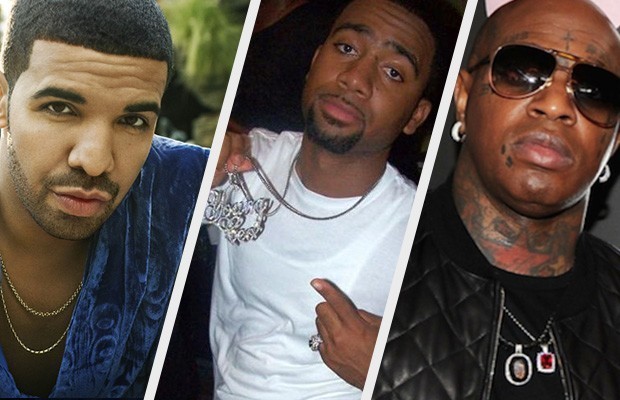 Birdman might have one less lawsuit on his hands -- the war over Drake's millions upon millions in royalties is one step closer to being settled ... and Drake's pal Jas Prince is finally getting paid.

Jas Prince sued Cash Money Records and Aspire Music Group for unpaid royalties on all Drake's catalog of hit songs. Jas hooked up Drake with Birdman and Lil Wayne, in…

Freeway Rick Ross Arrested After Being Caught With $100,000 Of Suspected Drug Money Former Los Angeles crack cocaine kingpin (Freeway) Ricky Ross might have fallen back into the game. 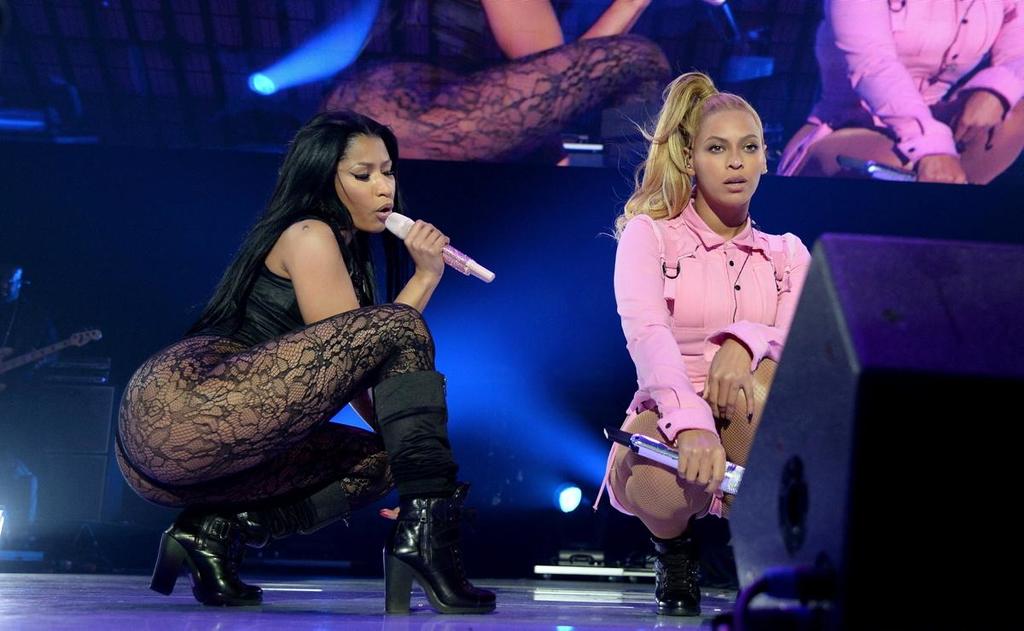 Nicki Minaj and Beyonce stole the show at the Tidal X Concert on October 20. The awesome duo performed live their hit “Feeling Myself” single for the first time.

The “Anaconda” singer and Queen Bey were among the long list of performers for the Tidal X: 1020 charity gig held in Brooklyn, New York.

The event was put together to celebrate the online… 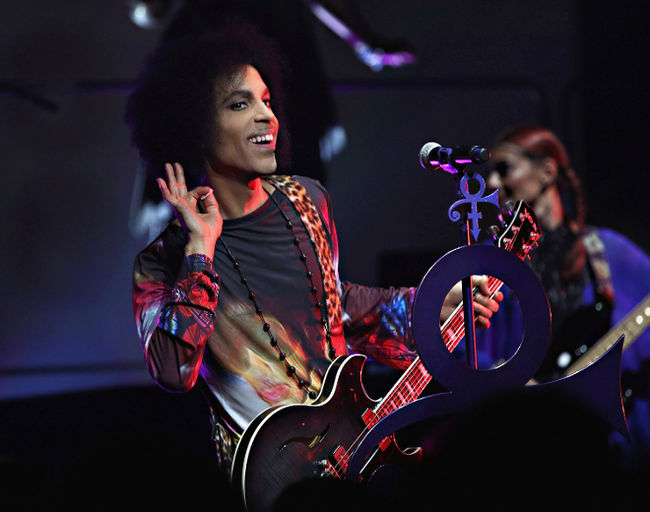 Prince is finally ready to #partylikeits2015.

The Purple One has joined Instagram— another sign of the times that the once famously anti-Internet superstar is suddenly feeling all lovesexy about this whole Web thing.

The “Dirty Mind” singer made his first post on the verified account on Thursday. Since then, he has been posting content as ceaselessly as he used… It's been 30 years and Salt-N-Pepa is still pushing it.

Cheryl James (Salt) and Sandra Denton (Pepa), who splashed onto the music scene in 1985, will be honored by the American Society of Composers, Authors and Publishers on Wednesday night.

Harry Belafonte Falls Sick On His Way To Receiving Honor 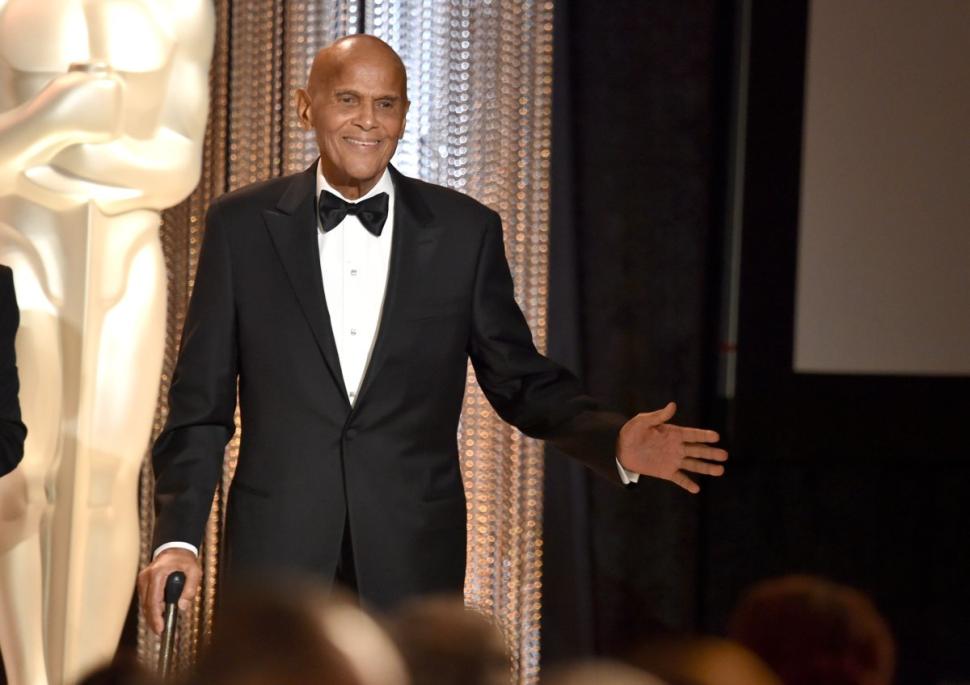 Harry Belafonte, the activist and performer, was en route to receiving an honor at the Four Seasons Restaurant when he was struck ill Thursday night.

The 88-year-old rallied and called in his regrets, but skipped the reception. 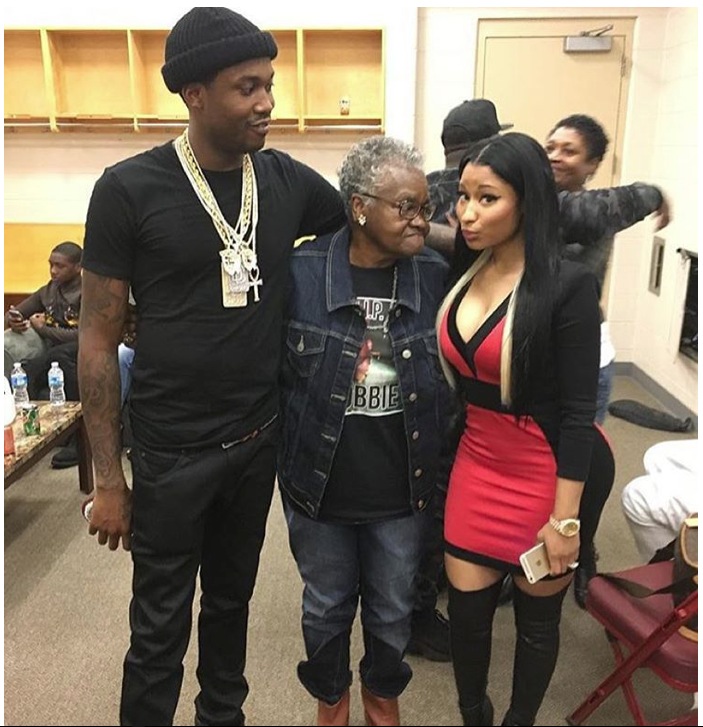 Meek Mill Throws Shots At Drake During His Powerhouse Performance at The Barclays Center. 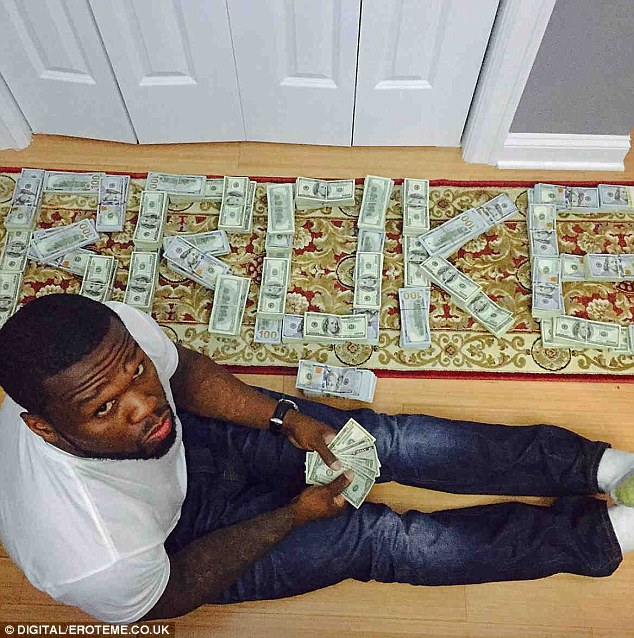 Rapper Curtis Jackson, aka 50 Cent, has already racked up tens of thousands of dollars in legal fees since filing for Chapter 11 protection in July to reorganize his mounting debts.
Three different law firms are tied to Jackson's bankruptcy, according to the electronic docket for the US Bankruptcy Court for the District of Connecticut.

One of those firms, Robins… CeeLo Green says he has grown personally and professionally and wants to return to "The Voice."

"I've talked very possibly about doing 'The Voice' again," Green said in an interview Wednesday. "So I just kind of put that out there, wishful thinking, kind of willing it. Because I would love to do it again."

An original coach when the show premiered in… 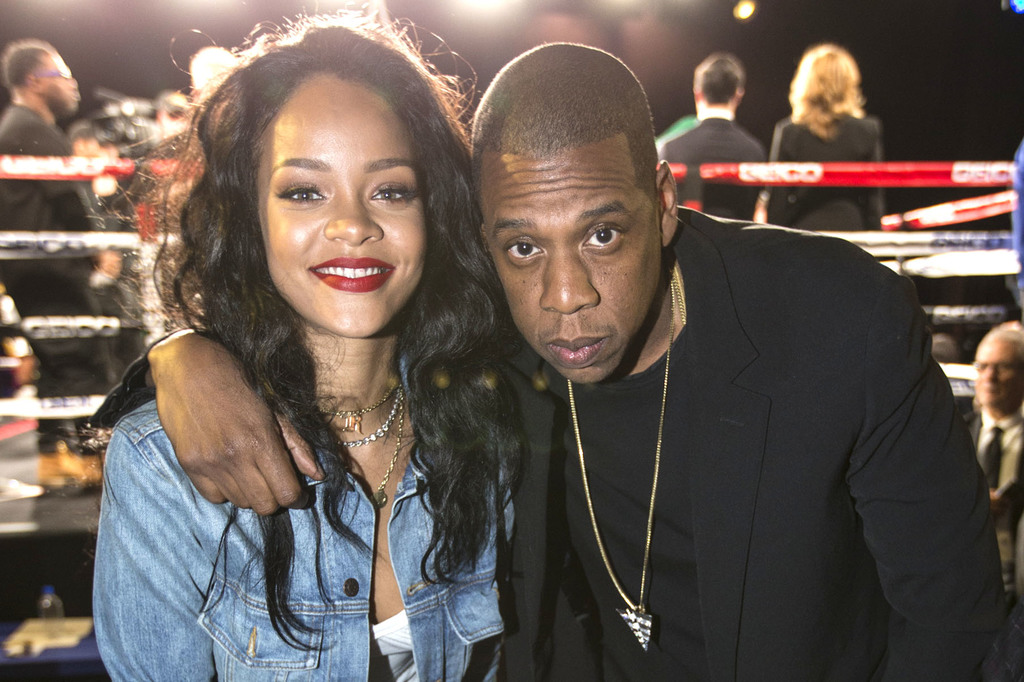 “I apologized to her ... this whole thing is very awkward,” Jonathan Hay said in an email to The Daily News.

Hay, who said he apologized earlier to Jay Z, has branched out from being… 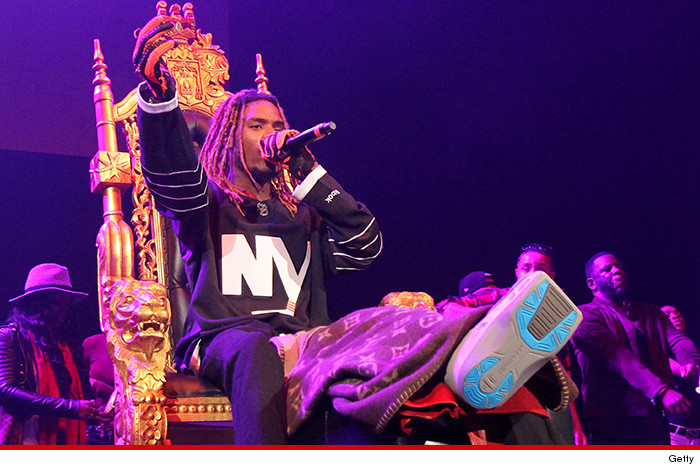 Fetty Wap took a page out of the Dave Grohl playbook, performing for the first time since busting his leg ... and he did it from a gold throne! Pimpin' ain't easy.

Fetty played the PowerHouse concert Thursday night in Brooklyn -- his first gig since that brutal motorcycle accident a month ago.… 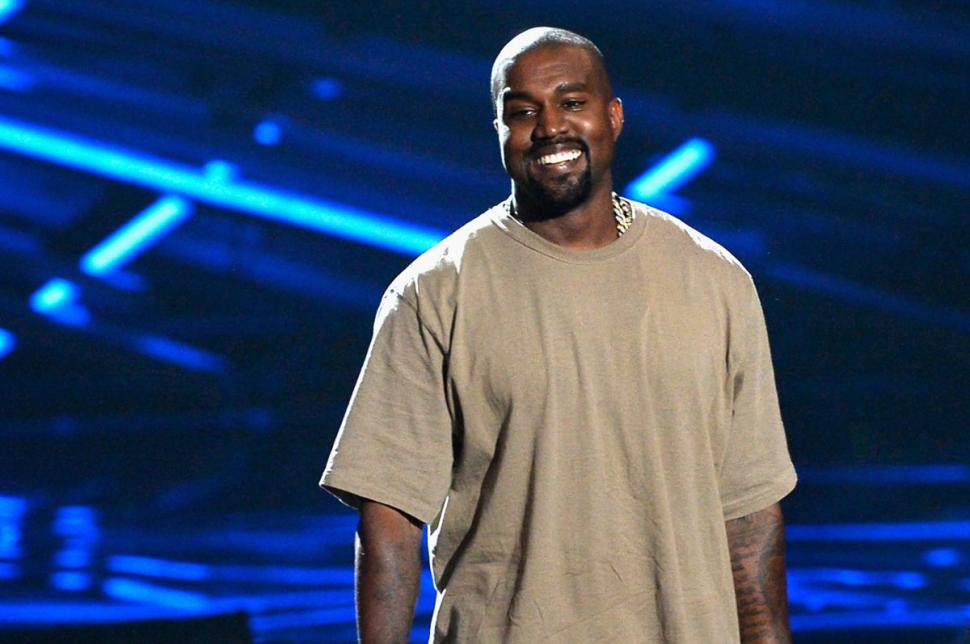 The self-proclaimed "God of Rap" is now the King of Shoes, too.

West’s highly coveted shoe launched online in June, only to sell out worldwide after a few hours.

Lawsuit Against Beyonce For "XO" Gets Dismissed Beyonce just won a victory in court -- her song "XO" was not a rip-off of a song called, "XOXO" -- and one of the main reasons is, for once, Bey wasn't raunchy or sexy enough ... according to a judge, anyway.

A federal judge threw out the lawsuit a singer named Ahmad Javon Lane had filed against Beyoncé -- accusing her of copying his tune, "XOXO." The judge said the…

Lark Voorhies Files For Divorce After 6 Months Of Marriage The "Saved by the Bell" star, 41, who played the effervescent Lisa Turtle on the hit '90s show, said "I do" in a secret ceremony in Las Vegas in April after a year-long romance that began on Facebook.

Voorhies asked the court not to grant her ex…

Fetty Wap isn't letting his busted leg stop him from wheelin' through the burrito assembly line at a Chipotle.

Fetty got a new 2-wheeler after his nasty motorcycle spill -- and he showed off his wheelchair skills while grabbing lunch Monday in New Jersey.…

Amber Rose Slams GQ For Labeling Her After She Poses Naked Amber Rose is a stripper-turned-model, a feminism activist and the author of a soon-to-be-released how-to book — but don't cheapen her as "Kanye's infamous ex" or Wiz Khalifa's baby mama."

Meek Mill Says Wale Is Kicked Out Of MMG 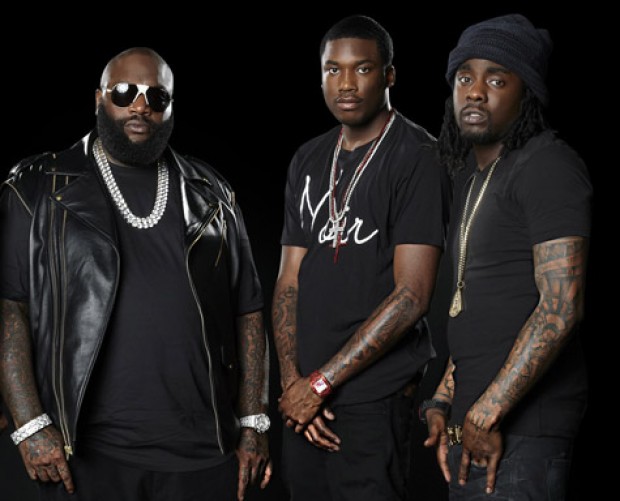 Meek Mill just went off.
Following an interview this morning on Power 105.1’s The Breakfast Club where Wale alluded to the end of MMG and said that Meek Mill brought “a pencil to a gun fight” versus Drake, Meek Mill went on a vicious rant against the D.C. rapper. “Niggas b doing all this to drop a new record gossiping about they hoe ass feelings and they personal life… "Chris may be best known as a stand-up comic, but we think of him as a… 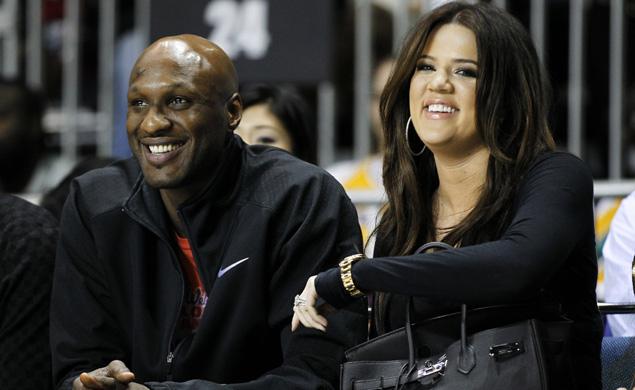 SNOOP'S SON CORDELL SAY'S I ONLY PLAYED FOOTBALL TO MAKE MY FATHER LOVE OF ME! 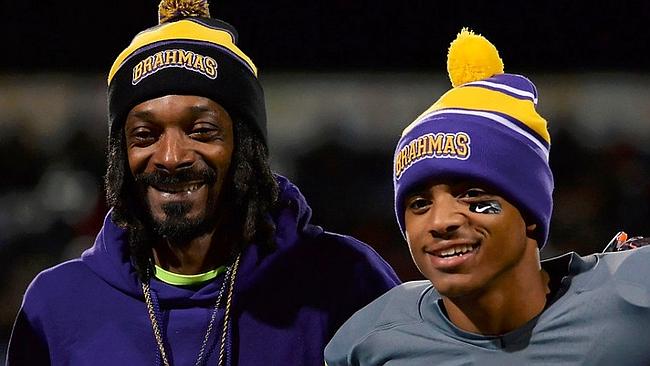 A bombshell revelation from Snoop's son Cordell Broadus -- who just admitted he only played football because he thought it was the only way to make his father love him ... only to realize he misjudged the situation.
Cordell was one of the top high school wide receivers in the country and shocked the football world this year when he walked away from UCLA, which…