Rapper Trina is on the attack ... BLASTING her ex French Montana and Khloe Kardashian for screwing behind her back -- and TMZ obtained a snippet of her new anger filled track about the affair.

Trina never mentions either French or Khloe by name in the new song called "F*** Love" ... but sources close to the rapper tells TMZ their tryst last year was definitely the… 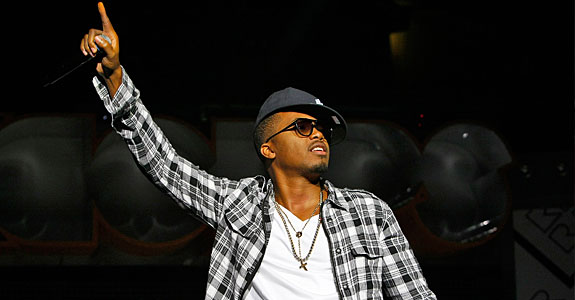 To coincide with his upcoming tour and the ongoing 20th anniversary celebration of Illmatic, Nas is giving fans a chance to catch his Time Is Illmatic documentary during a one-night-only screening in select theaters nationwide on October 2. The film, which gives viewers an inside look at the making of Nas' timeless classic album, Illmatic, will then be available on iTunes,… 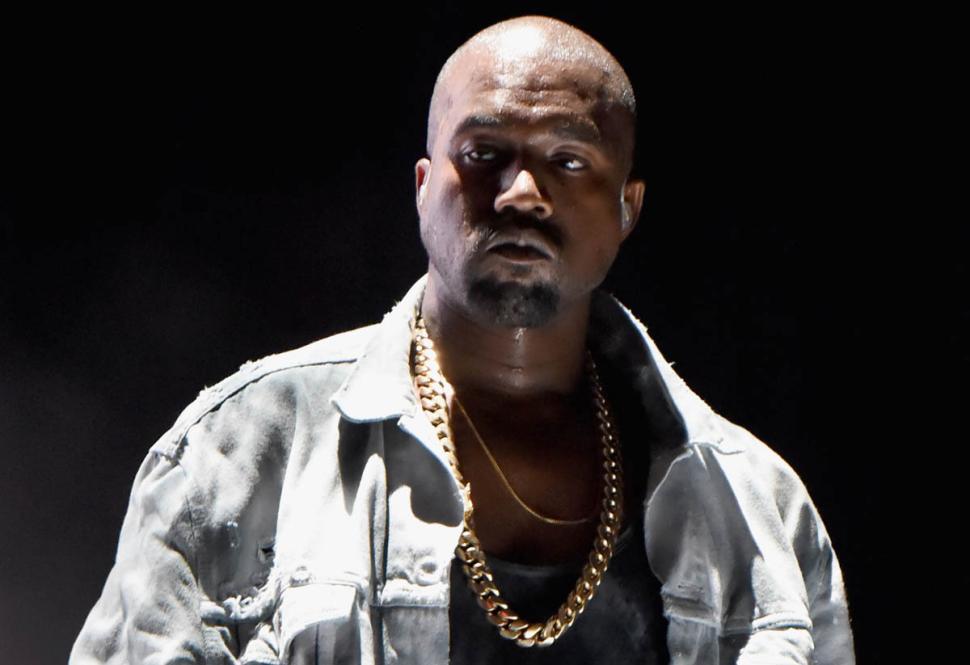 Kanye West said to stand up!

The outspoken rapper demanded his fans get up out of their seats during his show at Qantas Credit Union Arena in Sydney, Australia Friday night. When West noticed that there were a few fans still seated, he halted the show until they also obliged.

"I can't do this show until everybody stand up," he insisted. "Unless you got a… 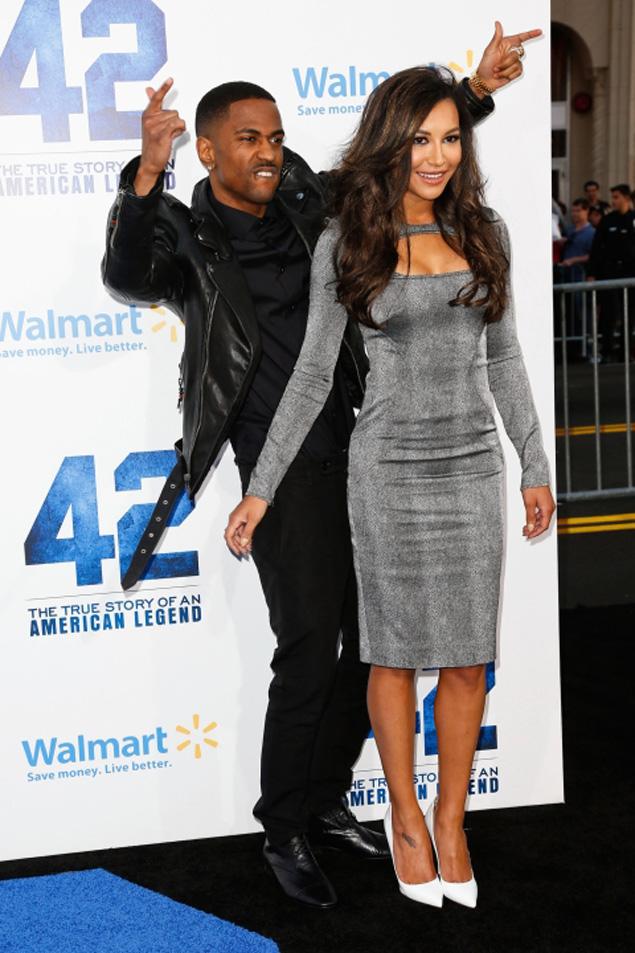 Big Sean is so damn happy Naya Rivera is out of his life, he rapped about it on his new single ... and the track is pretty vicious.

"I Don't F*** With You" is all about how infrequently Sean thinks about Naya after their nasty break-up ... even though the whole track is about her. So ... irony?

Man Arrested For Feeding Girlfriend Her Own Dog A Shasta County man is facing stalking and animal cruelty charges after reportedly killing his girlfriend's dog and feeding it to her.

Ryan Watenpaugh, 34, was arrested during a traffic stop on the 8000 block of Silver Bridge Road in Palo Cedro at about 6 p.m. Thursday.

Watenpaugh's girlfriend told police he had assaulted her in her Redding home on August 4.… 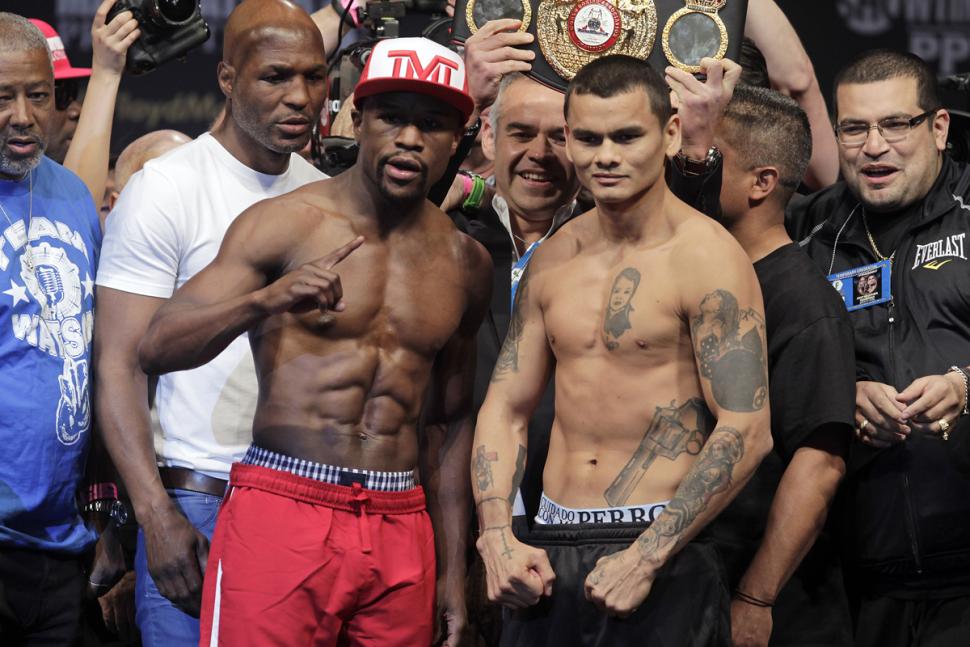 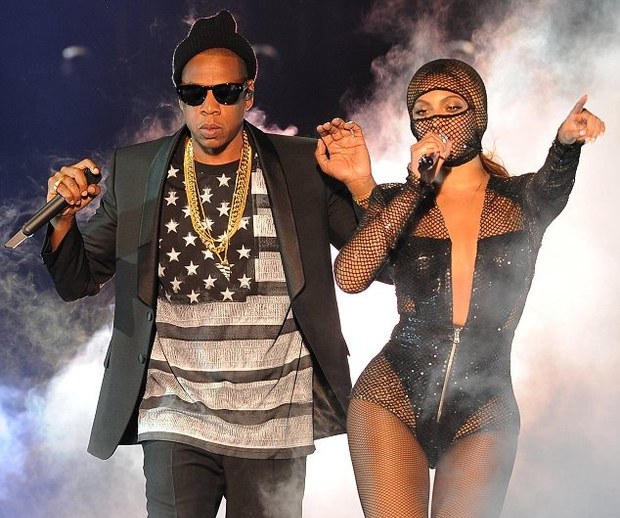 During the On The Run tour stop in Paris yesterday (September 12), Jay Z announced that Beyonce was pregnant, according to Black Americaweb.

The Brooklyn rapper changed the lyrics to “Beach Is Better,” rapping “'Cos she pregnant with another one.”

On the Magna Carta… 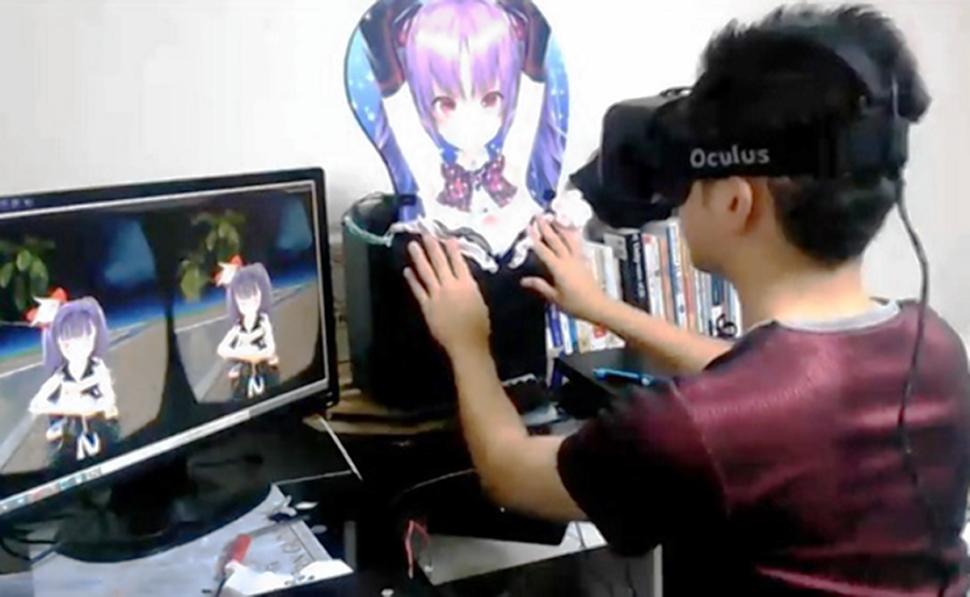 The controversial invention will go on display this weekend in Japan.

Users put on a head-mounted display where they can see a virtual girlfriend. The game also comes complete with a pair of fake breasts.

Players can grab hold of the fake boobs… 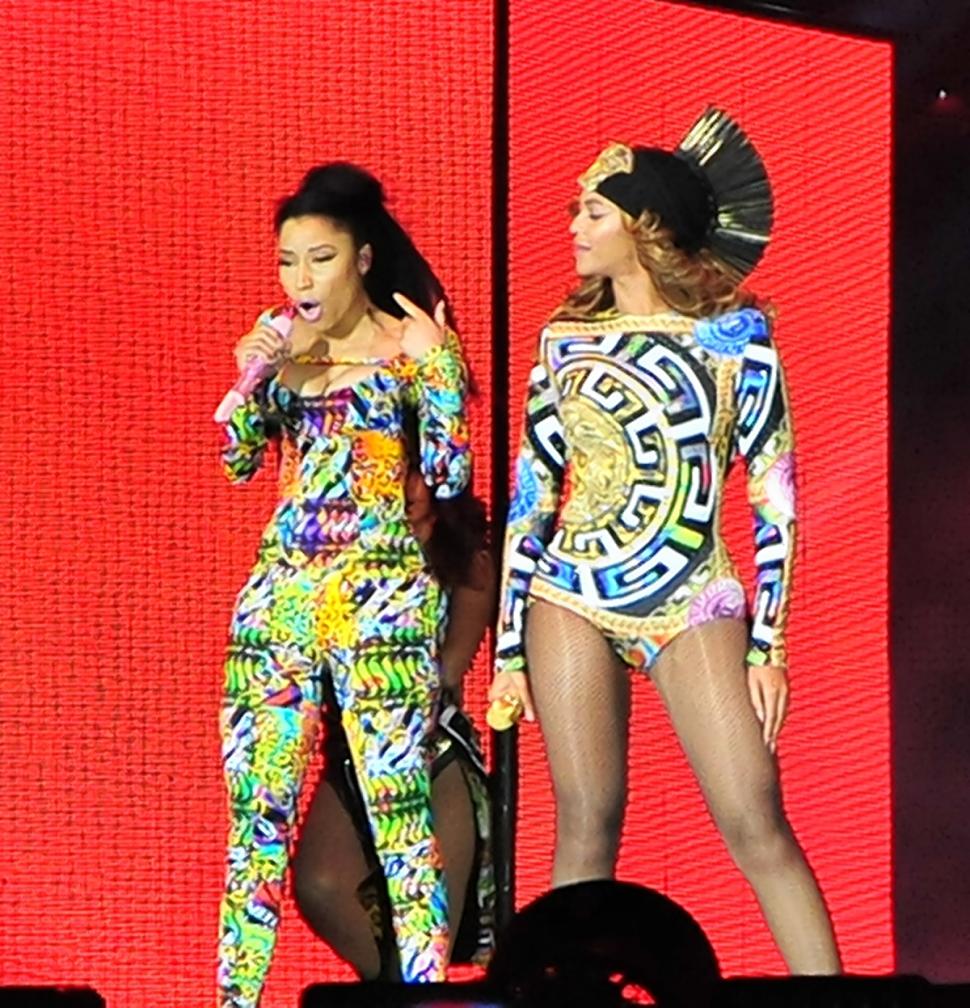 Beyoncé and Nicki Minaj just took their flawless level up a notch.

The superstar singers shared the stage together Friday in Paris for the first-ever live performance of their remix rendition of Queen Bey's track "Flawless." The rapper successfully moved 113,000 units of his full-length effort, exceeding the earlier projections by a good margin.… Adrian Peterson, a star running back for the Minnesota Vikings, has been charged in a child injury case in Montgomery County, Tex.

Rusty Hardin, a lawyer for Peterson, 29, confirmed the indictment in a statement, explaining that the case stemmed from his discipline of his son — spanking him with a tree branch. Peterson has cooperated with law enforcement in the case… 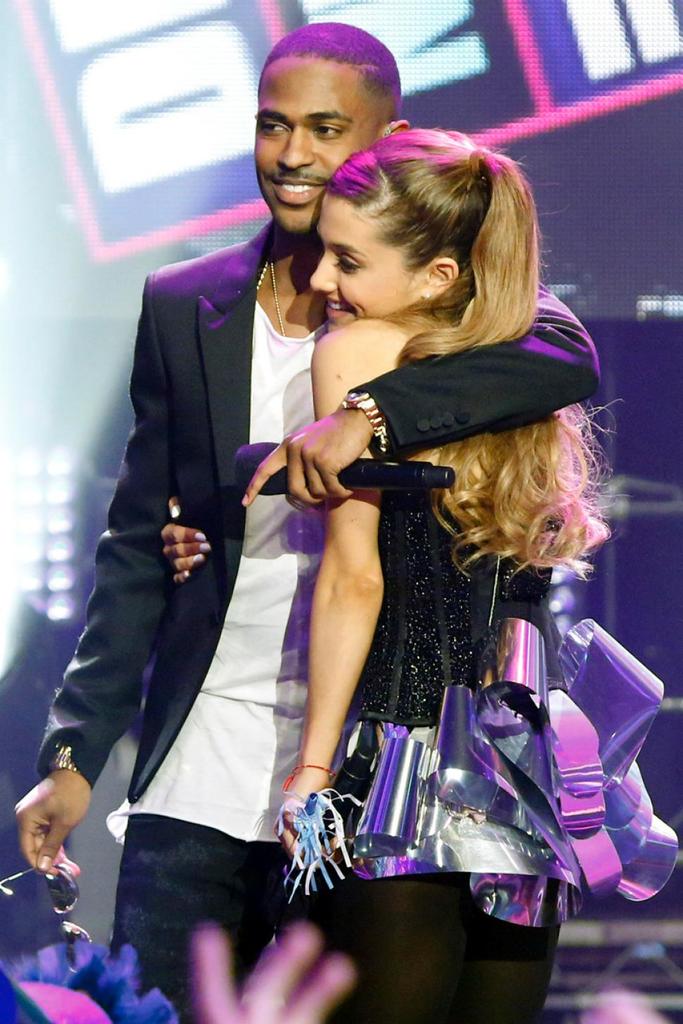 It was just announced on social media that Big Sean is now part of the Roc Nation family.

According to the official Twitter account of Jay-Z‘s Roc Nation label, Big Sean is now an artist of Roc Nation. Contrary to rumors, Big Sean will… Chris Brown has a message for Ray Rice.

The 25-year-old singer, who was convicted of physically assaulting then-girlfriend Rihanna on the eve of the 2009 Grammy's, was asked by MTV's Sway Calloway Thursday what advice he would give to Baltimore Ravens footballer after the video was released by TMZ earlier this week of him knocking his wife Janay Rice unconscious in an…

Taraji P. Henson Says She Gets Treated Like She's A D-List Star Taraji P. Henson has starred in blockbuster hits, but feels Hollywood has shunned her talent.

"I'm treated like I'm on the D-list," the 44-year-old Oscar-nominated actress said in the October Ebony cover story.

Henson has come a long way since her breakout role in 2001's "Baby Boy" with Tyrese Gibson, starring in countless films such as "Hustle &…

They don't want none.

Nicki Minaj claims her alma mater, Fiorello H. LaGuardia High School, turned her down when she offered to go back and speak to students.

The "Anaconda" rapper vented on Twitter, claiming she just wanted to go back to the performing arts school to "inspire" its current pupils.

"That school changed my life and I wanted to pay it… 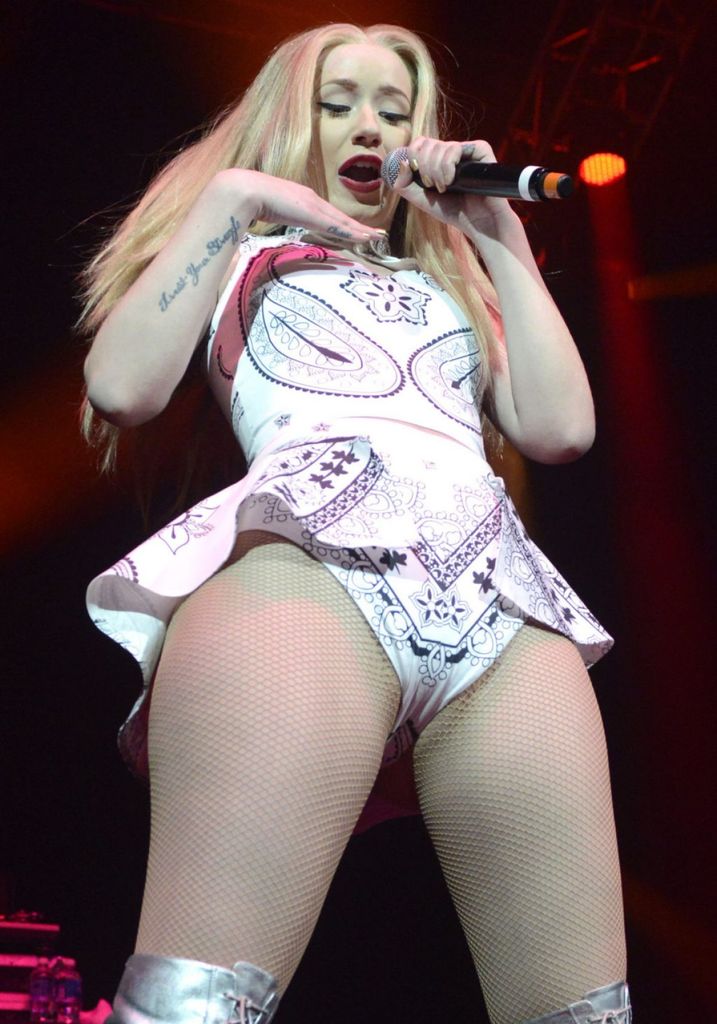 Iggy Azalea's legal team now says it may indeed be her in that sex tape ... but there's also a chance she was under 18 when it was shot.

It's a big change from what her people told TMZ just 2 days ago ... that NO Iggy sex tape exists. Now it sounds like it does ... but with legal peril. 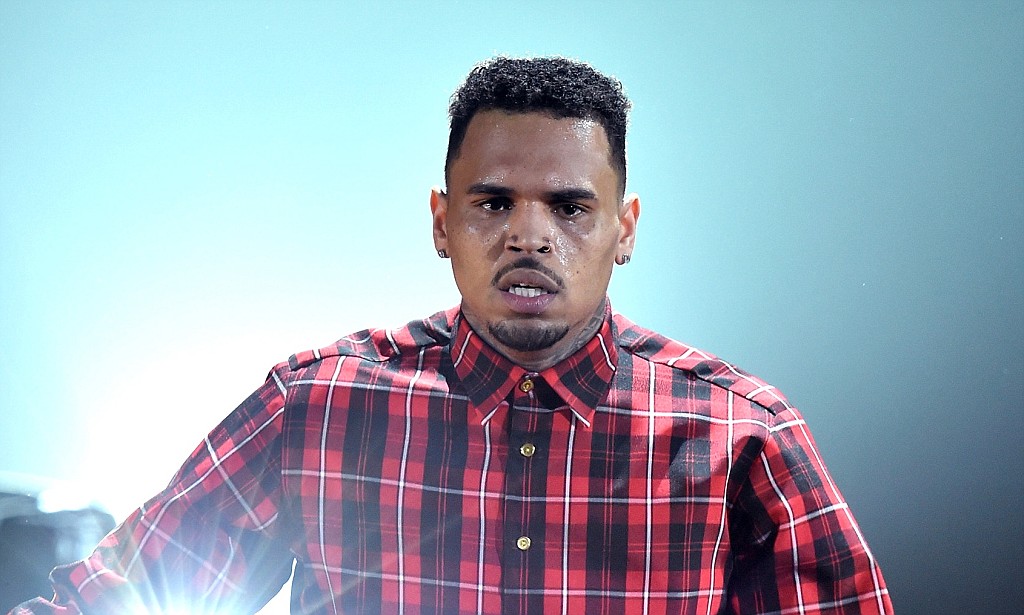 A bottle-throwing brawl erupted at a club where Chris Brown was performing early Thursday morning, and police want to know if he was involved.

It all went down at the VIP Room in the Meatpacking District where Chris was performing for a New York Fashion Week after-party.

Police arrived at the club at around 3:20 AM, after reports of a bottle-throwing…

Kanye West Rushed To The Hospital In Australia For A Headache 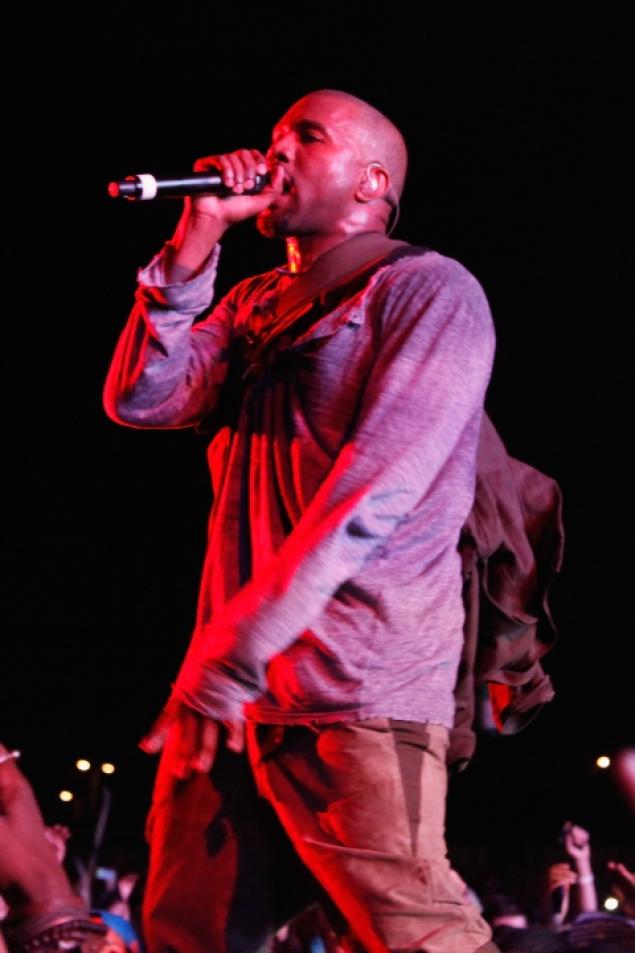 It sounds like Kim Kardashian had quite a good scare earlier this week, as Kanye West was taken to the hospital after possibly suffering a seizure.

Supposedly he was rushed to Epworth Hospital in Richmond, South Australia, through a back entrance. Eyewitnesses report that he had bodyguards all around him and had one side of his face covered up.

Iggy Azalea Says It's Not Her Sex Tape Vivid honcho Steven Hirsch tells TMZ he has seen some footage which he says appears to be Iggy with an ex-boyfriend -- and from the little he's seen ... he's sure it…

Floyd Mayweather Jr. To Retire From Boxing In 2015 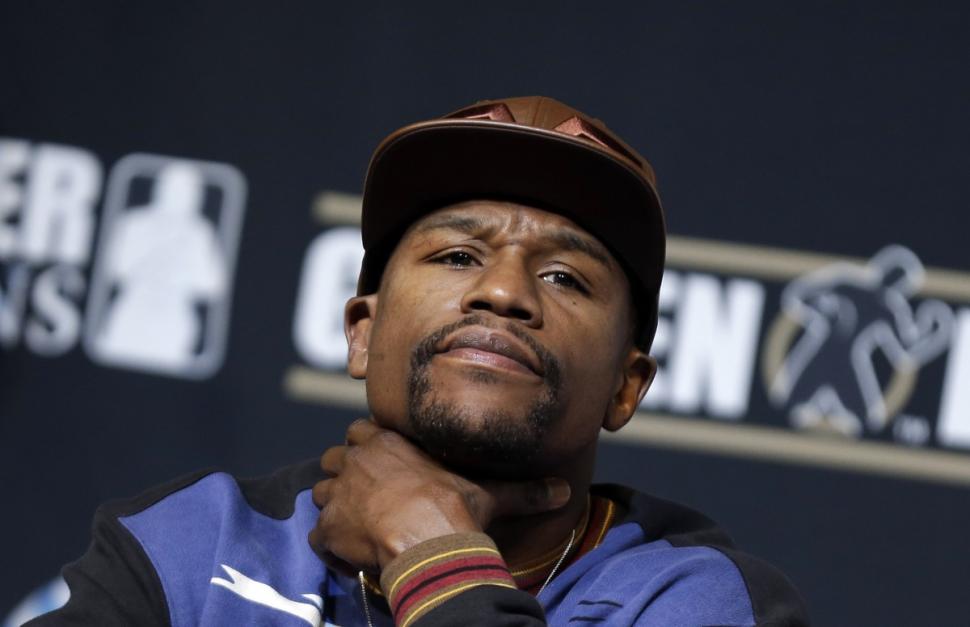 Pound-for-pound king Floyd Mayweather Jr. sees the light at the end of the boxing tunnel -- retirement a year from now.

Mayweather said on Tuesday that he plans to retire at the conclusion of his six-fight Showtime/CBS contract, which likely will be next September.

He is halfway through the deal worth more than $200 million. He will have the fourth bout of the…