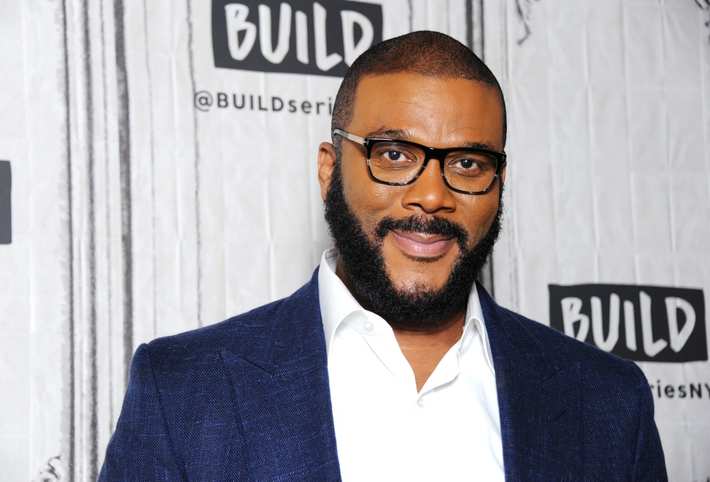 Atlanta media mogul Tyler Perry will pay college tuition for all four of Rayshard Brooks’ children, one day after he vowed to pick up the tab for the slain man’s funeral, according to a report.

Perry, best known for his “Madea” film franchise, will make sure Brooks’ three daughters, ages 1, 2 and 8, and his 13-year-old stepson, have the cash to go to college… On Monday, the 43-year-old rapper announced on Instagram that his wife, Virginia Williams, gave birth to the couple’s first child, Nigel Brixx Thornton. Accompanying images of the…

Cassie Mourns The Death Of Her Grandfather 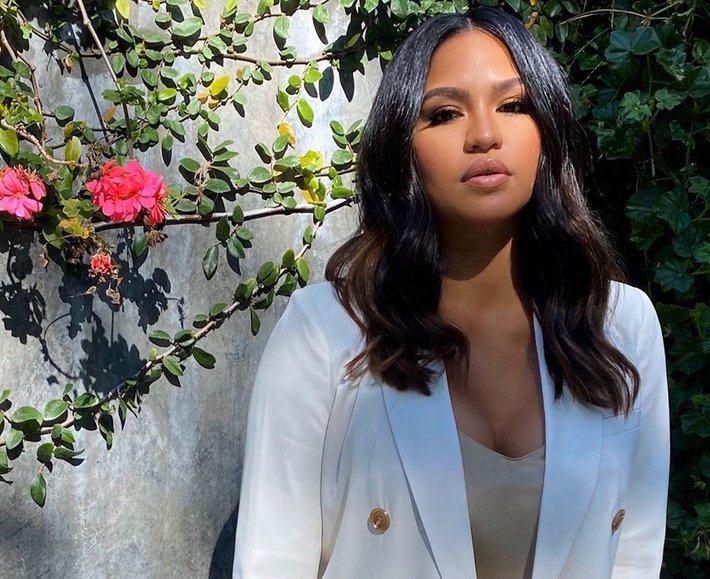 Cassie wrote an emotional tribute to her grandfather who died recently.

“I wish I could hug you. I miss and love you, Pop,” the 33-year-old singer captioned an Instagram photo of the both of them. “I pray that you can feel my heart. Sending all of my love to Nana and my entire family. I wish I could be with you guys right now. I love you.”… Ice-T and Naughty by Nature’s Treach have a new movie, “Equal Standard,” that deals with racism in the police force.

“It’s not just a black issue anymore,” says Treach. “It’s a humanity issue. You can’t treat these people like this. It’s 2020, and enough is enough.”

He continues, “We have been screaming out for help since the civil rights era . . .… 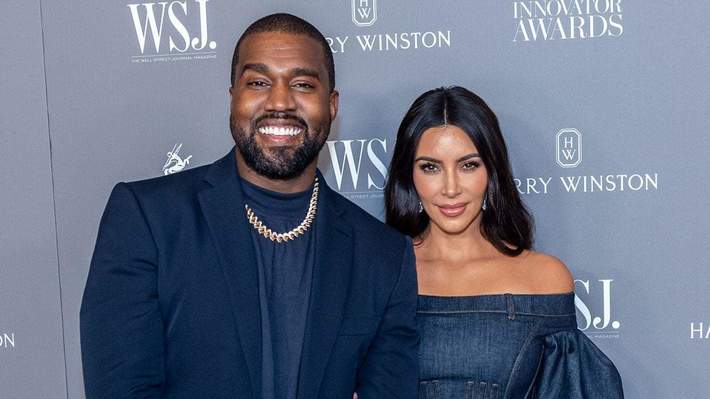 Kanye West may compete with his wife and sister-in-law’s popular beauty brands in the near future. On June 5, the artist’s intellectual property holding company, Mascotte Holdings, Inc. filed an application to trademark the Yeezy brand in the area of cosmetics, according to documents submitted to the United States Patent and Trademark Office. 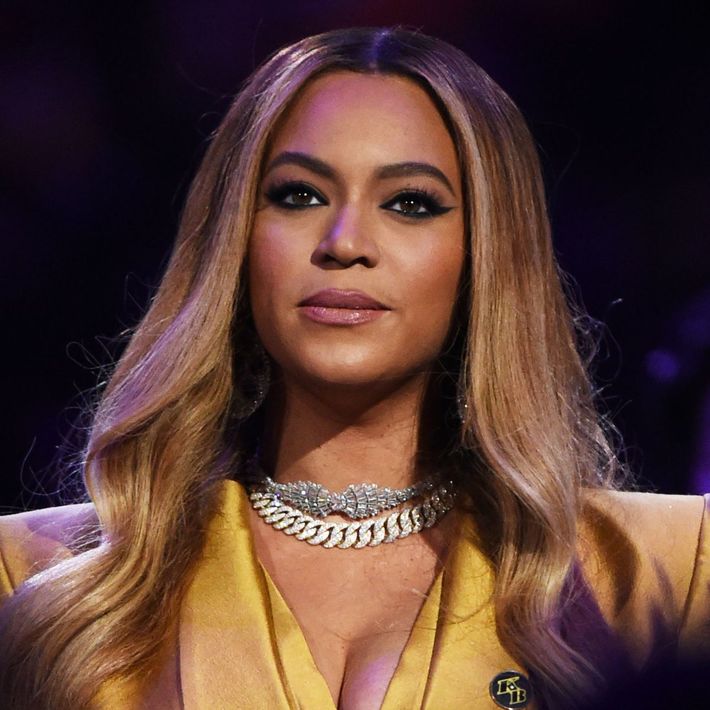 Beyoncé called for the prosecution of the Louisville police officers involved in the death of Breonna Taylor in an open letter to the attorney general of Kentucky on Sunday.

In the letter, posted on the singer’s official website, Beyoncé addressed Kentucky Attorney General Daniel Cameron, and demanded justice for Taylor’s family, who have “not been able to take… 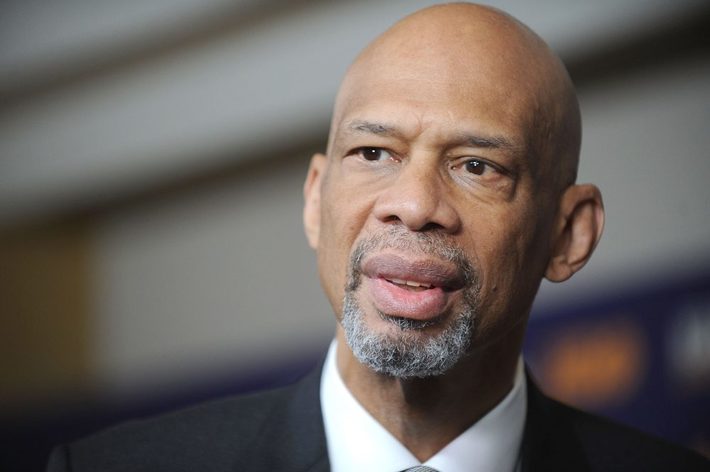 The 28-year-old son of NBA legend Kareem Abdul-Jabbar has been accused of stabbing a 60-year-old neighbor he’s known for years after arguing with the man on their street, police said Saturday.

Adam Abdul-Jabbar was arrested after the Tuesday evening incident in San Clemente, California, on suspicion of assault with a deadly weapon, according to local media… Floyd Mayweather’s ex Josie Harris’ cause of death has been revealed as an accidental overdose involving fentanyl and Xanax.

ALPRAZOLAM, which is a medicine used to treat anti-anxiety, is more commonly… The council voted 26-0 for the law named in honor of Breonna Taylor, a 26-year-old woman who was killed by Louisville police officers while they were executing a search warrant on her home in March.

The woman’s death has received… 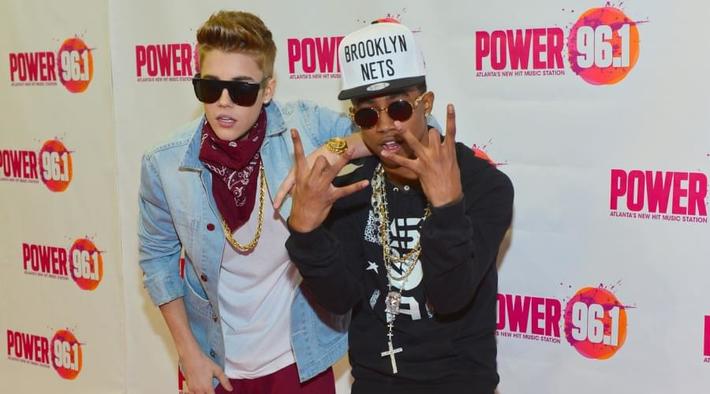 Rapper Lil Twist is claiming that his friendship with Justin Bieber, 26, in the early 2010s evolved into that of a drug-charge scapegoat, per the whims of Bieber’s management.

“If they would have put weed… 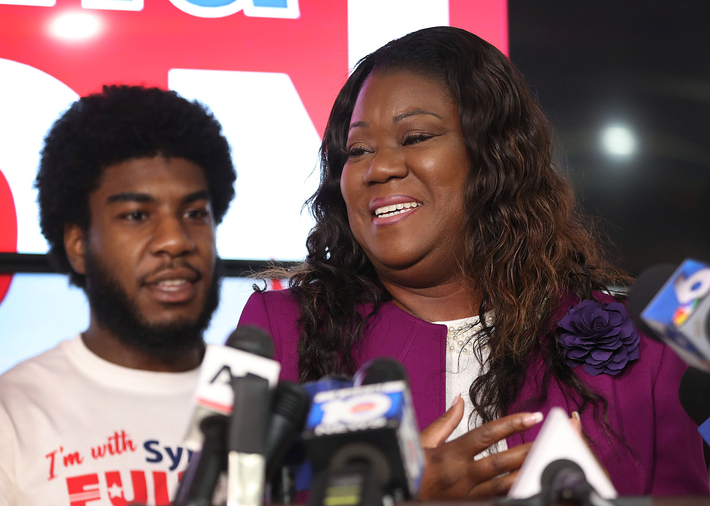 Sybrina Fulton announced this week that she will run for the Miami-Dade Commission District 1 seat currently held by outgoing Commissioner Barbara Jordan, she announced on Twitter. 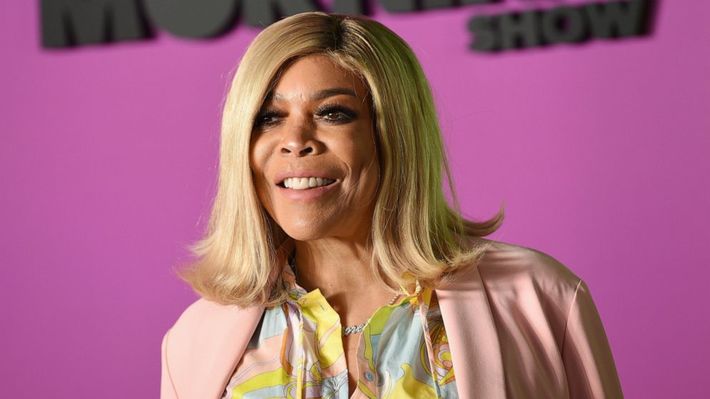 Wendy Williams is staying on the air … once she returns to it, that is.

“The Wendy Williams Show,” produced and distributed by Debmar-Mercury, has been renewed by Fox Television Stations through the 2021-2022 season, according to a rep for the daytime favorite. “Fall 2020 will bring the syndicated talk show into its 12th season,” reads an official…

Iggy Azalea Announces The Birth Of Her Son With Playboi Carti 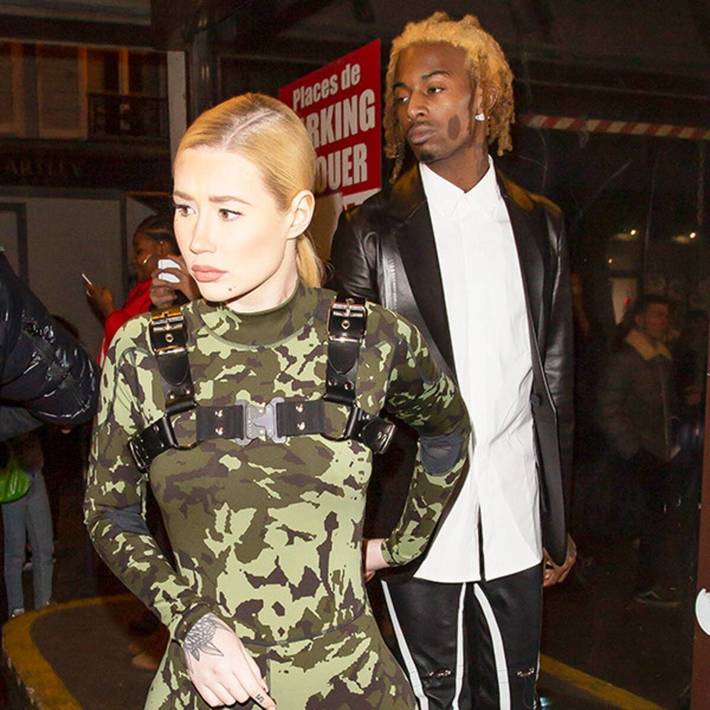 Iggy Azalea is a mom.

The “Fancy” rapper, 30, announced on her Instagram Story Wednesday that she welcomed a baby boy with boyfriend Playboi Carti.

“I have a son,” she wrote. “I kept waiting for the right time to say something but it feels like the more time passes the more I realize I’m always going to feel anxious to share news that giant with the… 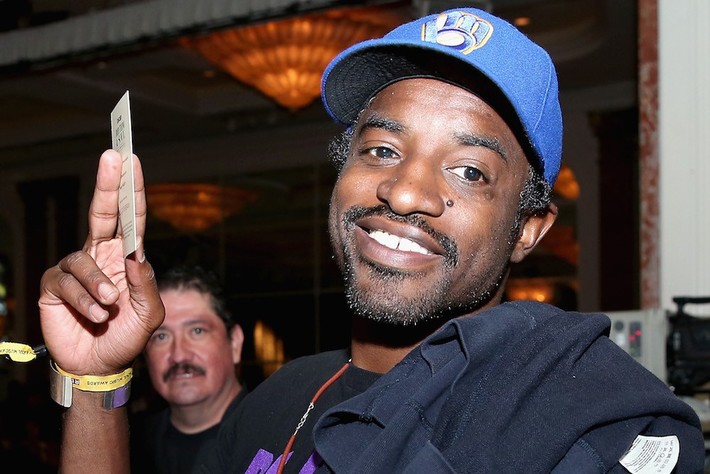 André 3000’s statement-making jumpsuits from OutKast’s 2014 reunion tour are getting an update for a good cause.

On Wednesday, the 45-year-old Atlanta artist released a collection of T-shirts emblazoned with many of the same messages seen on his iconic stage outfits, including, “can one rest in peace & violence?” and, “across cultures, darker people suffer… Russell Simmons denied allegations of sexual assault during a radio interview Wednesday, leading one of his accusers to blast the program for giving the hip hop mogul a platform.

The 62-year-old music producer spoke out on “The Breakfast Club” when co-host Charlamagne tha God asked him about the new HBO Max docuseries “On the Record,” in which Simmons has been… 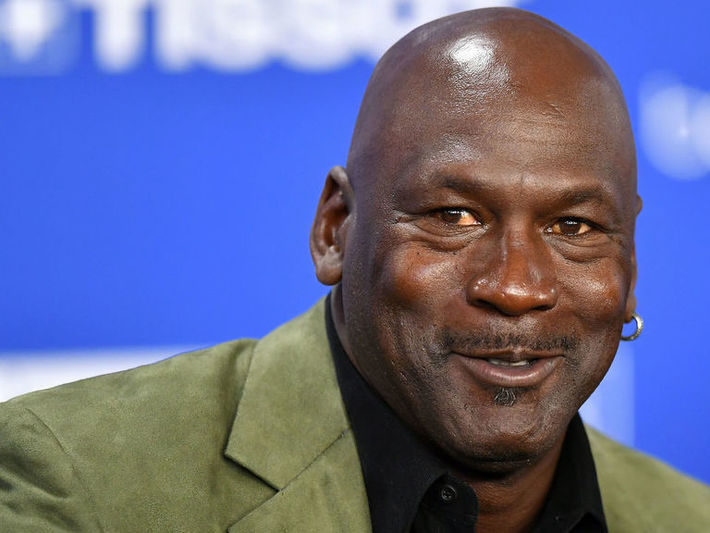 Michael Jordan may be the G.O.A.T when it comes to fishing, too.

The NBA legend and his fishing crew reeled in a 442.3-pound blue marlin Tuesday during the annual Big Rock Blue marlin fishing tournament, which includes $3.3 million in prize money.

“Oh my gosh, for Michael Jordan to be in our same air space is exciting and thrilling enough, but for him to… 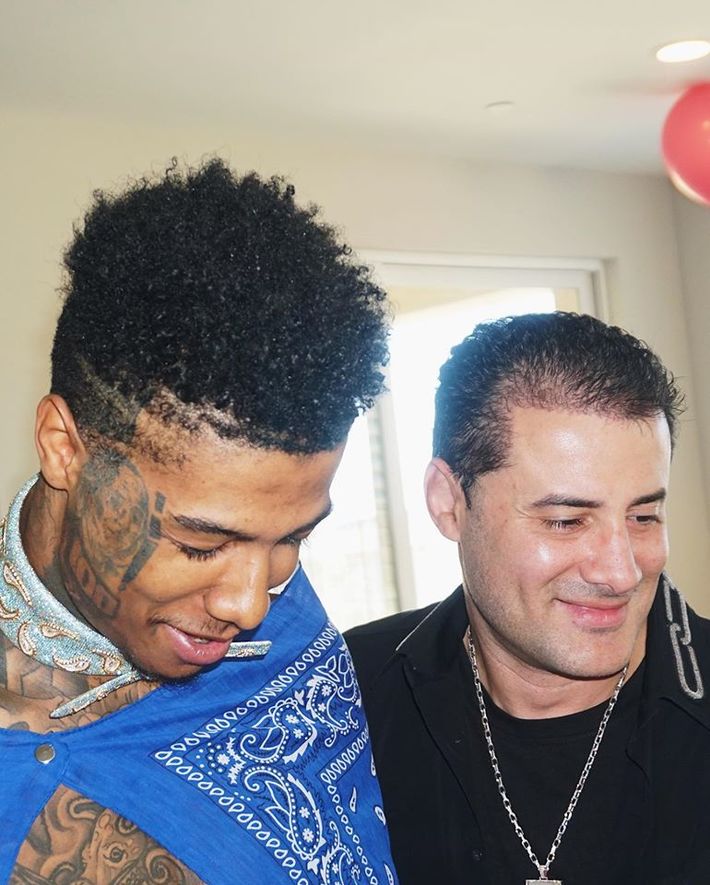 A jeweler-to-the-stars whose store helped inspire the acclaimed movie “Uncut Gems" has been branded by Queens prosecutors as a hate-fueled “vigilante hell-bent” on chasing two black men out of his neighborhood.

Yosef Aranbayev, 41, whom family and neighbors confirm also goes by the name Joe Avianne, raced after the panicked pair in his SUV, firing one shot at…

Bonnie Pointer Of The Pointer Sisters Dies At 69 Bonnie Pointer, who rose to fame as a member of the Pointer Sister, has died at age 69.

“It is with great sadness that I have to announce to the fans of the Pointer Sisters that my sister Bonnie died this morning,” said Anita Pointer of her sister, Patricia, aka Bonnie. “Our family is devastated. On behalf of my siblings and I and the entire Pointer family, we… 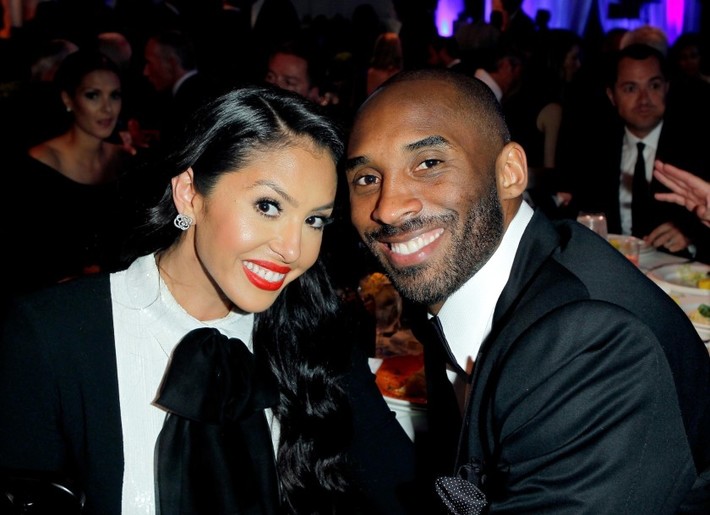 Kobe Bryant’s wife Vanessa Bryant is seeking hundreds of millions of dollars as part of a wrongful death lawsuit against the helicopter company and the estate of a pilot involved in the deadly January crash that killed her husband and daughter, according to a report. 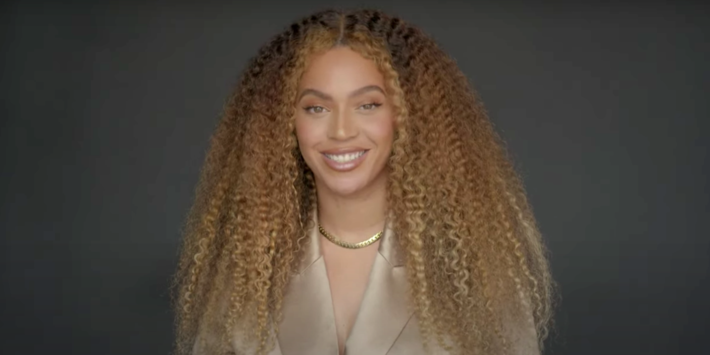 Beyoncé Knowles-Carter made a powerful statement on the Black Lives Matter movement and sexism in the music industry during YouTube’s “Dear Class of 2020” virtual graduation on Saturday.

The singer started by congratulating the high school seniors who persevered through an unprecedented time in the country.

“Congratulations to the class of 2020, you have…