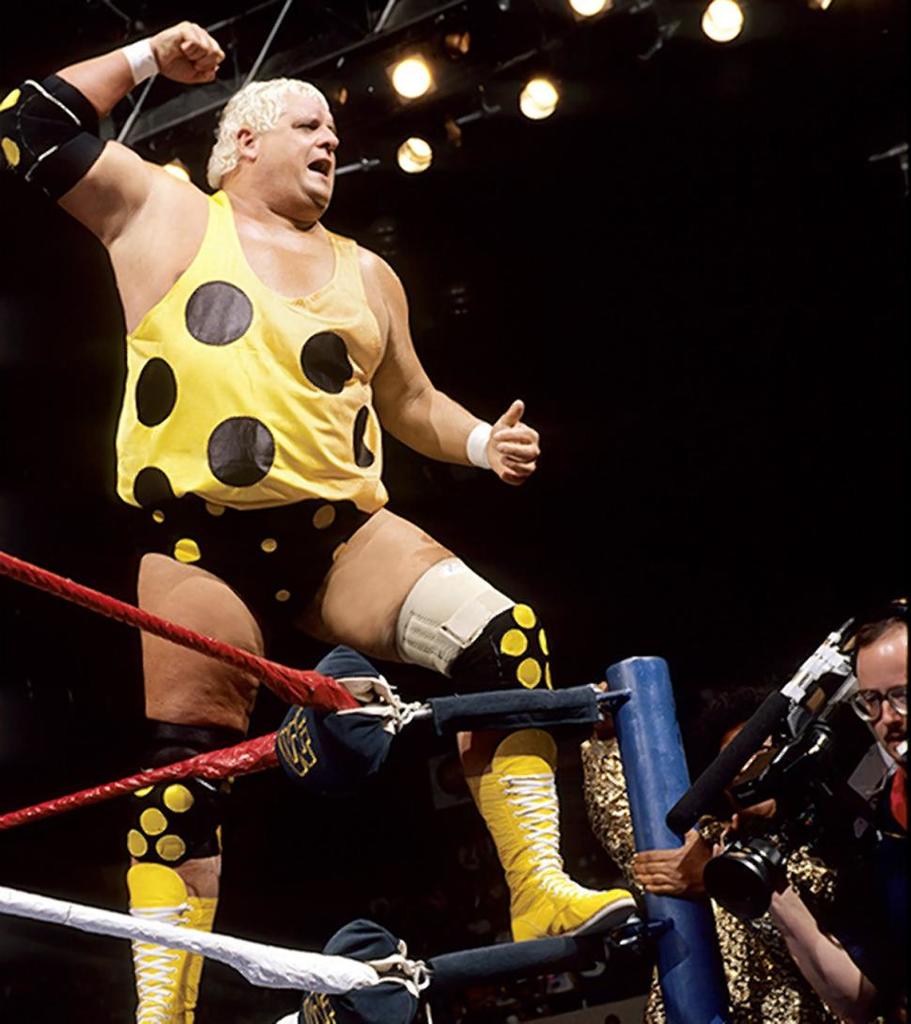 The American Dream is dead.

The rotund strongman, born Virgil Riley Runnels Jr., was one of the sport’s longtime legends, thundering across the ring through the 1970s and 80s, often in his signature yellow polka dot singlets.

“WWE is deeply saddened that Virgil… 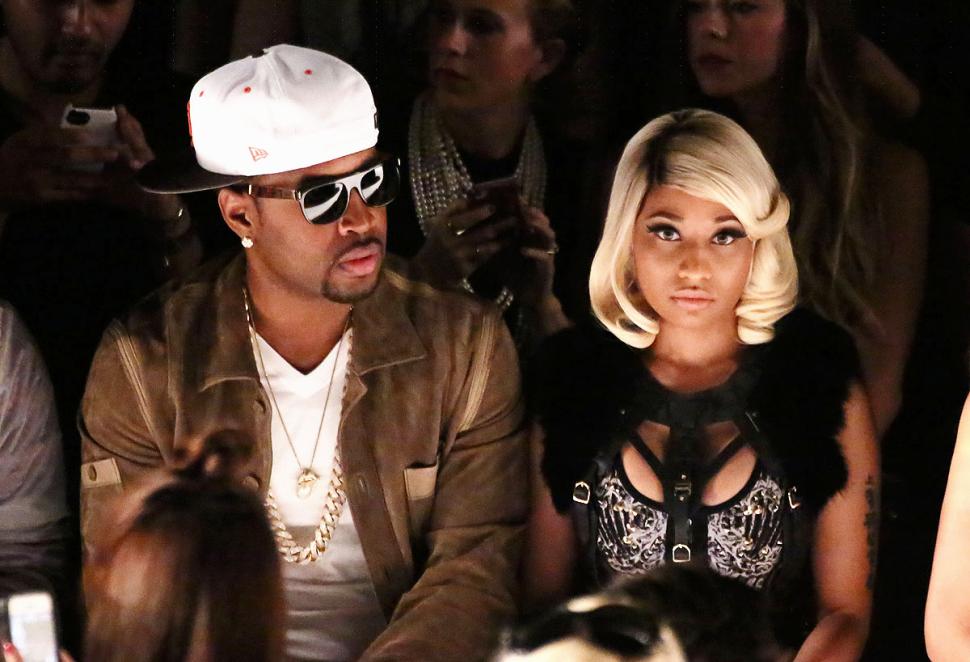 Breakup songs can be both cathartic and heartless.

Safaree Samuels’ single “Love The Most” was released on iTunes and dissected the music couple’s 12-year relationship, which ended last year in heartbreak.

“You ain’t do it all alone. We took ourselves up out the hood,”… 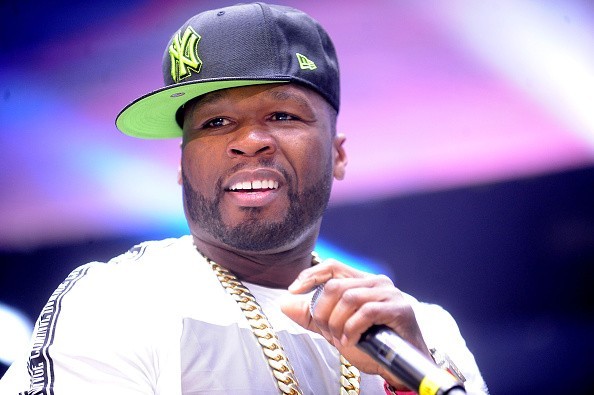 Five days after Power returned with a record-setting ratings surge in its second-season premiere, Starz has renewed the the drama starring and executive produced by Curtis “50 Cent” Jackson for Season 3.

On Saturday, the Season 2 premiere drew 1.43 million viewers, making it the network’s most-watched original series season debut. It was up 209% from its Season 1… Kesha has revised her bombshell sex assault lawsuit against music producer Dr. Luke with a new claim Sony Music enabled the "abusive relationship" and should be held liable.

The paperwork, obtained by the… Jaden Smith is the latest star to get down with Netflix.

Smith has been cast to play a teen graffiti artist in Baz Luhrmann's new Netflix passion project "The Get Down," which is set in the bad ol' days of late '70s New York. Raven-Symone has nabbed a permanent seat on "The View."

The 29-year-old actress, who has been guest hosting for the past few months, was announced as an official member of the daytime TV talkfest by ABC on Wednesday.

"The Disney Company has made another one of my dreams come true! Being a part of 'The View' family will be a wonderful growing experience for me,"… Meek Mill's beef with a rival rapper turned into a pistol-whipping melee on the streets of Philly ... with people fleeing for their lives -- and the violence is crystal clear in this video.
Meek and his crew were shooting a music video Tuesday evening ... when Louie V Gutta and his homies showed up. Watch the video -- there's a little bit of jawing, a little bit of… Brown, 26, appeared on Ryan Seacrest's KIIS FM morning radio show to announce a new late-summer tour and talk about his recent run-in with Tran at a Hollywood nightclub that did not end well. No amount of soap could clean this mess.

A Walmart aisle turned into a soapy boxing ring when two women and a child let loose on one another in a caught-on-camera brawl that was described by one witness as "white trash at its finest."

The women were arguing inside the Beech Grove, Ind. store around 10 p.m. Thursday when words turned to blows, prompting… 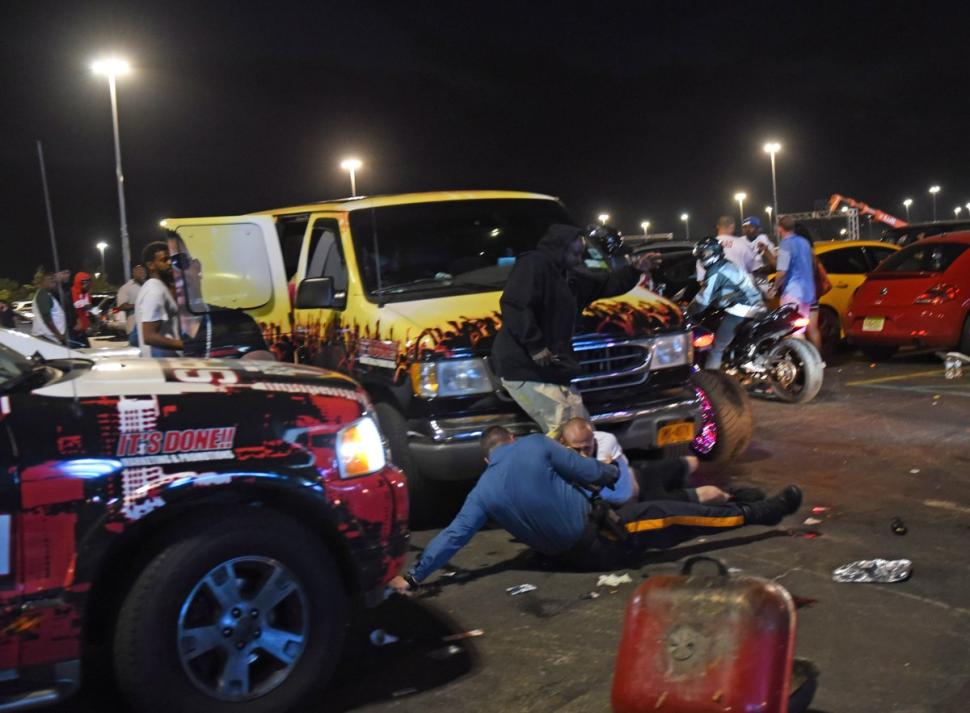 SUNDAY NIGHT’S ugly dustup outside the gates of Hot-97’s Summer Jam concert isn’t the first time the hip-hop radio station has had to deal with real-life violence.

There are times, suggested morning host and former program director Ebro Darden, when it’s just the cost of doing business in the hip-hop game.

He stressed that he and the station condemned the…

Members Of N.W.A To Reunite At L.A. Concert 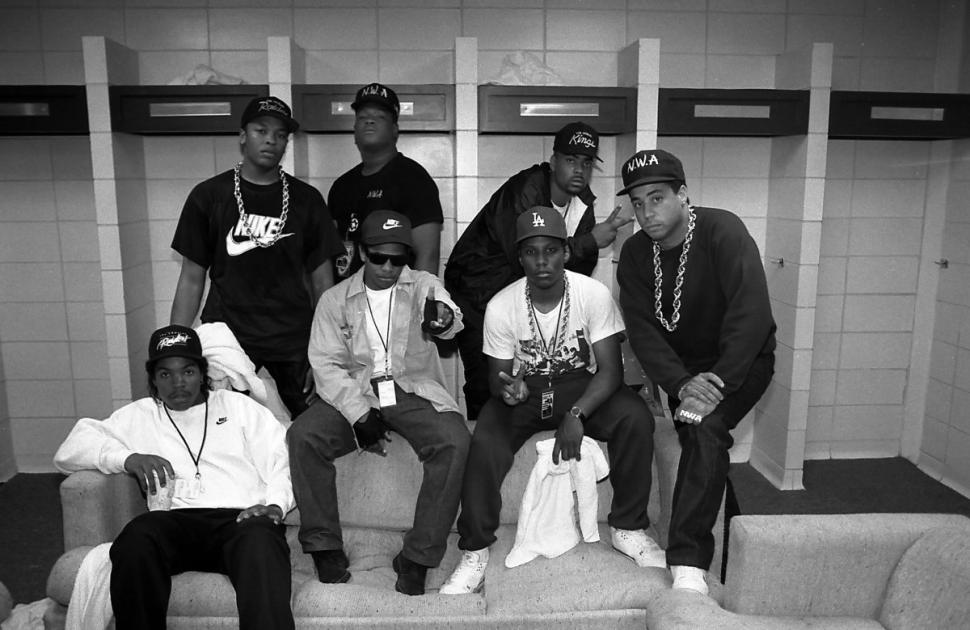 Rapper Ice Cube is reuniting members of his iconic gangsta rap group N.W.A for a show at L.A.'s Staples Center later this month.

Cube told the magazine that he, DJ Yell and MC Ren would all share the same stage for the first… 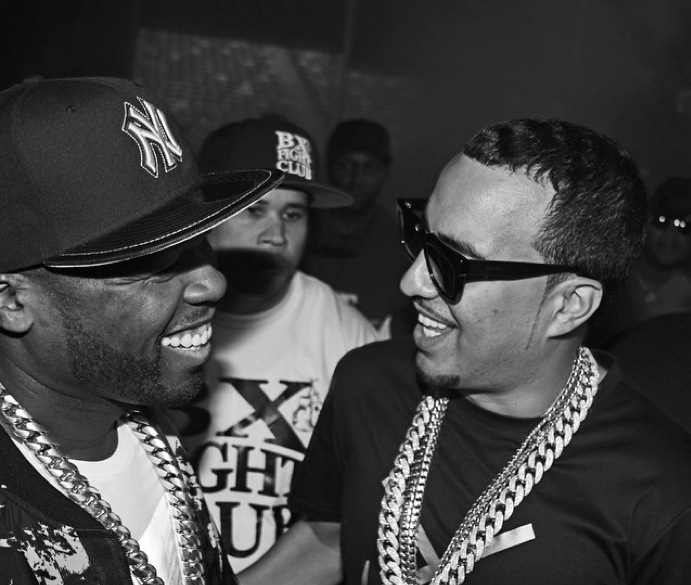 Even @50cent couldn't hate tonight lol I love your dance moves play boy "puff voice" we did it for Chinx tonight #younglegends. 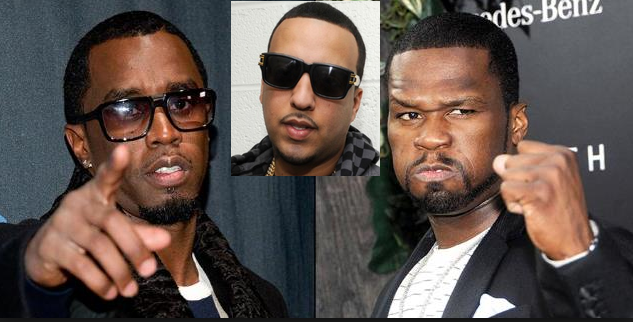 After the 33-year-old songbird teased her devotees with a variety of promos leading up to her appearance on "GMA" Monday, some were let down when it turned out to be about her vegan lifestyle, something that's been well-documented in the past.

"I'm not naturally the… Kim Kardashian has already got her own film – it’s one of the best-selling X-rated movies of all time – but she reportedly wants a movie about her life and so does her husband Kanye West, according to a new report.

The Keeping Up With The Kardashians star, who is pregnant with her second child, is reportedly planning to make a movie about their lives with three big…

Book Alleges Bobbi Kristina Was Addicted To Drugs At 14 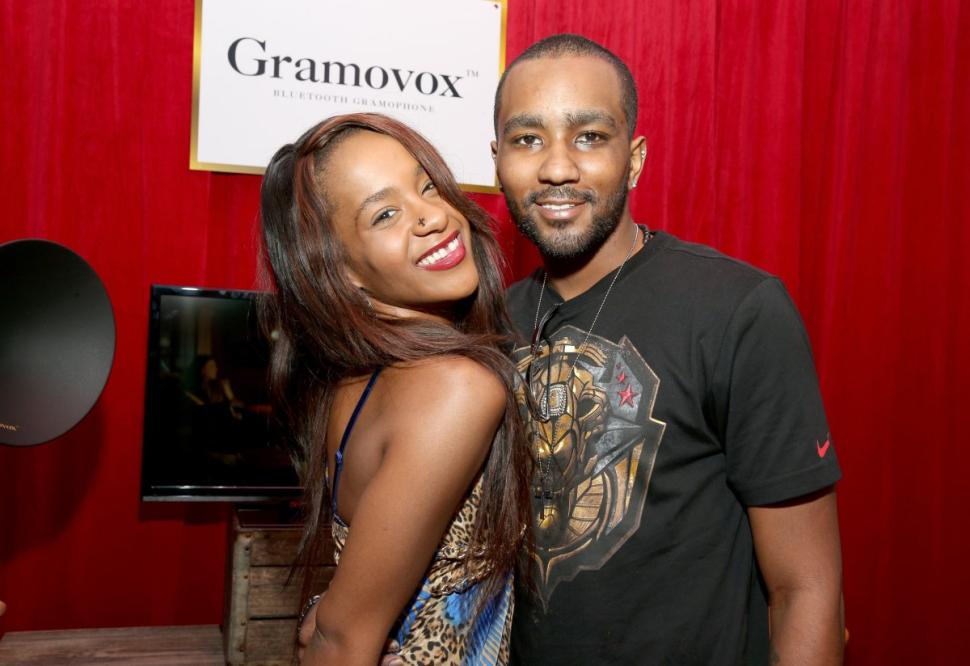 By age 14, Bobbi Kristina Brown was already suicidal, hooked on drugs and veering dangerously down her mother’s doomed path, according to a new book.

Ian Halperin’s new tome, “Whitney & Kristina,” portrays Bobbi Kristina as a wild child who grew up essentially motherless — and Whitney Houston as too consumed by her own drug demons and sexuality issues to be a…

Memorial Service For Woman Killed By A Lion In South Africa 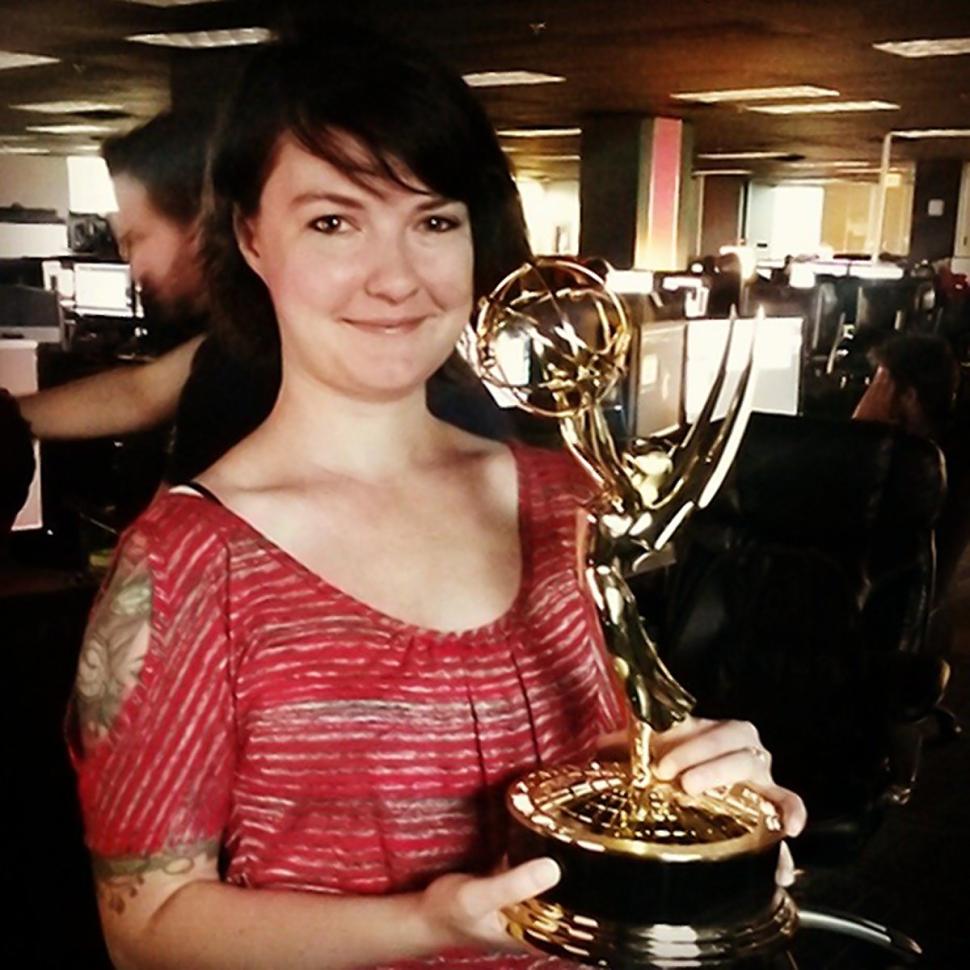 Tears and joyful memories came in equal measure at the memorial service for the Rye woman killed by a lion in South Africa.

More than 100 people packed into the Graham Funeral Home in Rye Saturday to pay tribute to 29-year-old Katherine Chappell.

Chappell was described by her family and friends as a fearless, passionate and proud woman who chased her dreams… Jennifer Lopez is too hot for TV — at least in Morocco.

The pop singer has been hit with a lawsuit from a local educational group who were offended by her televised concert held in the nation’s capital Rabat, TMZ reports. The 17-year-old took to social media to respond to the negativity directed at Jenner in the wake of her Vanity Fair cover reveal on Monday.

While Jenner has received mostly positive feedback since unveiling her new look, Chris Brown was among the celebs who shared a meme… 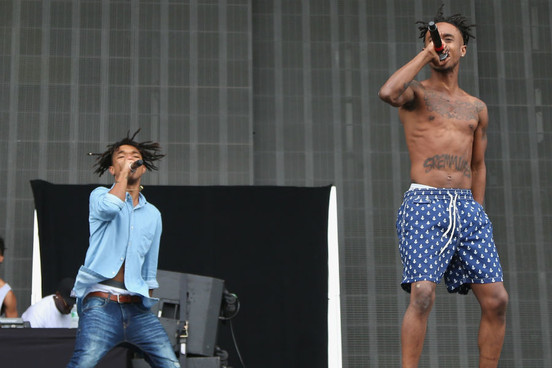 Governors Ball is taking place in New York City this weekend. During Rae Sremmurd's set this afternoon, Slim Jimmy slipped off a speaker in front of the stage and injured his leg, as Billboard reports. He was taken backstage, where he used a microphone to tell the crowd that a "big ass piece of glass" had lodged in his leg. "If you got that video, put that sh*t on…

SUGE KNIGHT AND KATT WILLIAMS GETS SUED BY PHOTOGRAPHER 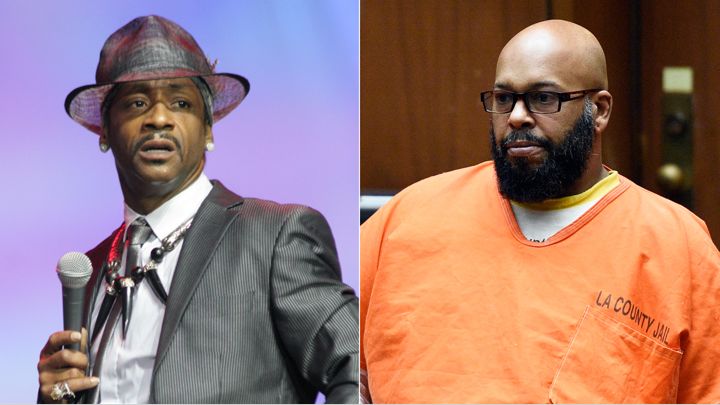 The bad news continues to pile on for Suge Knight. Already up against murder charges for a hit-and-run in one incident and robbery charges in another, the former Death Row CEO is now facing a lawsuit from the woman he allegedly robbed.

Last October, Knight and Katt Williams were arrested on the suspicion of stealing a camera from a female photographer in an incident…