A LION IN A RUSSIAN ZOO PULLS IN A FOUR YEAR OLD LITTLE GIRL INTO ITS CAGE! 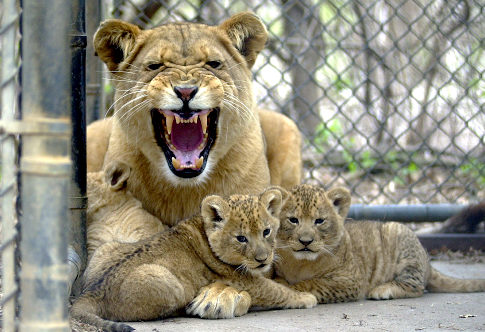 A four-year-old girl was left physically beaten and emotionally scarred after a female lion in a Russian zoo pulled her into the cage and used her as a toy.
The child, who is now in a coma, seems to have been attacked while her grandmother was taking her picture next to the lion cage, London's Daily Mail reports.

She has been identified only by her given name, Nastya.

Witnesses say the lioness reached out from its cage and… Continue