While everyone was trying to keep up with KimYe’s wedding over the weekend, details surrounding the hip-hop couple’s nuptials were slowly making their way to the internets. The duo reportedly married about two weeks ago and not even Waka’s mom knew about… 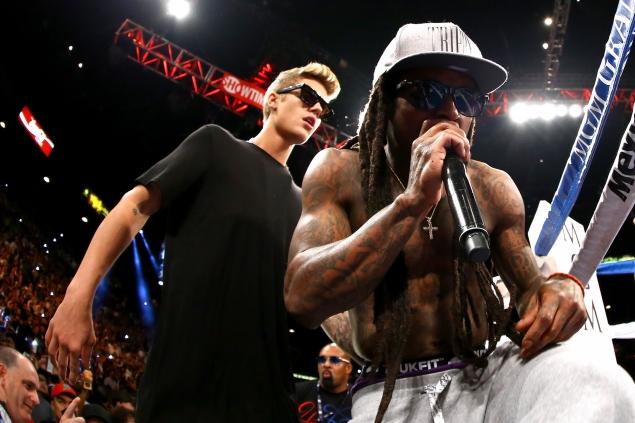 Lil Wayne was in rare form for Memorial Day Weekend.

The YMCMB rapper – who really dislikes it when people question the contents of his cup – was spotted having a grand time at Nikki Beach in Cannes, France with a few his labelmates. Weezy was seen smoking, drinking and dancing, reminding us of the old Wayne that chanted catchy hooks like “Dr-Drop it like it’s hot”… 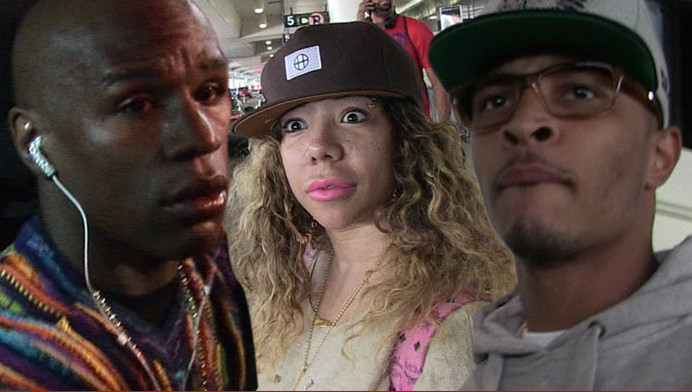 It doesn't take much to shock Floyd Mayweather Jr.
Still, the boxer was reportedly jolted by T.I.'s aggressive approach at a Fatburger on the Las Vegas Strip on Sunday morning, reports TMZ.

The showdown, that included flying chairs and an exchange of blows between the rapper and boxing champ, was supposedly sparked by an Instagram photo posted by the…

Justin Bieber To Appear On 'So You Think You Can Dance' 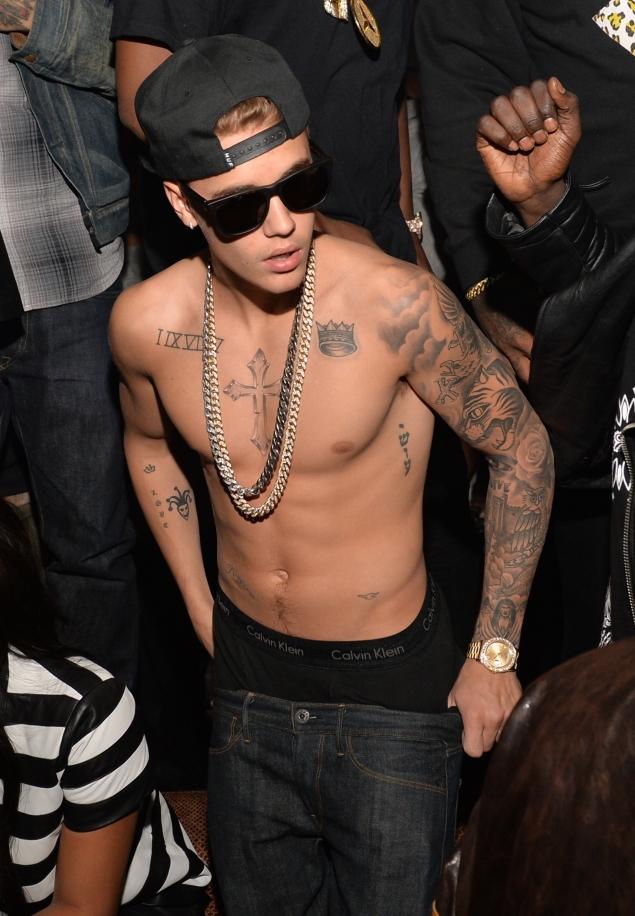 Breakdancing brat Justin Bieber is joining “So You Think Can Dance.”

Beginning on the May 28 season premier, the pop star — who has become better known for topping police blotters than Billboard charts — will appear on the Fox dance competition for a few episodes, network officials said Friday.

On the show, Bieber and his choreographer Nick DeMoura will… The words “Mayweather,” “fight” and “Vegas” are pretty commonly heard together. What isn’t common is hearing them with rapper T.I. in the mix. According to TMZ, Clifford “T.I.” Harris took a swing at boxing champion Floyd Mayweather in a Vegas Fat Burger… 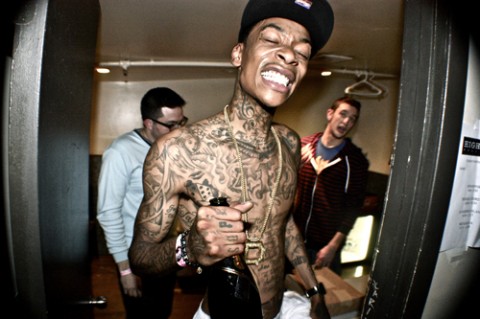 Wiz Khalifa was arrested early Sunday morning at an airport in Texas ... after a "green leafy substance" was found during a TSA check.

The "Black and Yellow" rapper was flying from El Paso to Dallas when TSA officials discovered the green stuff ... according to law enforcement sources. Wiz was taken into custody and turned over to local police. Perched on an Italian hilltop, before a massive wall of flowers, Kim Kardashian and Kanye West tied the knot in characteristically excessive style Saturday.

Usher Cooks Breakfast In His Underwear After Winning 'The Voice' Usher is a man of his word.

When the musician was promoting his contestant Josh Kaufman in the finals of "The Voice," he made a promise to his fans.

"If Josh Kaugman WINS 'The Voice' … I will prove I cook in my underwear!" the 35-year-old crooner wrote on his Facebook page Monday.

Wtf! Woman Gets Bit On Her Ass By A Snake After Sitting Down On The Toilet 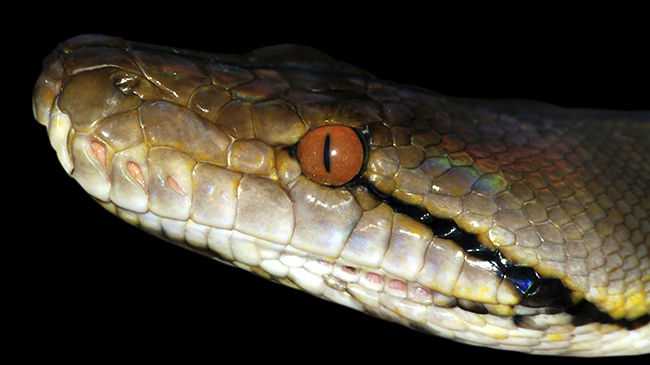 A Spanish woman went to hospital after being bitten on her bottom by a snake as she sat on the toilet.
Iris Castroverde, a mother-of-two, was bitten on the left buttock.

Frightened neighbors are "psychotic" because the bright yellow and green snake is still on the loose, said one resident of the town of Naron, northern Spain, where the reptile… 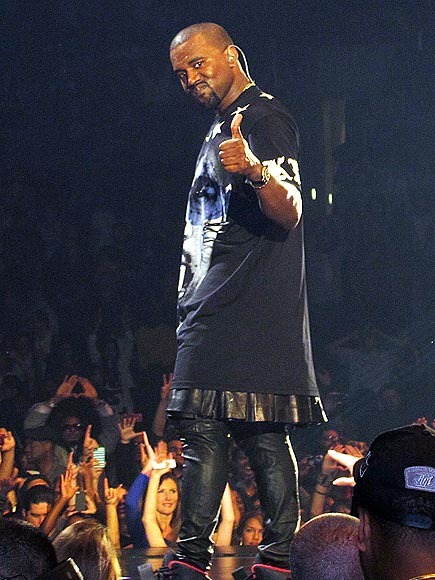 Less than a month ahead of the 2014 World Cup in Brazil, Adidas has released a new advertisement for its "The Dream: All In or Nothing" campaign that features new music by Kanye West, who is set to marry Kim Kardashian in Florence on Saturday. "Basketball Wives" star Malaysia Pargo has finally pulled the trigger on her troubled marriage to Charlotte Hornets player Jannero Pargo -- TMZ Sports has learned she has just filed for divorce. 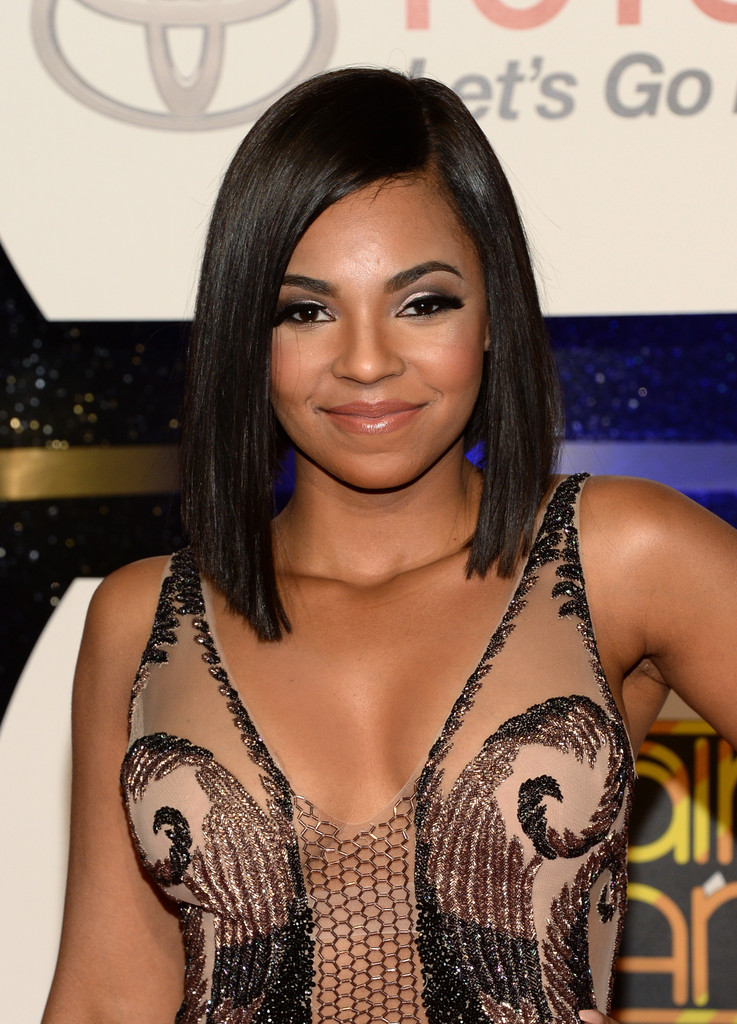 Prosecutors dismissed four counts of second-degree aggravated harassment against a wacky admirer of Ashanti, based on a recent Court of Appeals ruling on emails and tweets.

Devar Hurd, 35, allegedly sent chilling tweets to the star — whom he was banned from contacting in any fashion after his relentless come-ons landed him in jail for a previous stalking…

Naked Man Attacks A Woman At A California Intersection 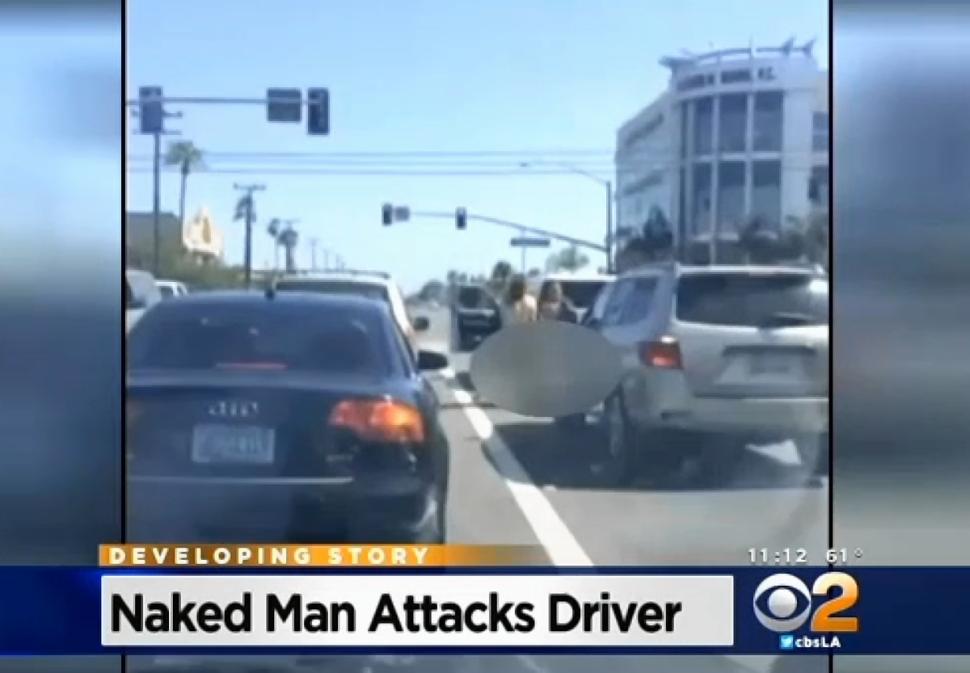 A naked man was cuffed on a California street after he suddenly attacked a driver who was stopped at a red light, police said.
The unidentified man grabbed a woman from behind the wheel near Magnolia St. and Westminster Ave. in Garden Grove about 3:30 p.m. on Wednesday, police told KCBS-TV.
A video of the wild attack, which was recorded by a witness and aired… 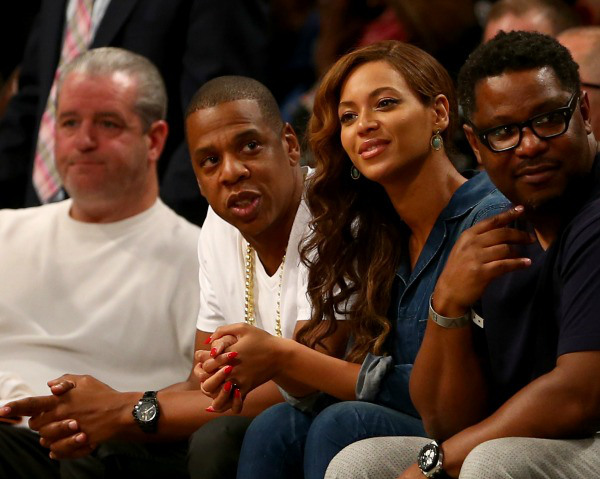 Several days after the elevator attack seen ’round the world—grainy footage of Solange Knowles pummeling brother-in-law Jay Z while Beyoncé stands by, frozen—the king and queen of hip-hop released a statement saying they had all “moved forward as a family.” But behind the scenes, conflict is bubbling, and sources say the union is on the rocks. …

Thug Life! Tupac's Last Words Was "F**k You" To The Cops! 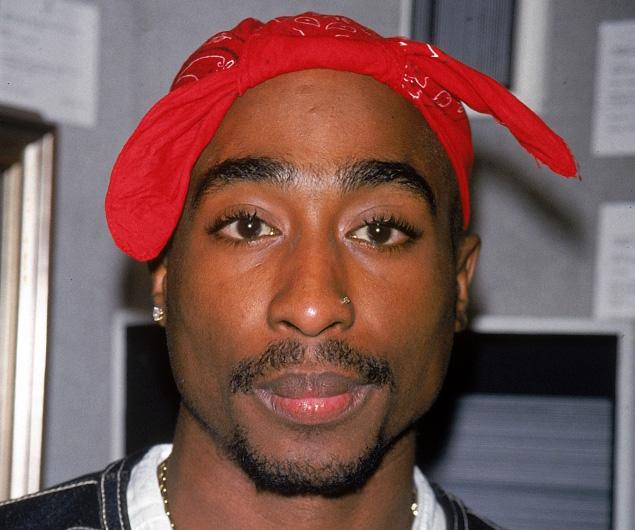 The identity of Tupac Shakur’s killer may have died with the legendary rapper.
“F--- you” were the last words the 25-year-old ever uttered as a cop repeatedly asked the fatally wounded Shakur who had shot him, the officer has now revealed nearly 18 years after the recording artist’s death.

“He looked at me and he took a breath to get the words out, and… 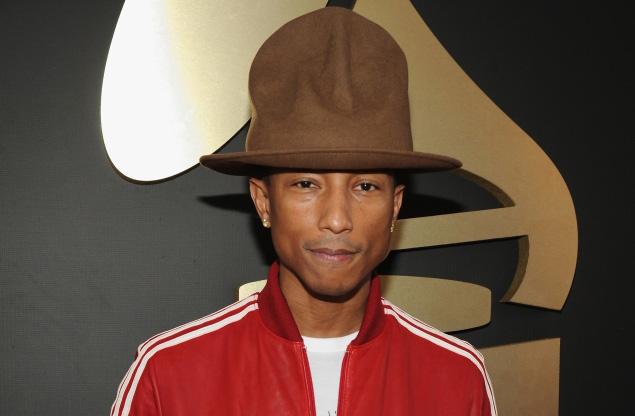 Pharrell Williams was not enthused when six young Iranians were arrested for uploading a video of themselves dancing around Tehran to his global smash “Happy.”

On Tuesday, he wrote, “It is beyond sad that these kids were arrested for trying to spread happiness.”

Kevin Hart's Ex-Wife Says He Cheated On Her Kevin Hart's version of how his marriage ended is all wrong -- so says his ex-wife, who refuses to back down ... telling TMZ he cheated with his present girlfriend ... no matter how he tries to spin it.

Here's what's gone down so far -- Hart took to Twitter yesterday morning to say his current girlfriend, Eniko Parrish, had nothing to do with his divorce from…

MOS DEF CANCELS TOUR AND UNABLE TO ENTER BACK IN THE UNITED STATES! 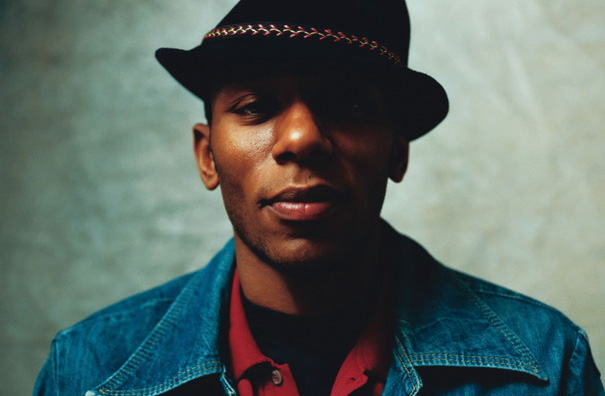 Looks like Yasiin Bey, better known as, Brooklyn lyricist Mos def, is having some difficulties coming home. Bey has been forced to cancel his U.S. tour along with his performance in the Together Boston Music Festival due to “immigration/legal issues”.

Together Boston released this statement on their official website, accompanied by a sad face to conclude the… 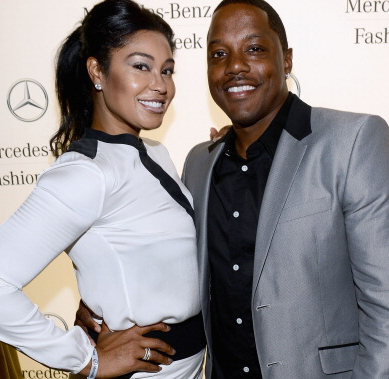 Rapper/pastor Mase believes his wife is such an embarrassment to their church, he's banished her from the pulpit ... and it all has to do with hitting the bottle.

Mase is now blocking Twyla Betha from spreading the gospel on their pulpit ... all because she was busted for DUI and pled guilty last month. She blew a .14 ... nearly twice the legal… 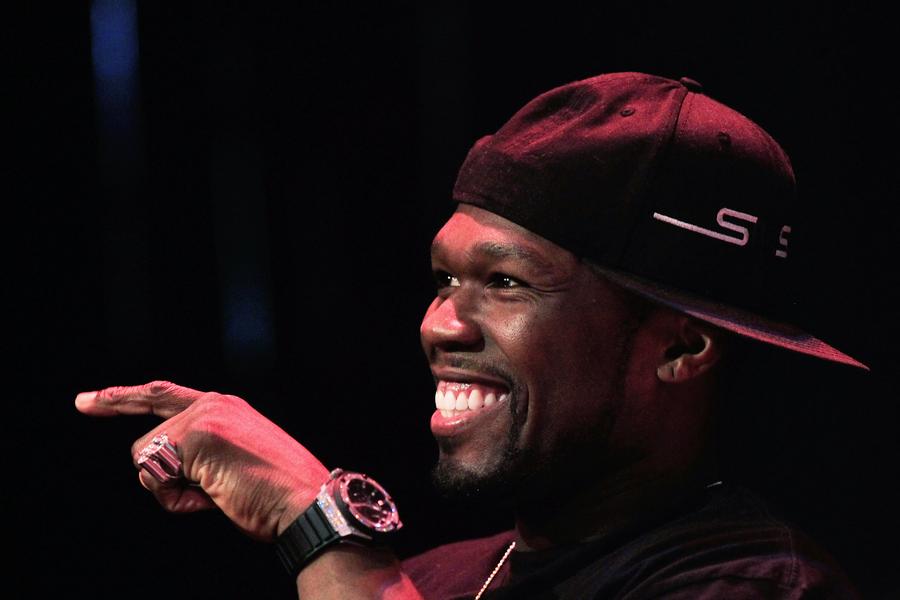 50 Cent isn’t denying that he wasn’t at his son Marquise’s high school graduation over the weekend. But the rapper offered a pretty good reason why that was the case: He wasn’t even invited.

“I don’t need an explanation,” he said on “106 & Park” this week. “My personal life, there’s portions of it that are supposed to actually be personal. And your actual life as…