That’s not what food stamps are for.

A Florida man who tried to purchase a speedy BMW SUV with his Electronic Benefits Transfer card and a credit card later decided to steal the car — but was caught when he ran out of gas, police said.… 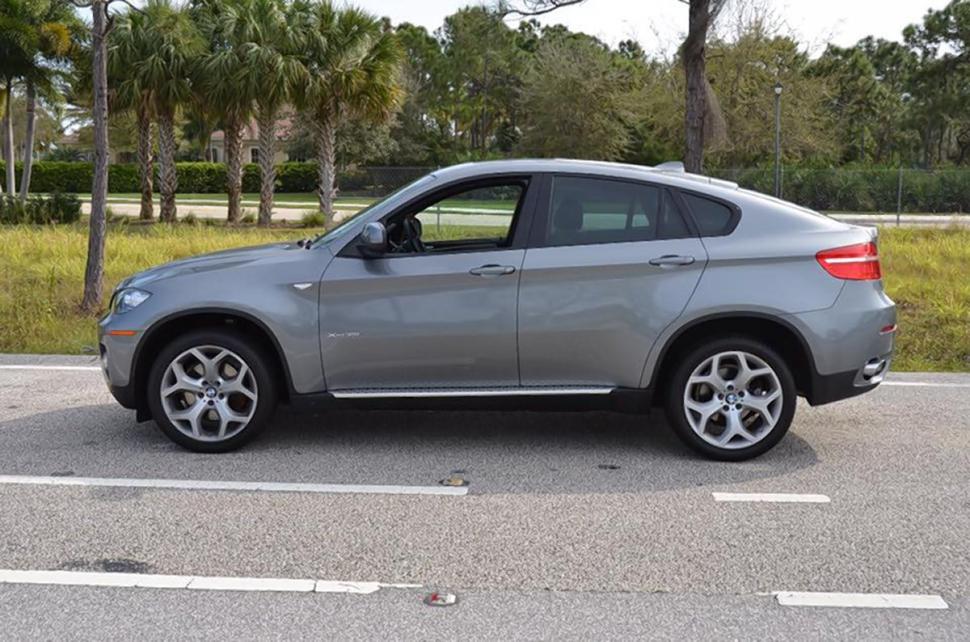 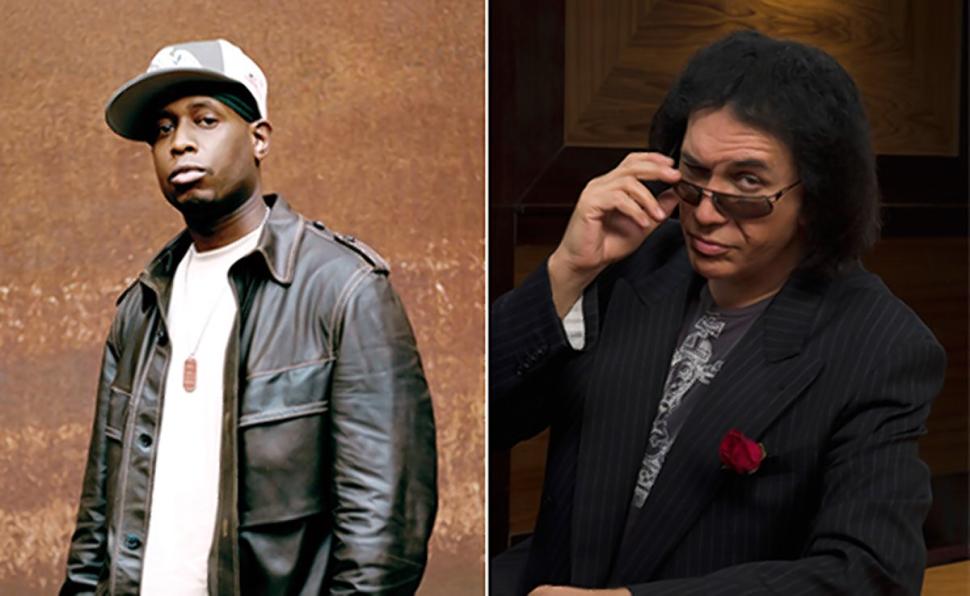 An irate rapper ripped Gene Simmons for recently saying he looked forward to “the death of rap” — by posing the same scenario about the polarizing KISS bassist.

“Hip-hop has saved countless lives. How dare he wish it dead,” Talib Kweli fumed on Twitter Saturday afternoon. “So would it be fair to wish him dead, or nah?”

The Brooklyn-born artist and activist… A nut job who has been stalking and harassing Ashanti and her family for nearly a decade was convicted of felony stalking on Friday after a jury trial in Manhattan.

Devar Hurd, 37, shook his head in disappointment as a verdict was read by the jury of five women and seven men after about one full day of deliberations, which began Thursday afternoon in Manhattan…

Cuba Gooding Jr. Says He Had A Nervous Breakdown 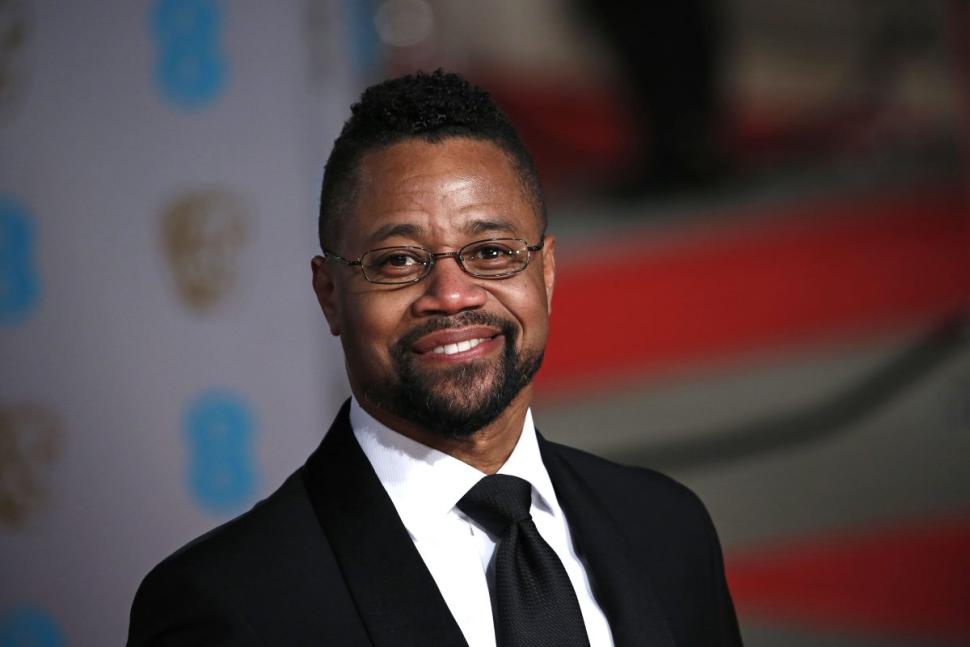 As the world obsesses over the infamous O.J. Simpson case once again, Cuba Gooding Jr. is thinking of the victims.

The actor, who plays Simpson on the popular “The People v. O.J. Simpson,” recently revealed he suffered a “nervous breakdown” on set as he reflected on the murder of Simpson’s ex-wife Nicole Brown Simpson and her friend Ronald Goldman. A woman has reportedly accused the frequently arrested Katt Williams of orchestrating a bloody five-on-one assault involving witchcraft — all because she used his bathroom. 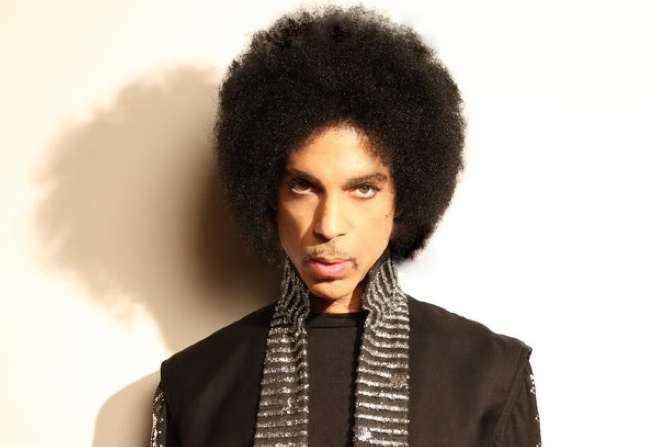 Call him the Author Formerly Known as Prince.

The Purple One will pen a memoir that begins — of course — with his very first memory, he announced Friday night during a show in New York City.

“This is my first one. My brother Dan is helping me with it. He’s a good critic and that's what I need. He’s not a ‘yes’ man at all and he’s really helping me get through…

T.I. SAY'S IF YOUR A DONALD TRUMP SUPPORTER DONT BUY HIS MUSIC 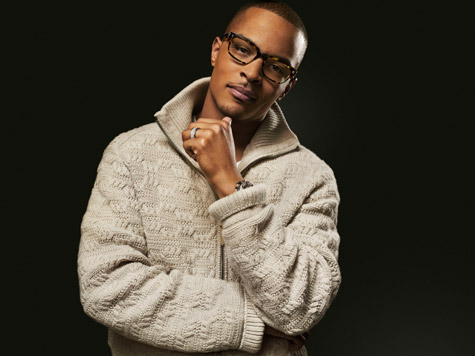 T.I. does not want your money if you support Donald Trump and what he stands for.
the rapper was at LAX Thursday, and he railed on the Prez candidate, saying Trump is trying to harm T.I.'s community, and people need to wake up and take a stand.
He also thinks Trump acts like the head of an organized crime family when he encourages his supporters to beat on… Continue 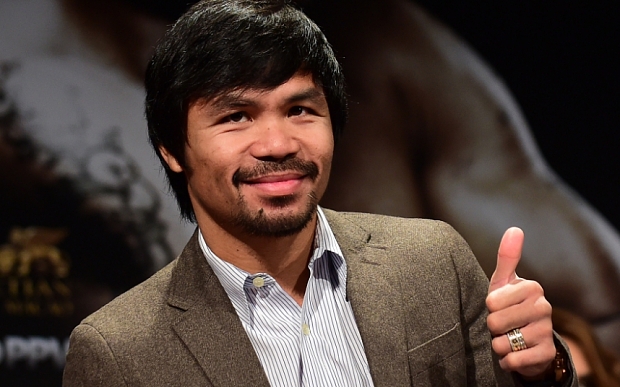 Manny Pacquiao has been banned from the popular L.A. shopping center The Grove -- again -- all because of his statements of hatred for gay people.
The battle between The Grove and Pacquiao started in 2012 ... when Manny was banned over an interview in which he reportedly quoted a Bible verse that called for the death penalty for gays.
The Grove later… Hot-tempered singer Chris Brown must stay away from a woman who allegedly trespassed at his home last year only to find herself on the receiving end of social media harassment by the Rihanna beater, a judge has ruled.

The judge issued the restraining order on behalf of Danielle Patti, who says Brown threatened her life and harassed her repeatedly online, TMZ… Bankrupt rapper 50 Cent is banking on a new A&E variety show as his next hit.

The Queens native and his cable partner announced the project Thursday, describing it as a "no holds barred" show that will combine sketches, standup, reality experiments, music, magic, dance and celebrity guest appearances.

Fitty, whose real name is Curtis Jackson, will executive… Maybe money can buy you love, after all.

A 19-year-old UK woman paid 600 pounds (roughly $869) for a ticket to a Floyd Mayweather meet-and-greet and has been by his side ever since.

Raemarni Ball has been globe-trotting with Mayweather since they met last month in Cannock, a town north of Birmingham, making stops in Los Angeles, Miami and other U.S. cities with…

Rihanna Speaks On "Rivalry" With Beyonce In Vogue Cover Story 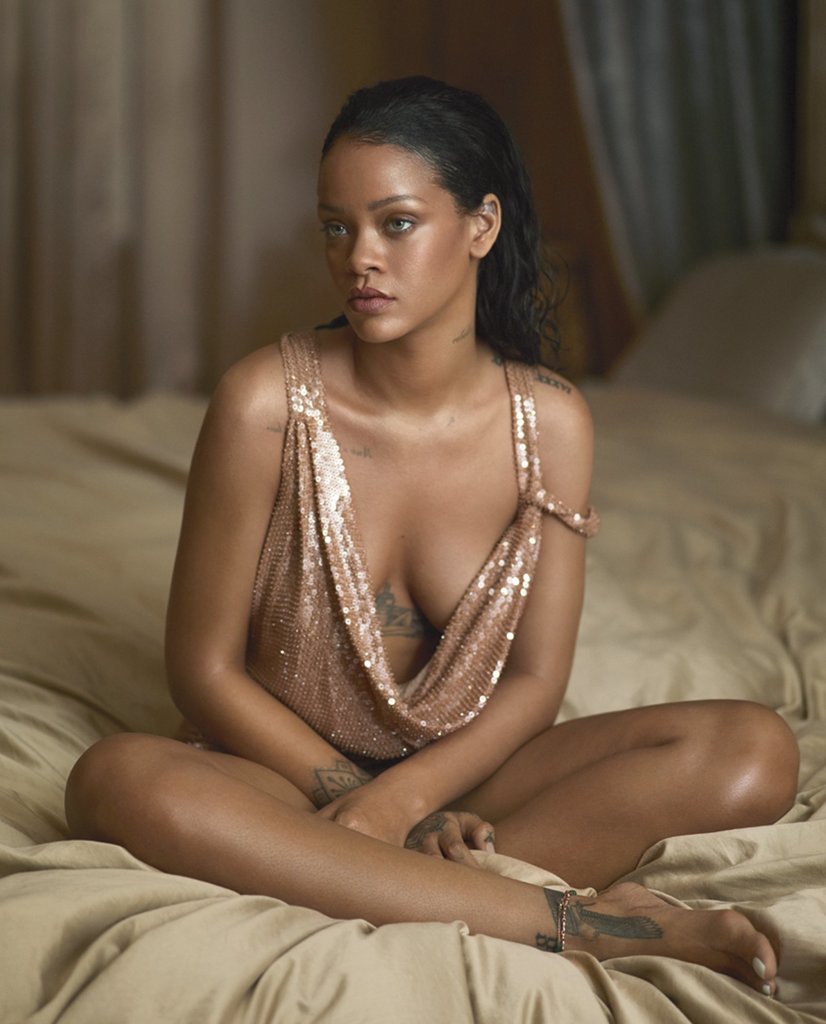 Rihanna is at the top of her game, riding the success of ANTI and launching her own collection with Puma. Vogue tailed the mercurial singer for a cover story and got her perspective on a few different questions that have been following RiRi.

For one, Rihanna says she tried to take a break from music after her previous album Unapologetic, but that break “lasted a… 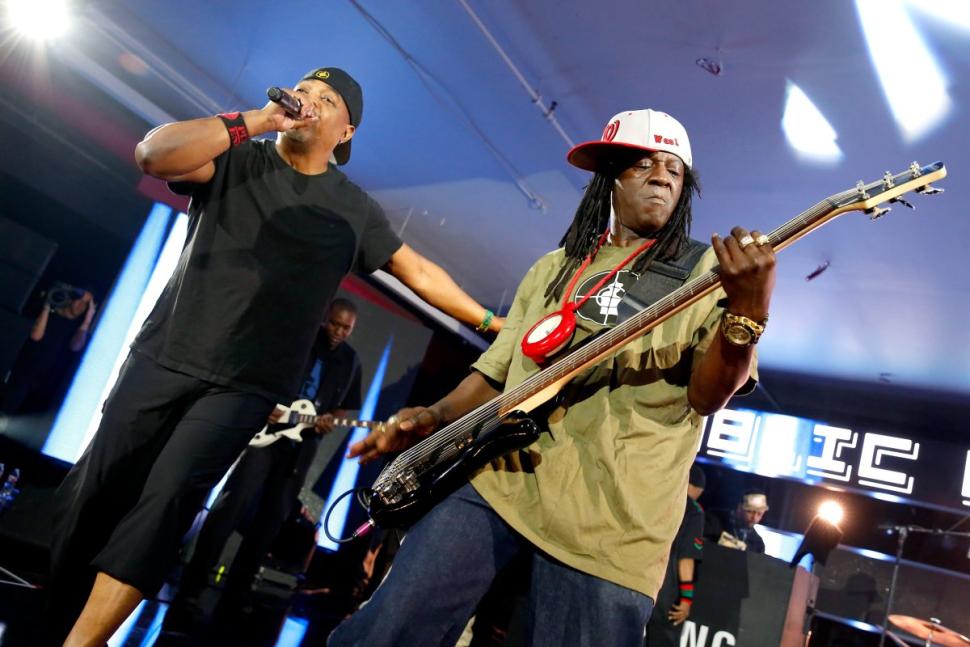 The battle that has riven the soul of the Republican Party has now infiltrated one of the greatest rap acts of all time. It wasn’t a wardrobe malfunction, Amber Rose’s nip slip was on purpose.

The model posted a photo to Twitter and Instagram on Thursday featuring her exposed nipple with the hashtag, #freethenipple.

Free The Nipple is a movement against “female oppression and censorship,” according to its website.

Rose is on a path to defy slut shaming. She held a… This song’s for the girls.

The empowering anthem “This Is For My Girls” dropped on iTunes on Wednesday for $1.29. All of the proceeds will be donated to the Peace… 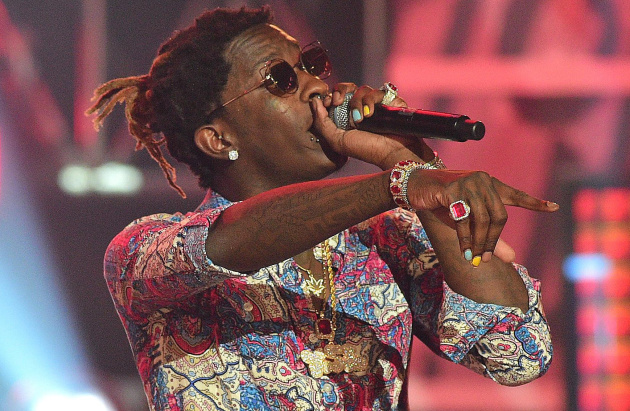 It doesn’t look like Young Thug and Rich Homie Quan have made up.

Last year around this time, a video surfaced of Young Thug calling Rich Homie Quan “b*tch homie Quan” during a show with Travis Scott. He later took to Instagram to tell fans that he wasn’t beefing with his former Rich Gang partner.

But things still seem to be sour between them as Thugger… 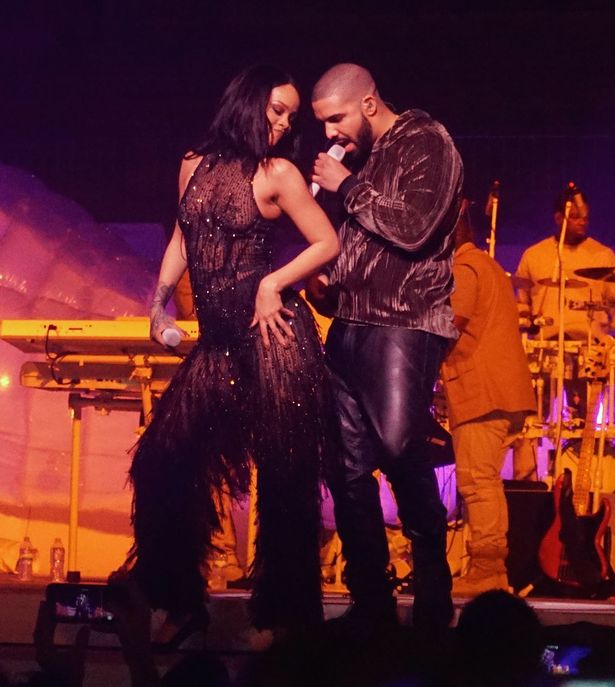 They're on-again-off-again romance maybe, well, off-again, but there was no denying the chemistry between Rihanna and Drake as the pair took to the stage for a racy performance of "Work" during Bad Gal RiRi's ANTI World Tour stop in Miami.… The Sony Corp. has agreed to buy out the Michael Jackson estate's 50 percent interest in Sony/ATV, giving it complete control of the music publishing company.

According to the announcement, Sony has signed a memorandum of understanding to pay the Jackson estate $750 million for the 50 percent interest it has in the publishing company that began as a joint… 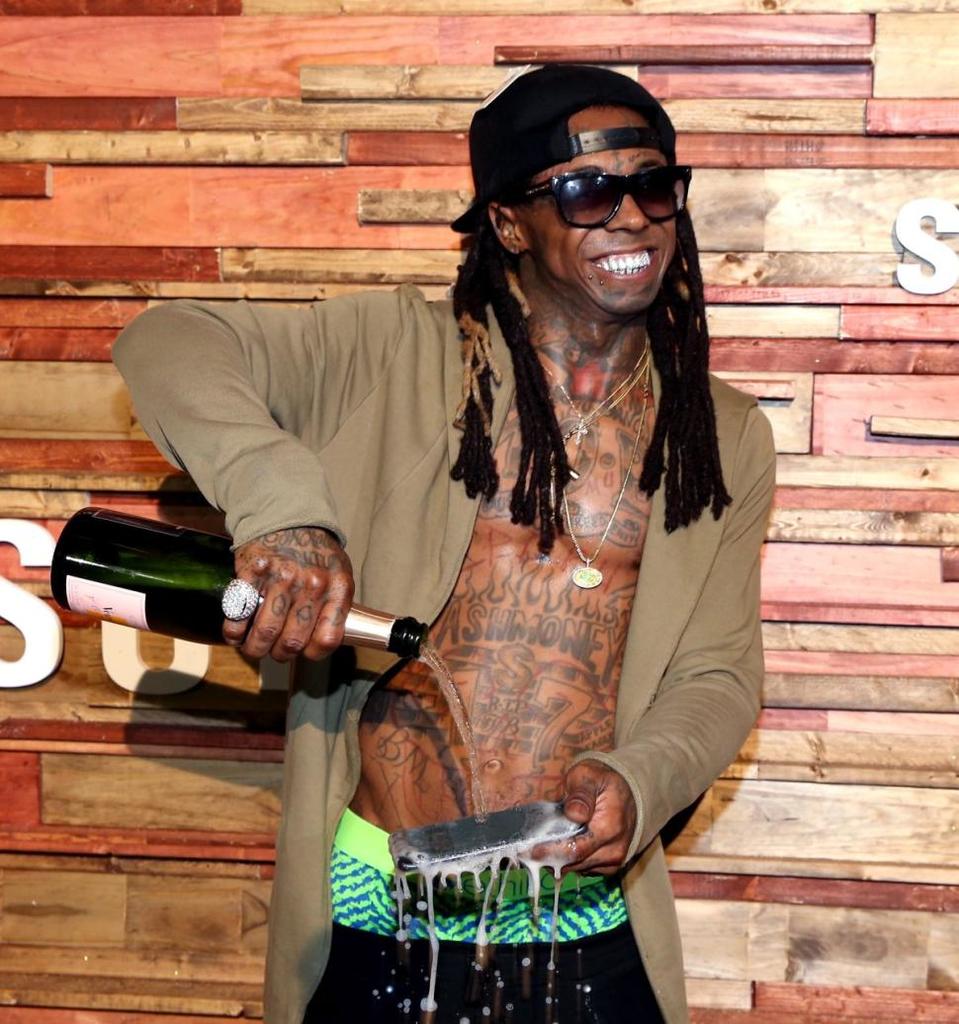 The money is the motive in a new lawsuit against Lil Wayne.

The Grammy award-winning rapper owes his lawyer nearly $300,000 — and is very behind in his payments, according to a lawsuit filed Monday in Manhattan federal court.

Lil Wayne and lawyer Michael B. Kramer agreed in December 2015 that his outstanding legal tab totaled $350,000, and that the…

Lil Kim Breaks Up A Fight Between Maino And Movie Cop Club Love in Brooklyn maintained its good name when Lil’ Kim squashed a beef Sunday morning between rapper Maino and cop-turned-actor Steve Stanulis, which almost pitted her entourage against club security too.

“Lil’ Kim performed in one part of the club, then rolled into the lounge part with a 20-person entourage around 2:30 a.m.,” says…