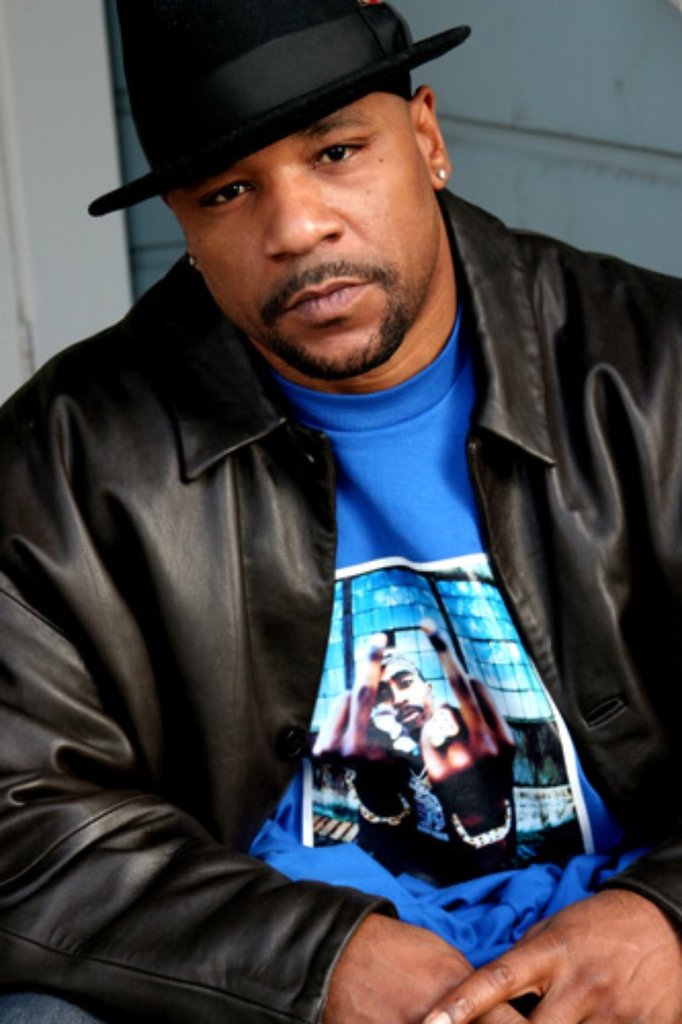 Rapper Big Syke, who was a longtime friend and collaborator of Tupac Shakur's, has died, according to reports.

Syke — whose real name is Tyruss Himes — was found dead inside his Hawthorne, Calif., home on Monday night and no foul play is suspected, TMZ reported.

The 48-year-old is believed to have died of natural causes, but an official autopsy has yet to be… 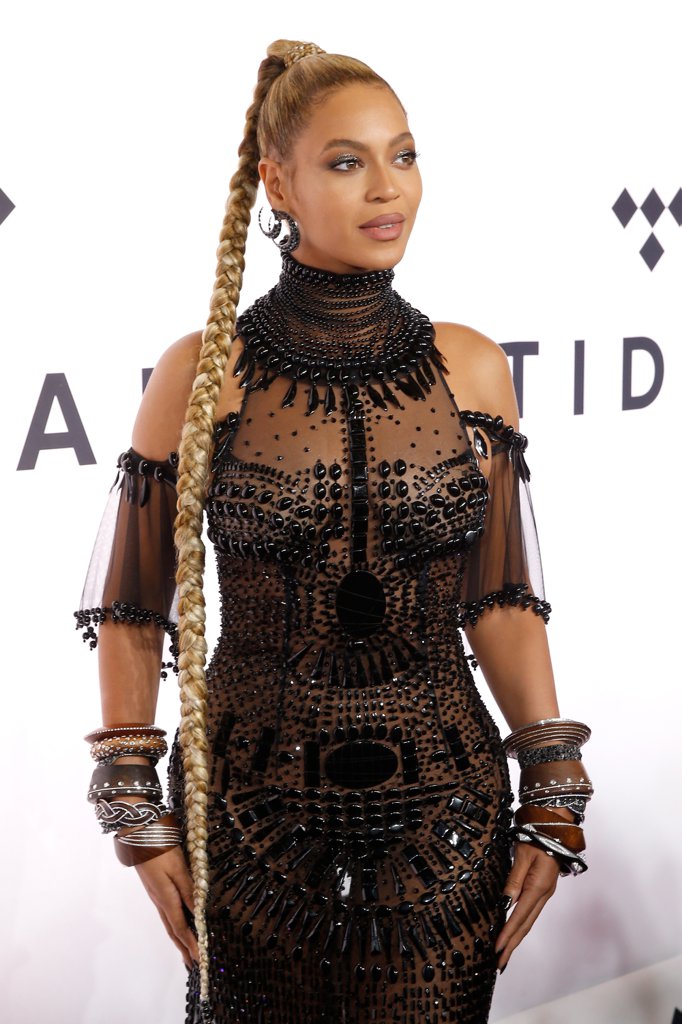 Ted Owens & Co., a London-based collectable and memorabilia boutique, is auctioning off some valuable archives of Beyoncé circa 1992.

The unedited, raw footage of the music diva performing at the age of 10 was discovered in the garage of the original photographer’s home. 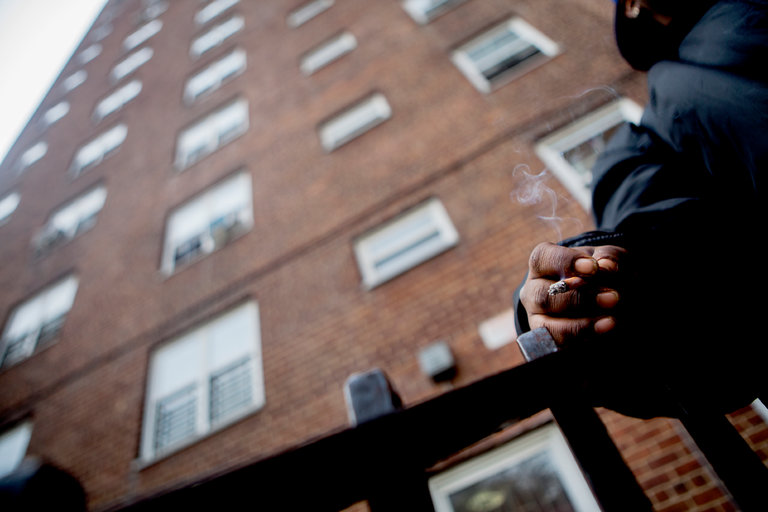 Vast changes are coming to the U.S Housing and Urban Development, and no, we’re not talking about Ben Carson.

USA Today reports the memo by current Secretary Julián Castro announced HUD’s plans to ban smoking in public housing units over the course of 2017. This includes the prohibition of “lit tobacco products (cigarettes, cigars or pipes) in all living units,… 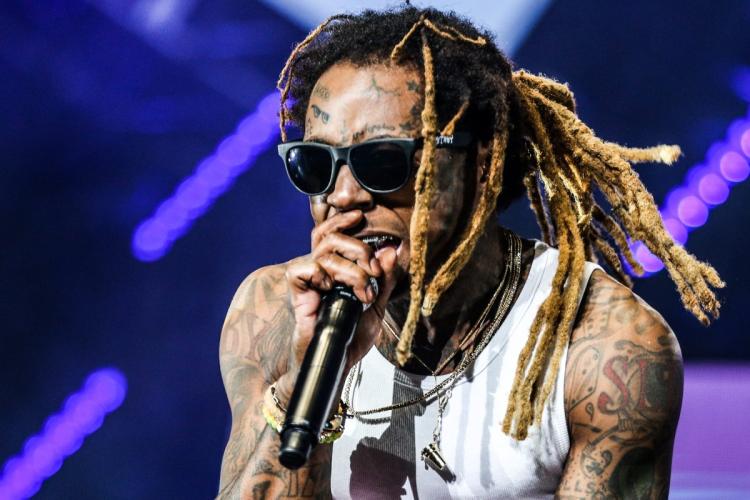 Lil Wayne has kept very little to himself in regards to his ongoing legal feud with Birdman. So it’s no surprise he used his recent performance to inform fans once again how he feels about his former mentor turned enemy.

During his Onondaga Community College show in Syracuse, Weezy F. Baby thanked the audience and reminded everyone where he stands with Cash… Witnesses told the NYPD that Barnes also punched another woman and a man who tried to intervene at Avenue nightclub in Chelsea about 3:20 a.m.

Barnes allegedly choked a 26-year-old woman sitting at a… 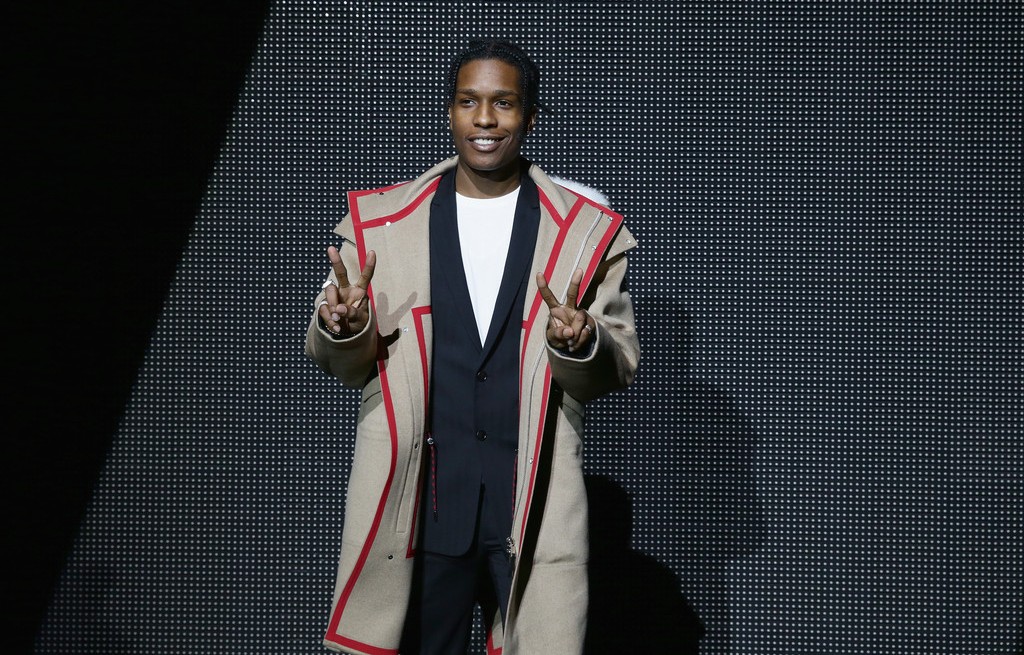 Earlier this year, A$AP Rocky’s landlord in New York City reportedly sued him for allegedly turning a closet into a recording studio, damaging a bathroom, removing a chandelier, and more. Now, Rocky has filed a countersuit, TMZ reports. He claims the landlord neglected maintenance that would have prevented two floods in the unit, including one that caused him to spend… “The Real Housewives of New York” were dissed by Nicki Minaj this past week when the hit rapper refused to appear on their show.

Spies said Minaj was with boyfriend and fellow rapper Meek Mill at Jue Lan Club this past week when the women from the Bravo show — now including comeback socialite Tinsley Mortimer — were filming.

“There were seven or eight of them… 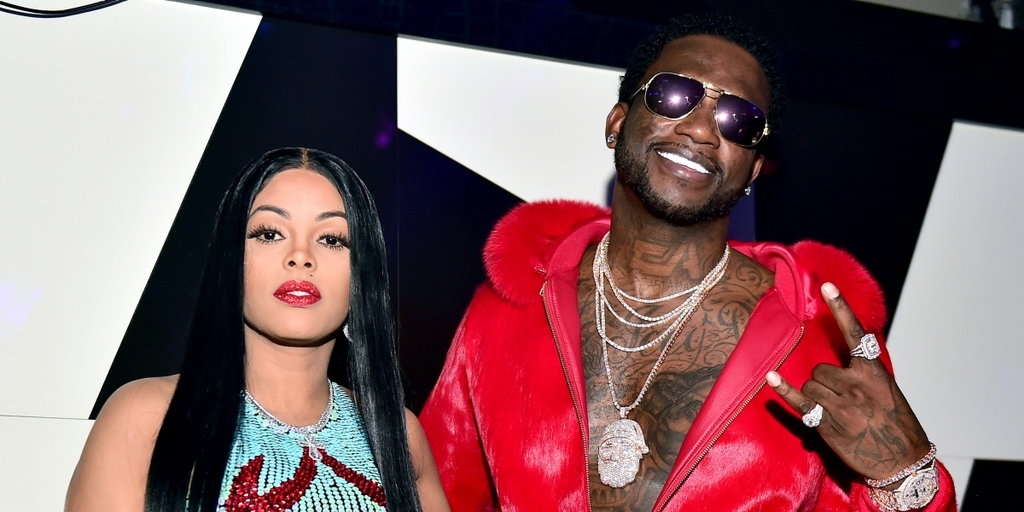 Gucci Mane has set the date that he and longtime girlfriend Keyshia Ka’oir will tie the knot. After a series of incidents this week, Live Nation has removed Jeremih from his joint Summer's Over tour with PARTYNEXTDOOR. A representative for Live Nation has confirmed to Pitchfork that Jeremih will not be performing for the remaining three dates of the tour, and tickets will be fully refunded to guests who wish to forfeit entry to the show. 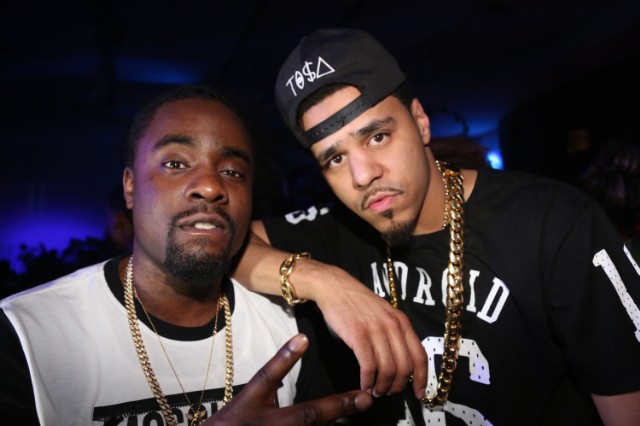 After addressing each other on wax, J.Cole and Wale were spotted hanging out together at a North Carolina State basketball game last night (Dec. 3), deading any noise that the two have beef over the bars they traded.

The NC State Wolfpack took on Boston University in Raleigh. During the game, Wale took to Snapchat and posted a video of himself and Jermaine sitting…

Jeremih Says PartyNextDoor And His Crew Are “Some Bitch Ass N!**@s” 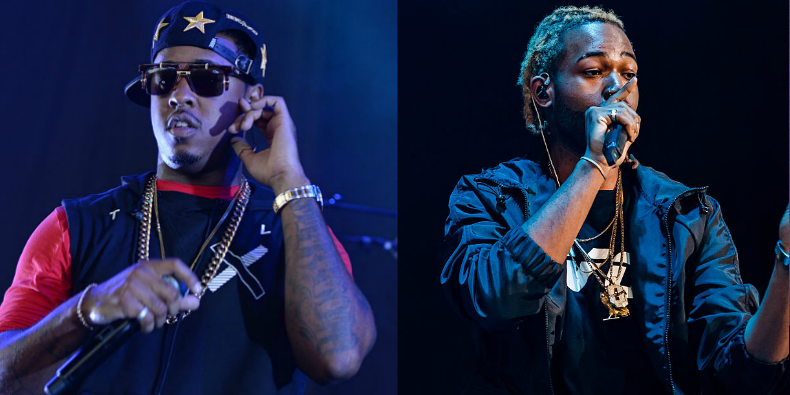 What’s up with Jeremih? The Chicago native has been showing some Kanye-esque tendencies at his last few The Summer’s Over Tour dates with PartyNextDoor, with his latest performance being highlighted by the crooner dissing PND on stage.

The “Oui” singer performed on Friday night (Dec. 2) in Dallas, Texas when things went left during the show. “All my fans I love y’all.…

‘Showtime At The Apollo’ Returns With Ja Rule And Ashanti 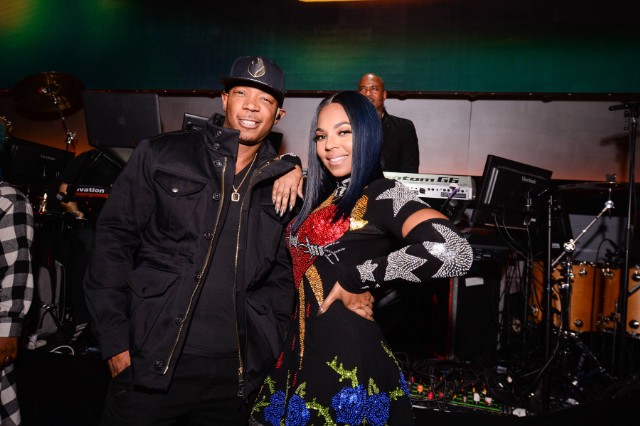 The classic Showtime at the Apollo talent show is back. The program debuted in 1987, and closed its doors in 2008. Like old times, comedian Steve Harvey is set to host the venue at The Apollo in Harlem, which airs on Monday (Dec. 5), at 8 p.m. EST on FOX. Additionally, a two-hour special will follow in early 2017 featuring snippets of the show’s weekly Amateur Night… 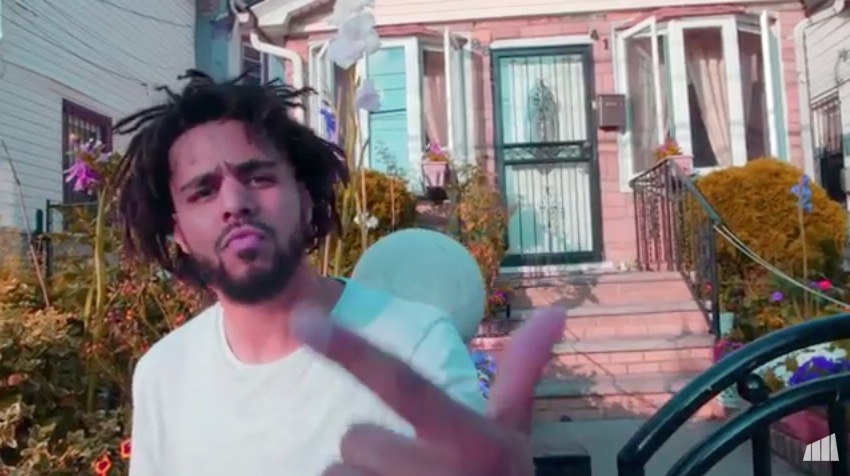 Earlier this week, J. Cole shared a new documentary called Eyez. It was a behind-the-scenes look at the making of his upcoming fourth studio LP, 4 Your Eyez Only. The documentary featured snippets of two new songs—“Everybody Dies” and “False Prophets (Be Like This)”—the latter of which appears to take swipes at Kanye West. Now, those tracks have been released in full,… 50 Cent just scored $14.5 million dollars from his lawyers, who reached a settlement with the artist to avoid trial.
The G-Unit founder was suing his lawyers for malpractice regarding their handling of his case against Sleek Audio. 50 lost that court battle with Sleek Audio, which meant he would have to pay the company $16 million. Now, the rapper is going to get some…

Cam'ron Explains Why He Doesn't Rock With Jim Jones Anymore 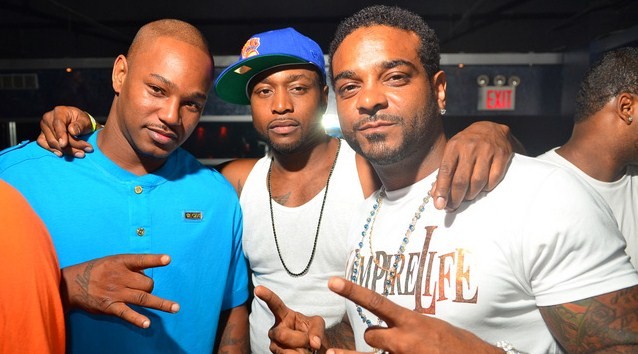 Cam'ron drops by The Angie Martinez Show and breaks down issues with Love & Hip Hop, Jim Jones and lawsuit with UFC. 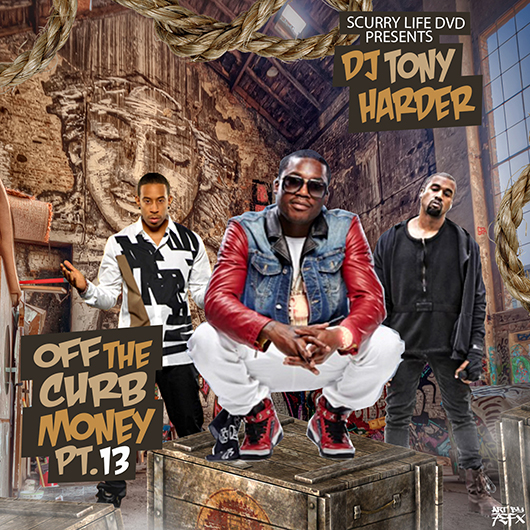 Katt Williams avoided jail time in a gun and drug case that started with an alleged baseball bat beatdown ... getting years of probation instead.

Katt pled no contest Thursday in Hall County, GA to assault and battery charges from this past March, which landed him 5 years of probation instead of time behind bars.

Katt was busted with guns and drugs at his home…

Drake Streamed Over 4.7 Billion Times In 2016 On Spotify Drake has been on a tear this year, and it doesn’t look like the Toronto native will slow down anytime soon. He can add Spotify’s most streamed artist of 2016 to his list of accolades, racking up over 4.7 billion streams to take home the crown. This more than doubles his 2015 streaming total of 1.8 billion, thanks to “One Dance” and VIEWS, as they were the most streamed…

Kanye West Has Reportedly Been Released From UCLA Medical Center 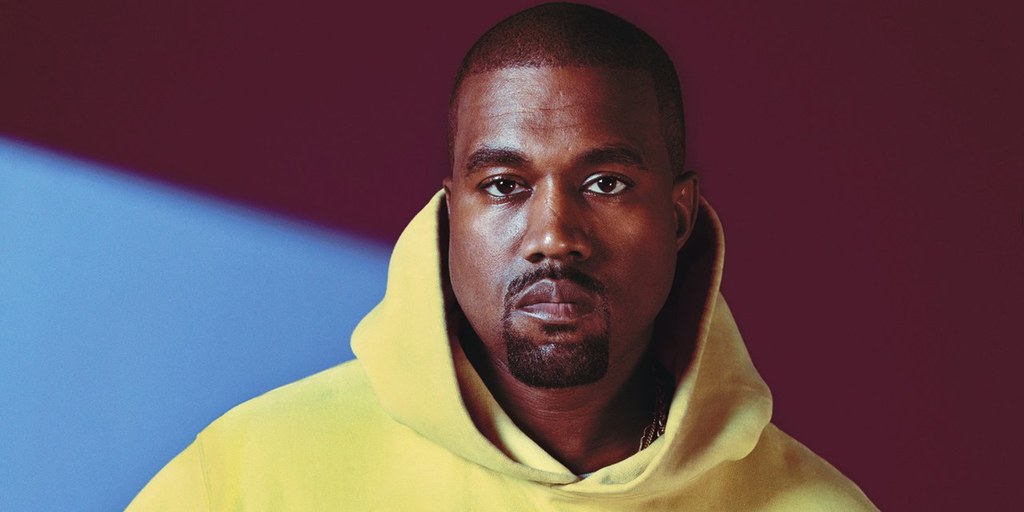 According to TMZ, Kanye West has been released from UCLA Medical Center after more than a week of reports involving his unpredictable mental state.

The site reads that Kanye is not out of the woods just yet, as he must continue to have psychological and mental treatment performed even after checking out of the hospital. However, he is currently at home resting with…

Forbes has once again combed through the numbers and listed the world’s highest-paid musicians, with a handful of Hip-Hop notables making the cut. Among the stars in the listing this year: Diddy, Jay Z, Dr. Dre and Drake.

The highest-earning Hip Hop mogul was Diddy, coming in at #10 with $62 million, thanks in part to his deal with Ciroc vodka.