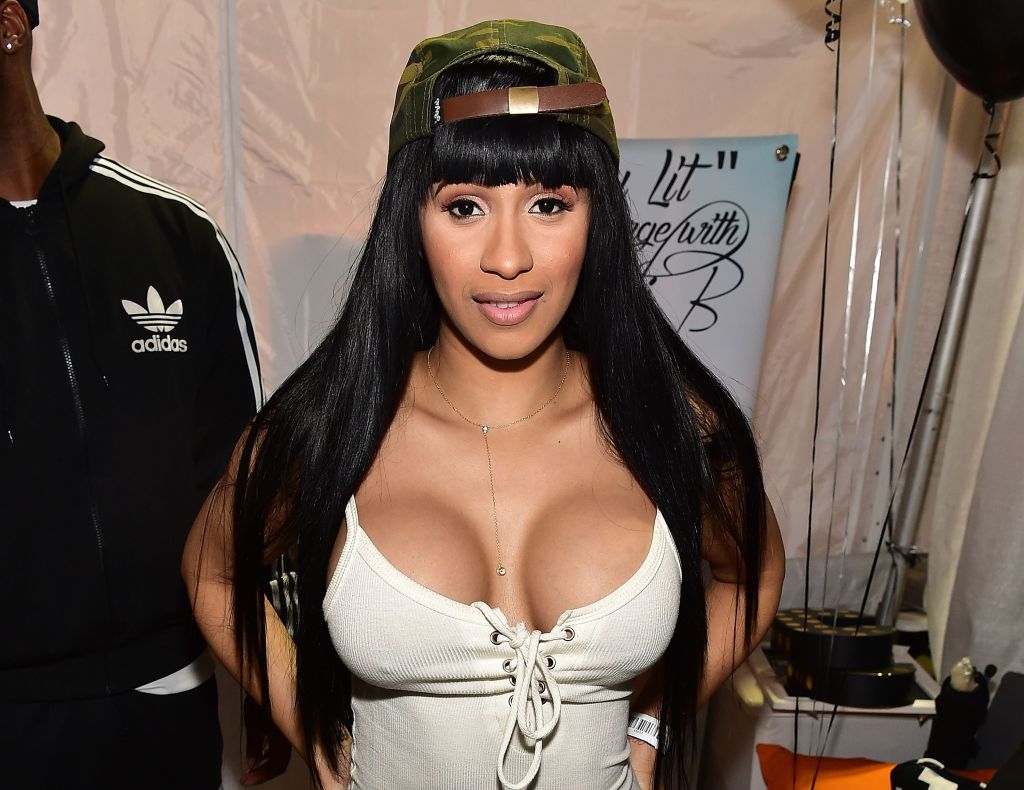 Cardi B's breakthrough year keeps getting bigger, and now the rapper has earned a historic first on Billboard's Hot R&B/Hip-Hop Songs chart: She becomes the first woman to chart her first three entries on the list in the top 10 simultaneously.

Common’s Girlfriend Is Inspiring Him To ‘Do More Work’ 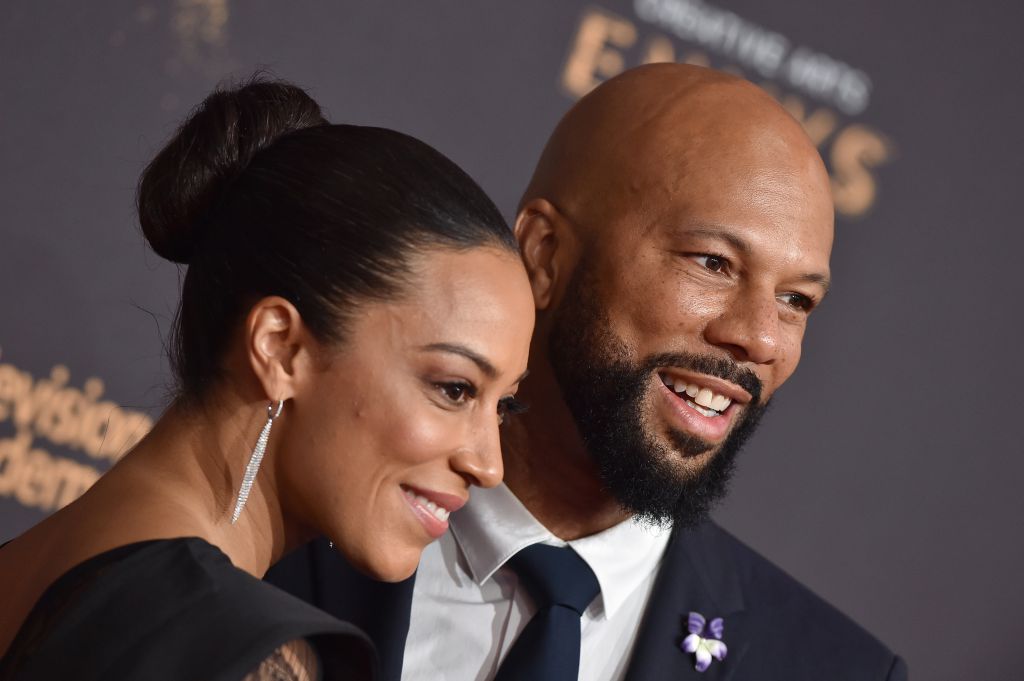 “I feel like I have a lot more work to do . . . I feel like I have to be more intelligent with the work and strategize more,” the rapper said at the Root 100 gala at Guastavino’s, where Rye was honored Thursday.

“I have to listen more and go out and do more… Tyrese Gibson has apologized for his “complete” meltdown and blamed the incident on prescription drugs.

“I want you guys to know that to this day I don’t drink, smoke or on any level do I do drugs,” he said in a long Instagram rant on Saturday. “Because of this high stress and very traumatic experience I was advised then ultimately connected with multiple therapist[s]… 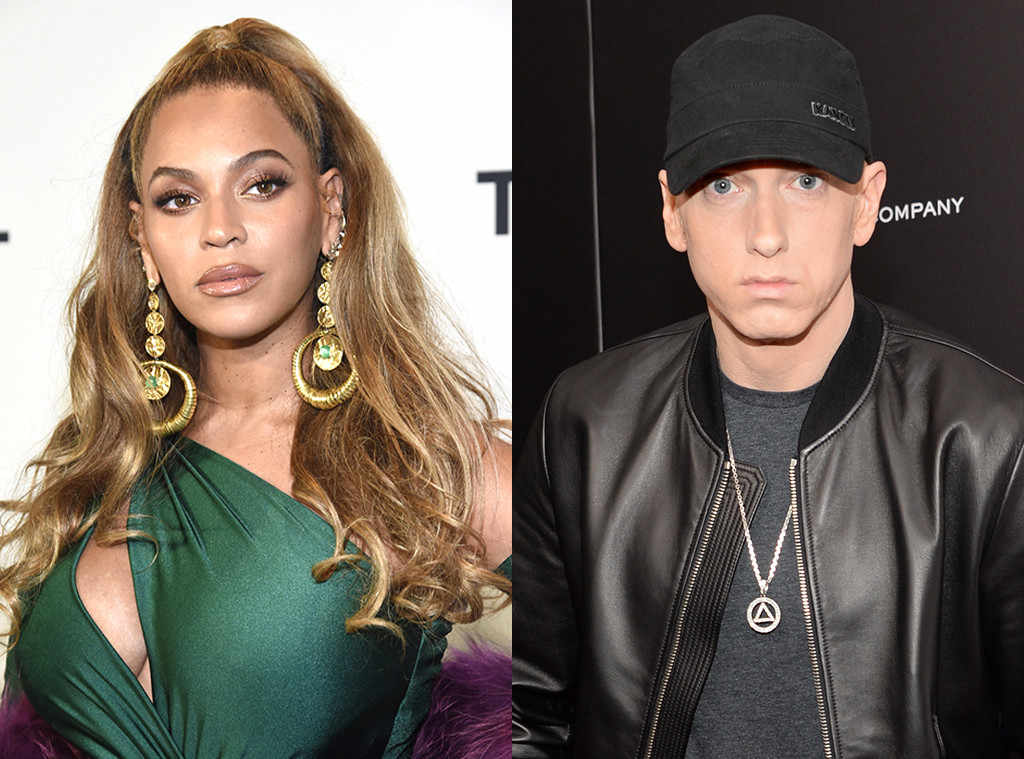 Eminem returned Friday, and he did so with one of music’s biggest names: Beyoncé. The song will likely appear on the rapper’s forthcoming ninth album, which has been long rumored. Budding rap producer Ramsay Tha Great was sentenced to 10 years in prison for pimping four women in Orange County, Calif. for close to a year. On Tuesday (Nov. 7) the producer, whose birth name is Brandon Christopher Ramsay, pleaded guilty to four felony counts of pimping, in addition to counts of pandering, human trafficking, and assault with a firearm. The Juice got loose at a Las Vegas hotel — getting booted after a scuffle at the bar late Wednesday, according to a report.

TMZ reports that O.J. Simpson got kicked out of the Cosmopolitan Hotel for good after allegedly getting boozed up and becoming unruly. 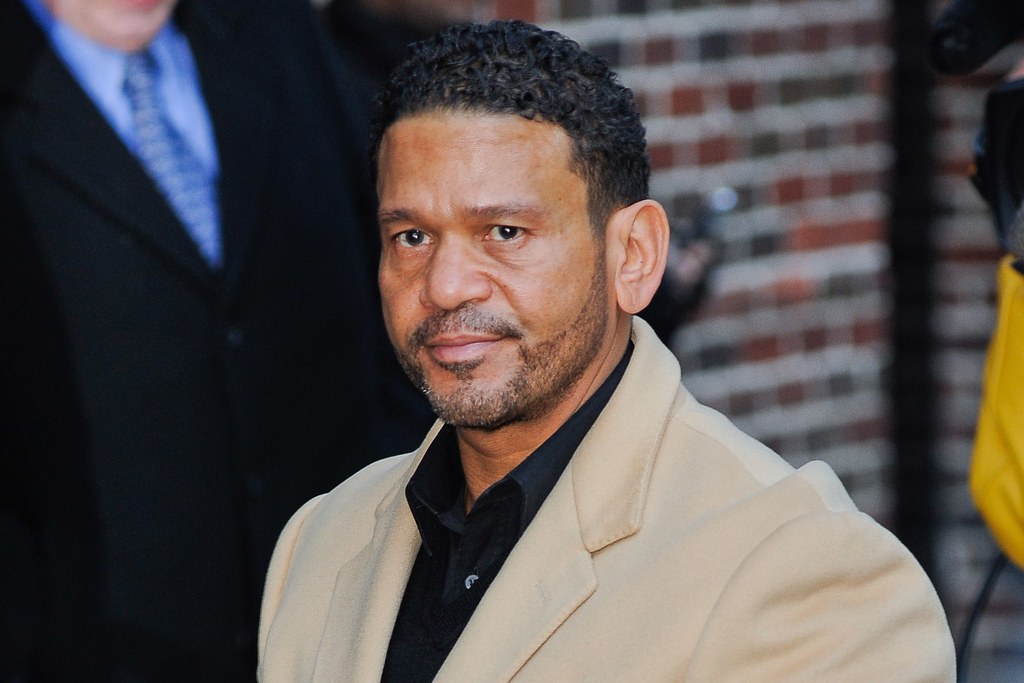 Benny Medina, best known for managing Jennifer Lopez and Will Smith, has been accused of attempting to rape “Sordid Lives” actor Jason Dottley in 2008.

Dottley opens up to The Advocate about meeting Medina at a bar in LA with fellow actor T. Ashanti Mozelle and going back to his mansion with him.

While Mozelle was in the pool, Dottley claims that Medina offered… 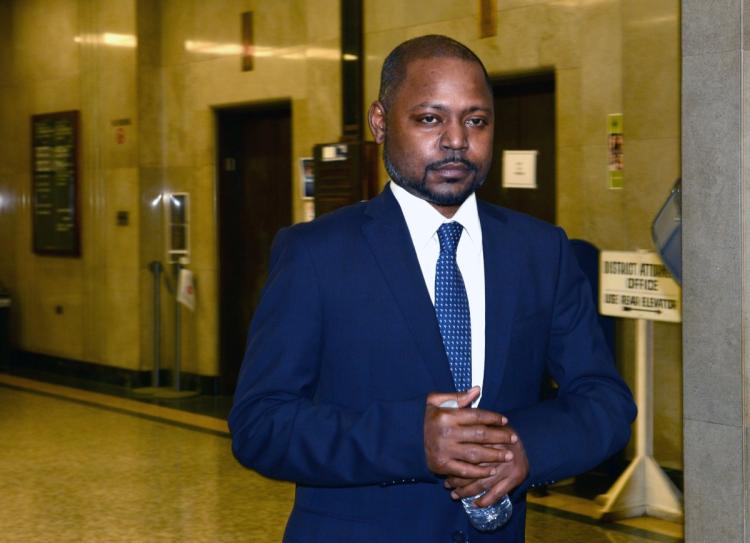 Nicki Minaj’s brother Jelani Maraj has been found guilty of raping an 11-year-old girl at his home in Baldwin, New York.

The Long Island newspaper Newsday reports that jurors convicted Maraj, 38, in Nassau County Court on Thursday, November 9, on a felony charge of predatory sexual assault on a child and endangering the welfare of a child. Maraj reportedly showed no…

Tyrese Accused Of Skipping Visits With His Daughter Shayla 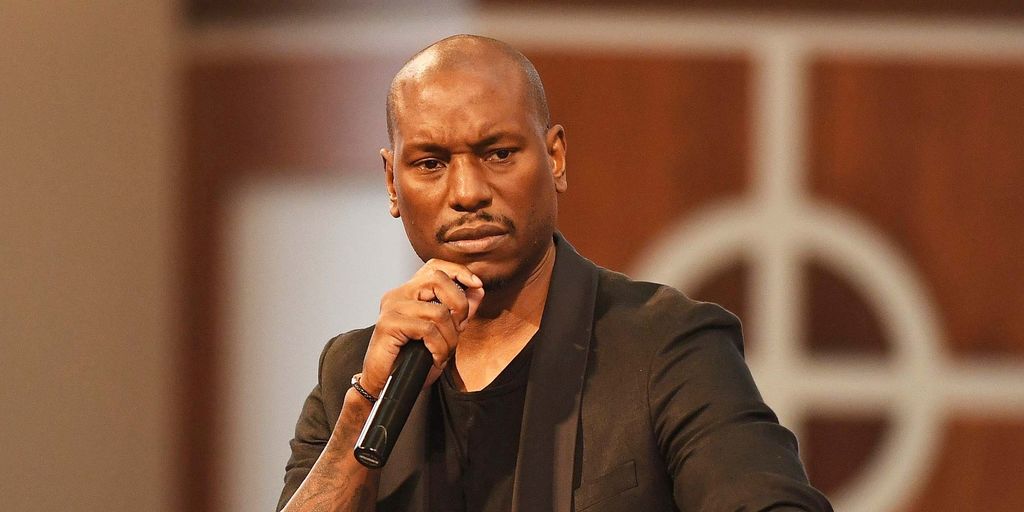 Amid Tyrese and ex-wife Norma Gibson’s bitter custody battle, a source close to Norma told Page Six on Thursday that he was granted four recent visits with a third-party monitor, who is a clinical psychologist, but that he “disappeared” before two of them.

Two additional monitored visits are scheduled for this weekend, the source said, but Tyrese Instagrammed this… 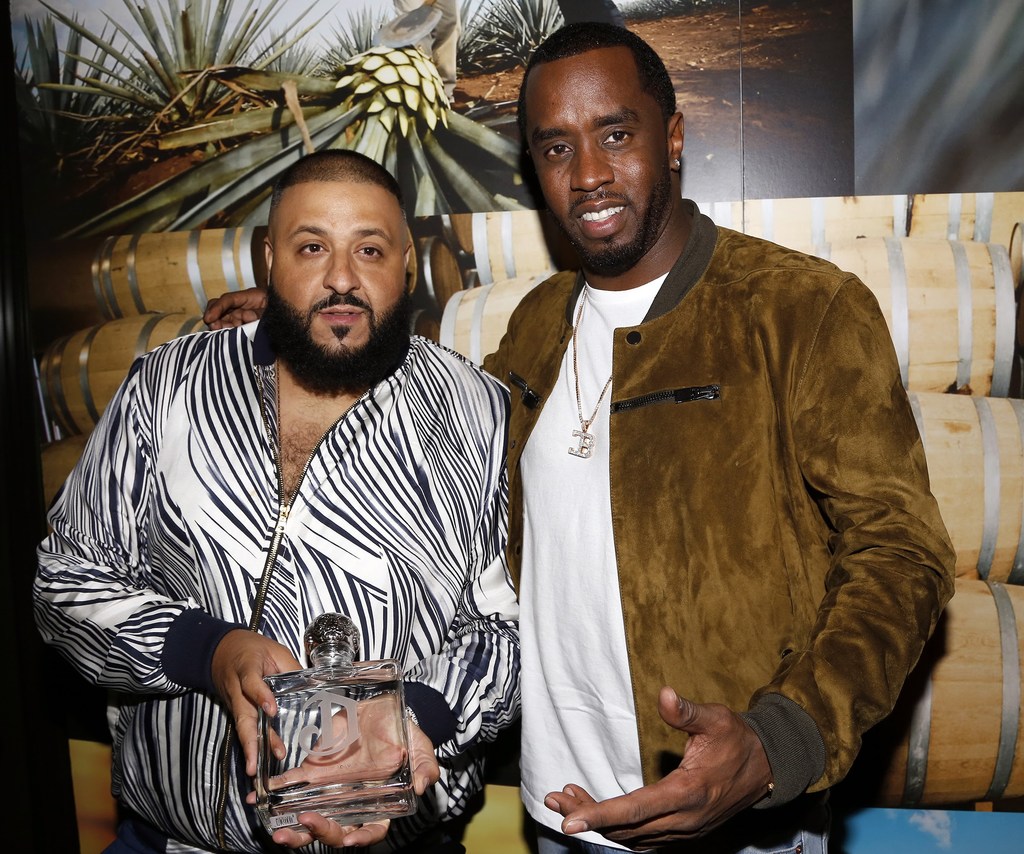 Fox is singing in a new era with some big-name stars on its latest vocal competition series.

Diddy and DJ Khaled will make up half of the network's newest show "The Four," TMZ reported. Their names were originally floated as potential fits on the series late last month by the gossip website.

Fox is reportedly planning to fill out the remainder of its… Tia Mowry is pregnant with her second child.

The “Sister, Sister” actress announced the news with a sweet Instagram post of her 6-year-old son Cree and her husband Cory Hardrict kissing her growing belly.

Her twin sister, Tamera, posted on social media, “Yaaaay! I’m going to be an auntie again.… 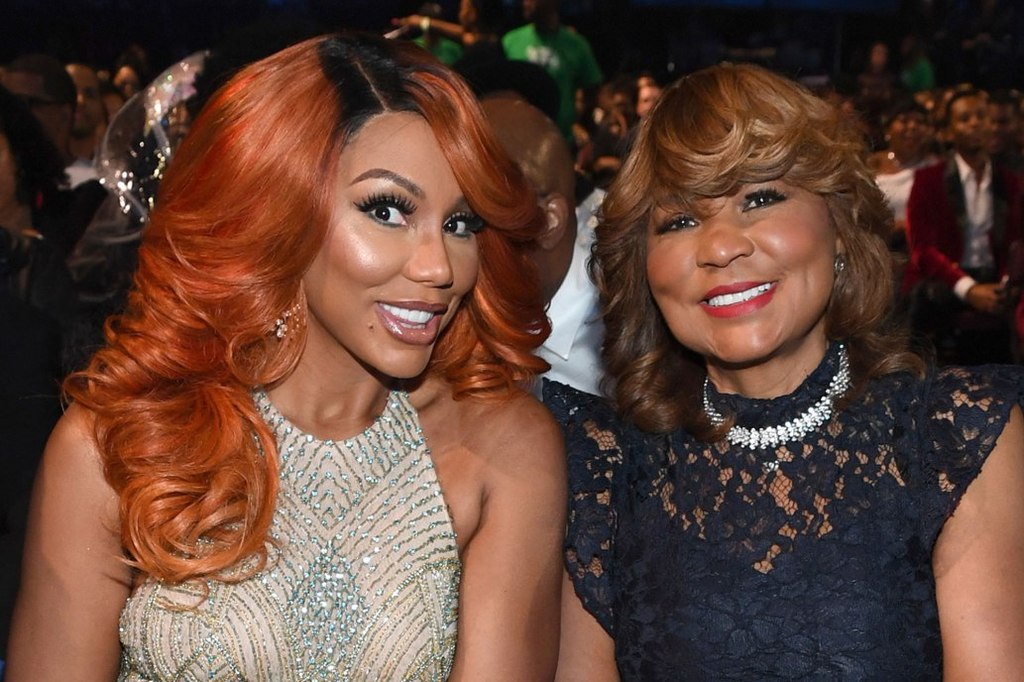 Tamar Braxton is refusing to shoot scenes with her own mother, Evelyn, on their long-running WE tv reality show “Braxton Family Values,” because the matriarch spoke out about Tamar’s divorce from her manager and husband, Vincent Herbert.

“Tamar is not speaking to her mother right now after [Evelyn] told [paparazzi] cameras Vince needs to keep his hands off of her. She… Torrei Hart is ready to live the definition of a blended family.

Kevin Hart’s ex-wife says she wants to help co-parent Kevin’s new baby, who is due any day now, with his current wife Eniko Parrish.

“I have baby fever, but I don’t want any more kids,” Torrei, 39, told Us Weekly. “I wanna be able to love on this baby just like they’re loving on the baby. With… 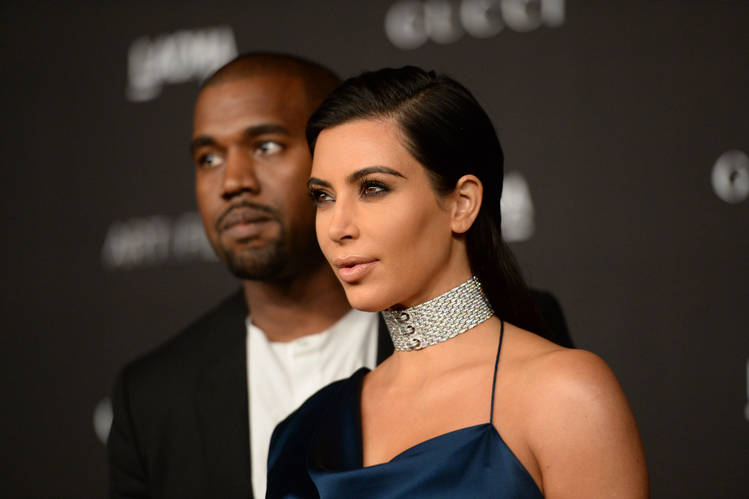 After renovating every inch of their luxurious Bel Air mansion, Kim Kardashian West and Kanye West sold it for $17.8 million, according the realtor responsible for the sale.

The 9,000 square-foot home has six bedrooms and eight bathrooms, along with a pool, massive glass doors and automatic windows. The entrepreneurial couple bought it back in 2013 for $9… Post Malone and 21 Savage new song "Rockstar" spends its 4th week atop the Hot 100. The collaboration has officially held the most weeks at #1 for a rap song in 2017.

"Rockstar" surpasses Migos and Lil Uzi Vert's "Bad and Boujee" as well as Cardi B's "Bodak Yellow." Both of those singles led the Billboard chart for three weeks.

Diddy Was Just ‘Joking’ About Changing His Name To ‘Brother Love’ 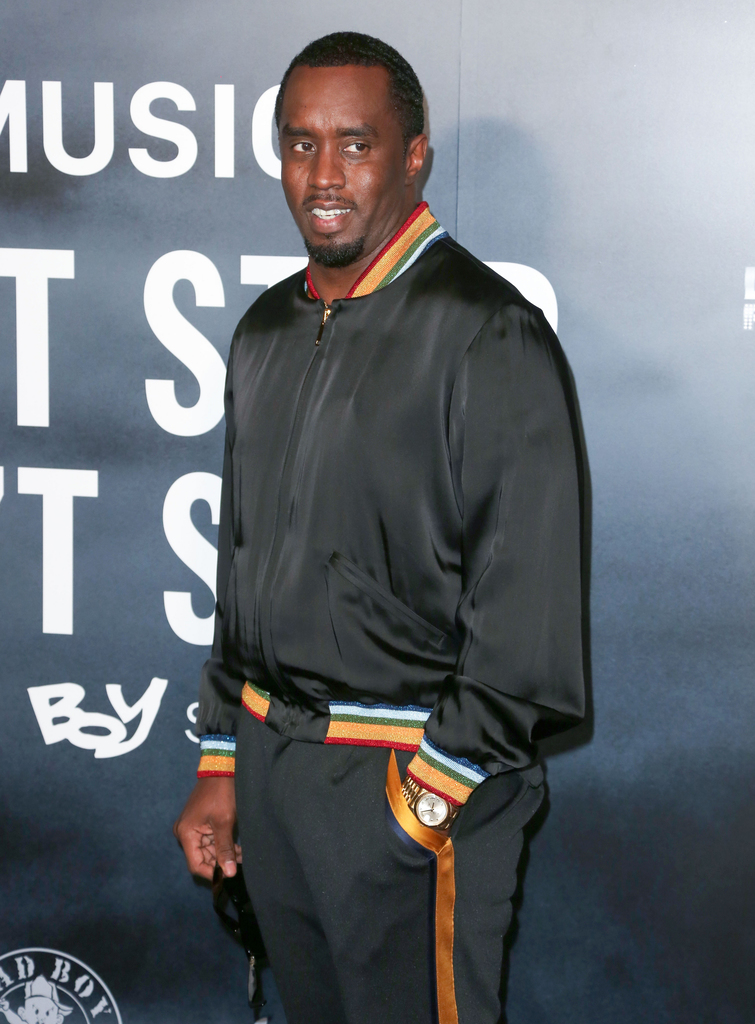 Diddy almost did it again.

Sean Combs — who currently goes by Diddy and previously went by Puff Daddy, Puffy and P. Diddy — clarified that he was “only joking” when he announced over the weekend that he would be changing his name once again. 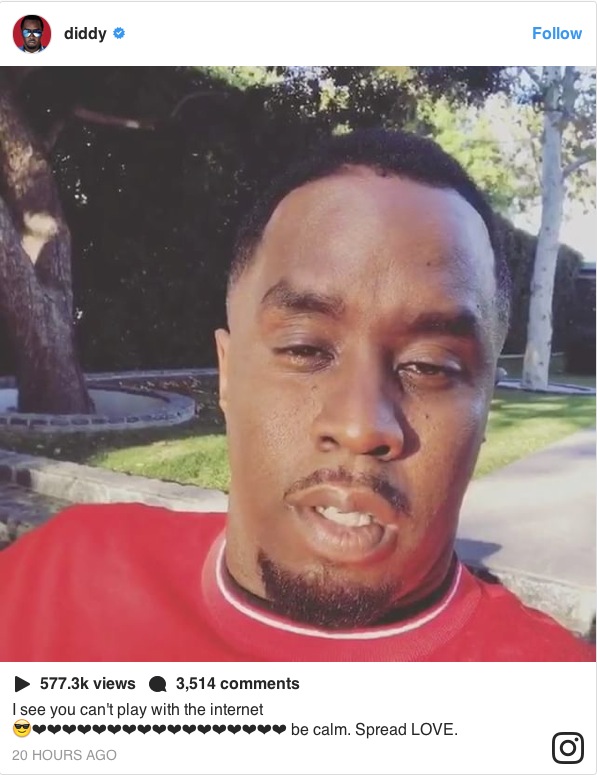 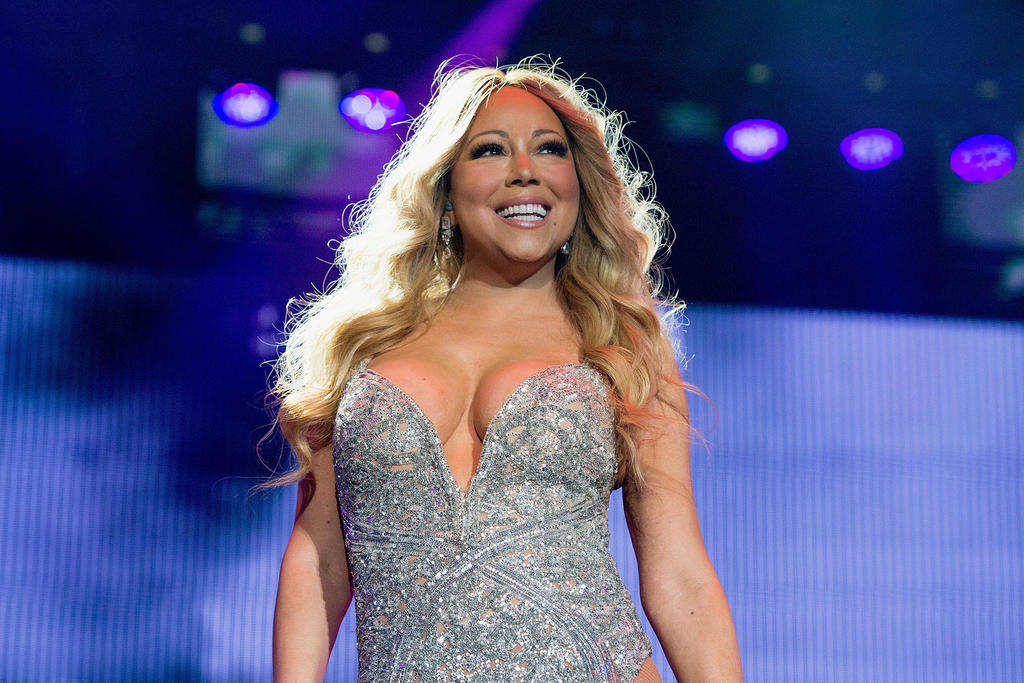 Mariah Carey, the artist with the most No. 1 hits on the Billboard Hot 100 chart, is one of the nominees for the 2018 Songwriters Hall of Fame.

Carey, who co-wrote 17 of her 18 No. 1s, earns her first nomination for the prestigious prize. The Songwriters Hall gave The Associated Press the list of nominees Monday, a day ahead of its official…

Kevin Hart Running Around The Country Before His Baby’s Birth 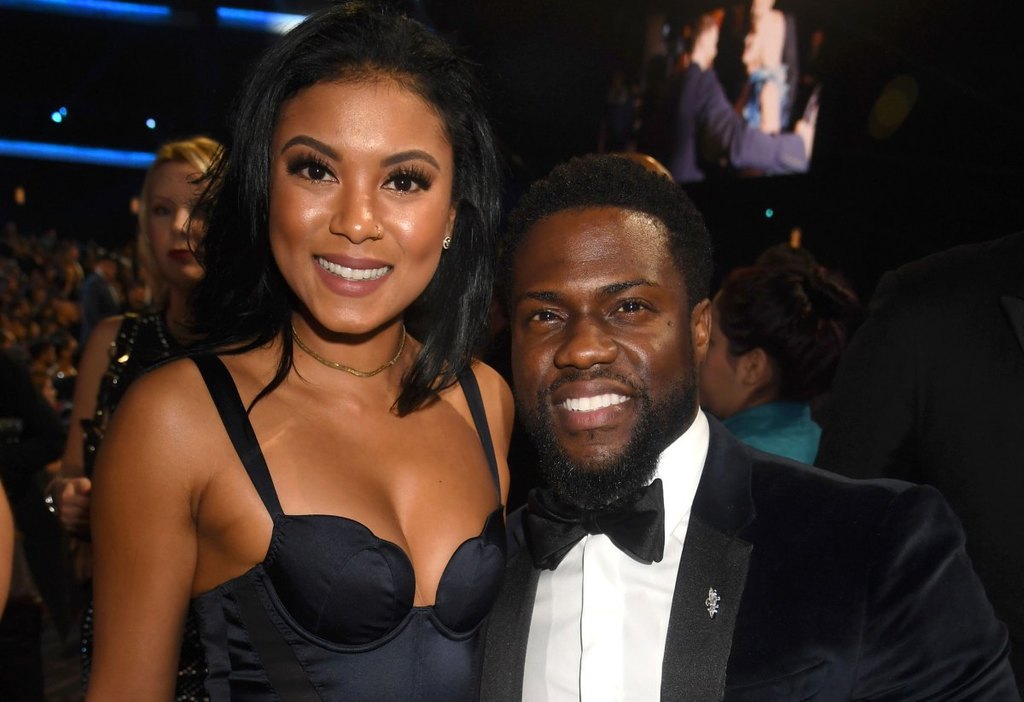 Although Kevin Hart and his wife Eniko Parrish are expecting a baby any day now, his schedule hasn’t slowed down.

This weekend, Hart, 38, completed the New York City Marathon, then jetted across the country to celebrate his son’s birthday and then traveled again for work.

“Ran 26.2. miles yesterday & jumped on a plane immediately after to rush to LA to my…

Beyoncé Has Fed The Homeless Since She Was 10 Beyoncé hasn’t hesitated to do what she can to help hurricane relief efforts in her hometown of Houston. That’s because, as her mother Tina Knowles shared, philanthropy is in her blood.

“They were feeding the homeless when they were 5 and 10,” Knowles said of daughters Beyoncé and Solange on “The Doctors,” airing Tuesday. “Solange was on bread and Beyoncé did… Perhaps Sean Combs should have scrolled through social media before switching up his moniker.

After changing his name to “Brother Love” on his 48th birthday on Saturday, the music mogul was hit with a slew of responses as Twitterverse informed him the name was already taken by wrestling personality Bruce Prichard, a.k.a. the first Brother Love.