Venus Williams Home Robbed Of $400K During US Open 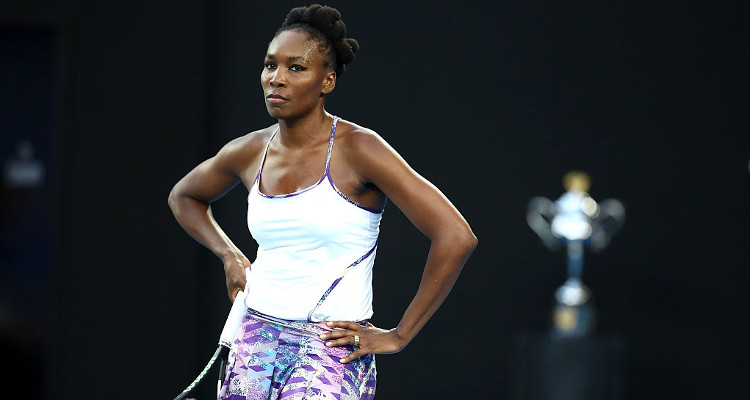 Burglars hit tennis star Venus Williams’ Florida home, stealing $400,000 worth of goods while she was at the U.S. Open.

Palm Beach Gardens police released a report Thursday about the burglary, which happened between Sept. 1 and 5. Police redacted details of what was stolen. The burglary was first reported by WPEC-TV.

In June, Williams was involved in a traffic… Record labels are obsolete. They haven’t kept up as music evolved from selling CDs to streaming songs to promoting concert tickets and merchandise. Labels were meant to help artists generate albums, fame, and money. But now anyone can record themselves and no one “buys” music. So today that requires being a technology company, combining analytics with hyper-targeted… The Brooklyn rapper, known for his single “GUMMO” has plead guilty to felony accounts of sexually assaulting a 13-year-old girl.

Brooklyn rapper ZillaKami originally posted the pictures from the past summer which showcased Tekashi 6ix9ine with the girl. Once the attention was put out the FBI got involved. As a result Tekashi just plead guilty to 3 counts of sexual… 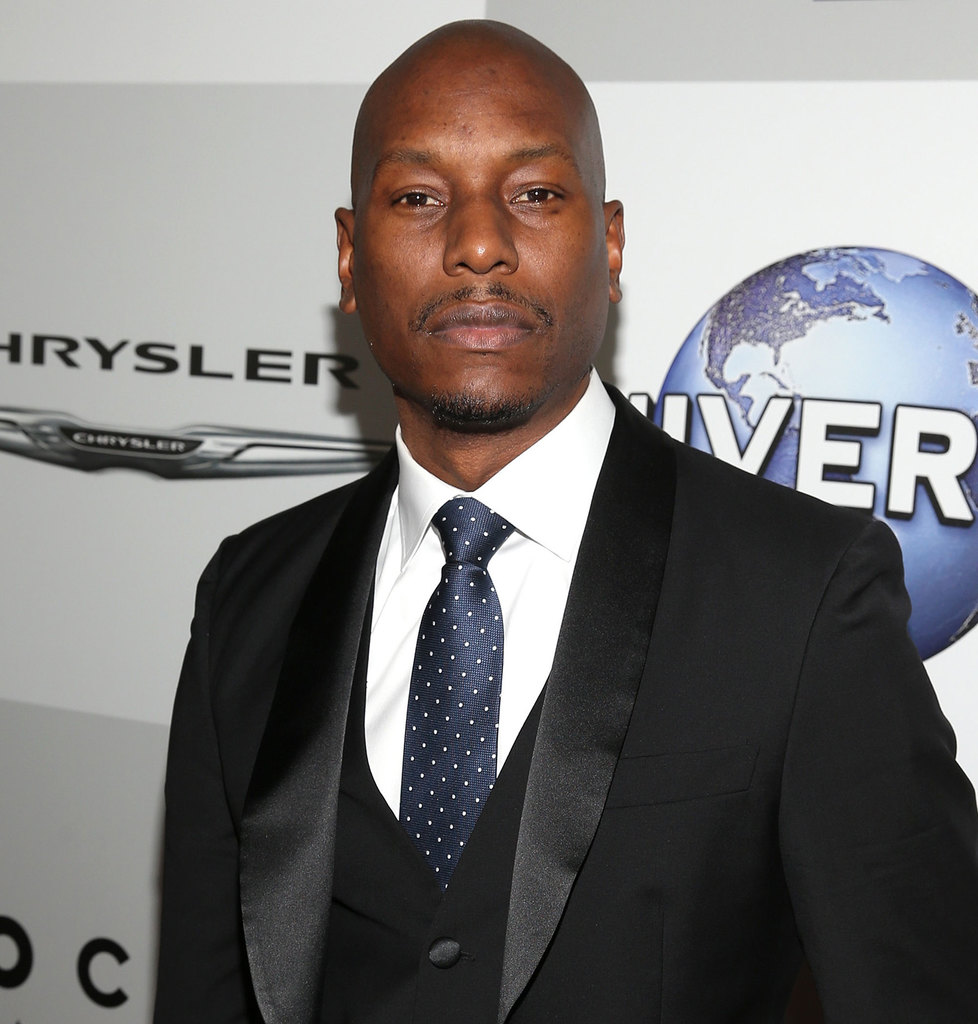 Tyrese Gibson did not attend his court hearing Tuesday.

A source told Page Six the “Fast & Furious” franchise actor was expected to appear in court over the custody battle he’s embroiled in with ex-wife Norma Gibson, but he didn’t show. Instead, his lawyer Terry Levich Ross, who filed for a substitution of attorney Monday, appeared in the Los Angeles court on his… 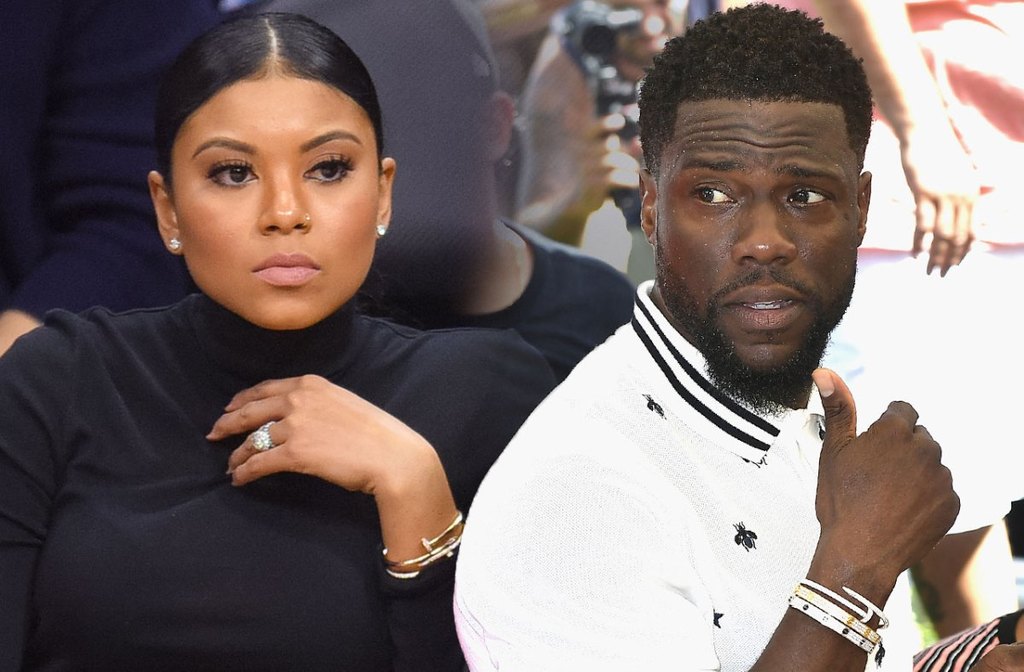 The bun in the oven isn’t done cooking yet.

On Wednesday morning, there were reports that Kevin Hart’s pregnant wife, Eniko Parrish, had gone into labor, but hours later, Hart jumped on Twitter to clear up the confusion.

“No labor yet guys… false alarm. We are getting close tho,” he shared. “Waiting patiently for the arrival of our little man!!!… It’s hard to imagine rap superstar Nicki Minaj doing anything under the radar — but she quietly visited her convicted child-rapist brother in a Long Island jail last week, according to a new report.

Gossip website TMZ broke the news Wednesday that Minaj went to the Nassau County Correctional Center ​in East Meadow ​with her mother, Carol. 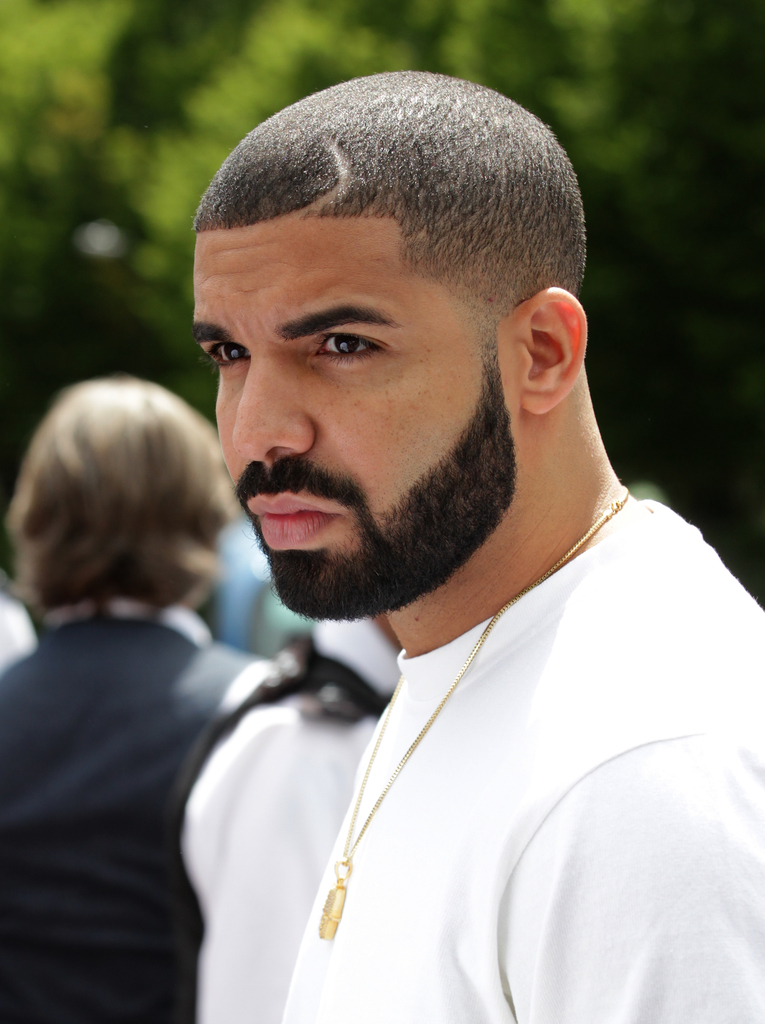 At a post-concert performance in Australia, the rapper was captured on Instagram stopping mid-song to call out a fan in the crowd for allegedly groping other audience members.

“If you don’t stop touching girls, I’m gonna come out there and f–k you up,” he said into the microphone while standing on the DJ’s platform above the… 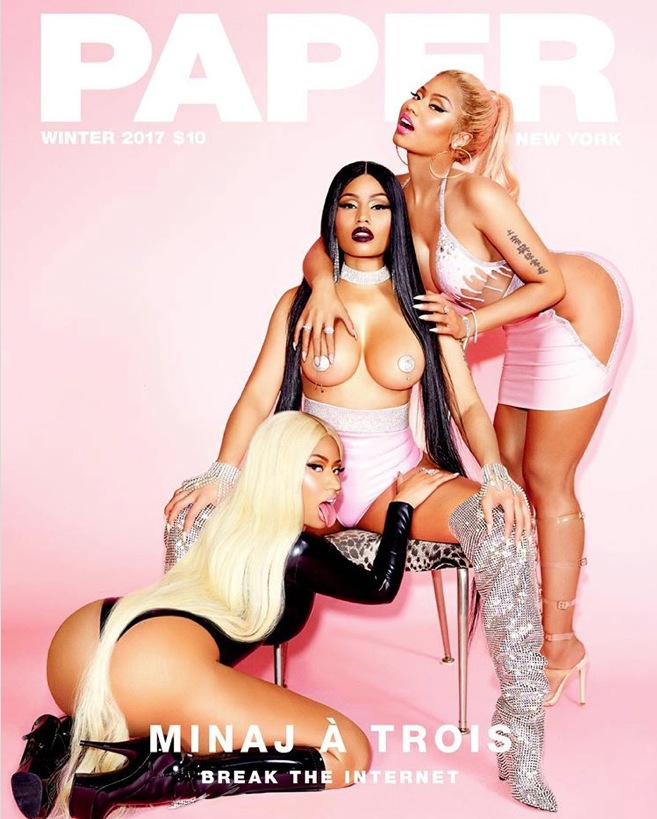 Like Kardashian's 2014 issue, the publication declared that the 34-year-old rapper was attempting to "break the Internet" with her NSFW cover. In the risque image, there are three versions of Minaj, one of which has long black hair and is sitting…

XXXtentacion Shows His Stab Wounds After Getting Jumped By Migos 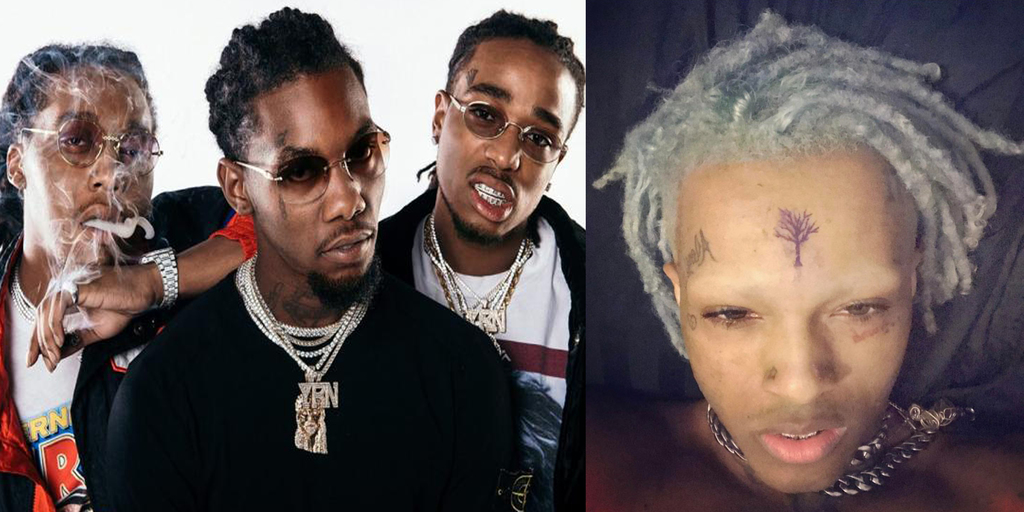 Footage of Migos and XXXTentacion Fight.… Taraji P. Henson will play the lead character in an upcoming remake of "What Women Want," which originally starred Mel Gibson in the main role, Deadline reported.

Henson, who stars in the hit show "Empire," will portray a female sports agent trying to compete in a male-dominated world in the film titled "What Men What."

The Paramount Pictures-backed movie is… 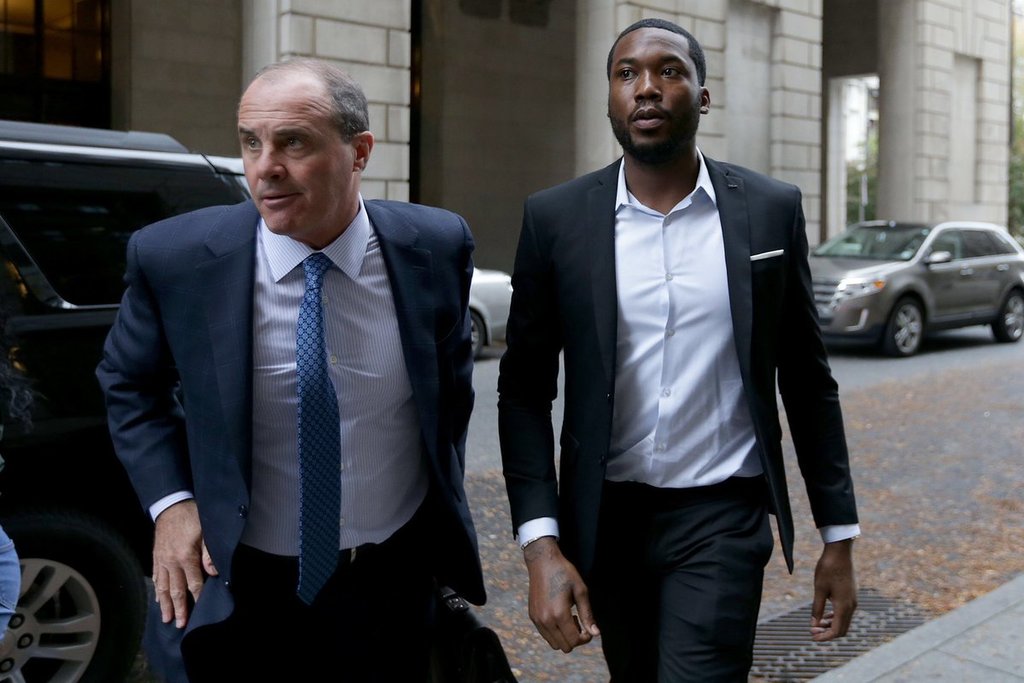 Lawyers for jailed rapper Meek Mill asked the judge who sent him there to take herself off the case Tuesday, court records show.

They want a new judge to reconsider Judge Genece Brinkley’s decision to send Mill to state prison for probation violations for up to four years.

The legal tactics followed a protest Monday outside the courthouse. Brinkley sent Mill,… While a source told E! News the celebration was a "very expensive party," the insider also said "it did not cost a million dollars."…

Tyrese Plans To Represent Himself In Court After Attorney Drops Out Tyrese Gibson will be representing himself in court Tuesday unless he finds another attorney.

A source close to the ongoing legal battle between Tyrese and ex-wife Norma Gibson confirmed to Page Six on Monday that Tyrese’s lawyer, Terry Levich Ross, is no longer representing the actor after Ross filed for a substitution of attorney.

Tyrese and Norma are… Fans are getting nosy about Janet Jackson‘s face.

Jackson made a rare appearance on the red carpet to receive the OUT100 Gala’s Music Icon Award last week, but it was the change in her iconic look that had people talking.

The “All For You” singer’s nose looked shockingly different, with noticeably droopier nostrils and an altered profile from previous red… 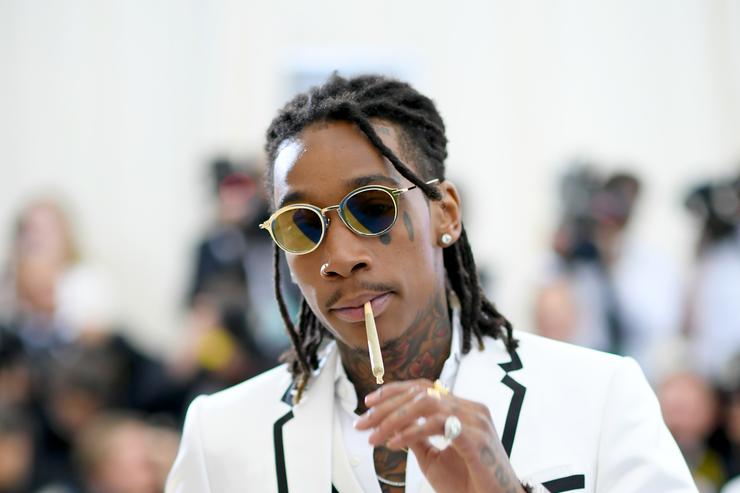 Wiz Khalifa wants you to just say no to lean.

The rapper took to Instagram on Saturday to denounce the casual use of the cough syrup concoction that’s also known as “purple drank" and "hip hop's heroin."

"You know, when a lot of people follow one trend, or find themselves doing the same thing that everybody else is doing, you don't really get somebody that… It sounds like Serena Williams’ fiancé, Alexis Ohanian, has a shopping habit.

The tennis champ, 36, took to Twitter on Saturday to voice her dislike of Ohanian, 34, gifting their daughter so many toys. 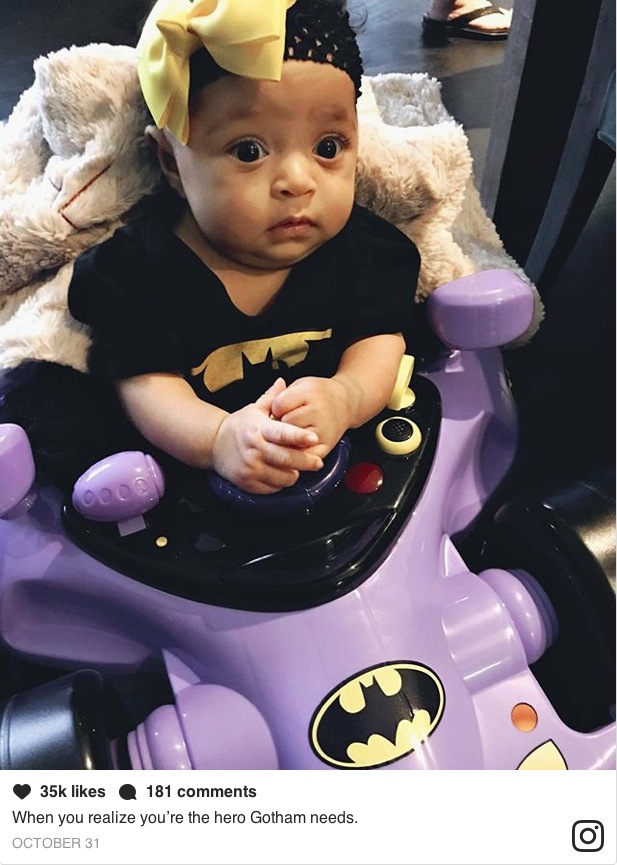 Friday (Nov. 10), Eminem released his grim single “Walk on Water,” which called on Beyoncé for the tuneful assist. The track will appear on his forthcoming studio album, Revival. Hours later, a podcast hosted by the legendary Rick Rubin and award-winning author Malcolm Gladwell debuted with an episode of Broken Record​, featuring a conversation with Em to discuss a multitude… 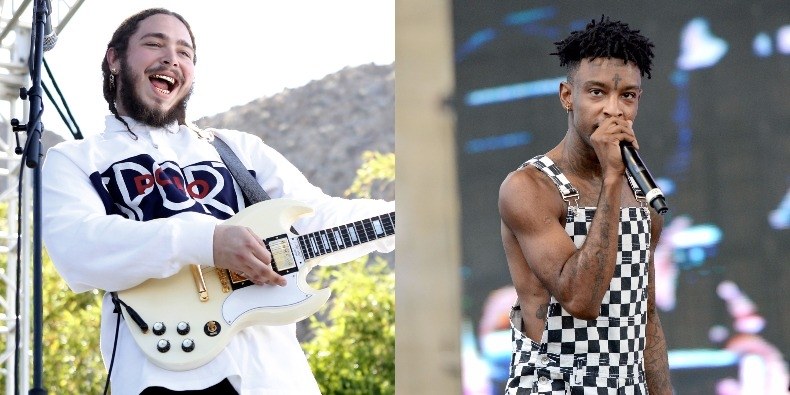 Post Malone and 21 Savage’s “Rockstar” is embarking on a month at the top, after notching a fourth consecutive week at No. 1 on the Billboard Hot 100. The smash record is the longest running hip-hop song to top the charts since Rae Sremmurd’s “Black Beatles.” According to the RIAA, “Rockstar” is now certified platinum, which means 1 million equivalent album units have been… 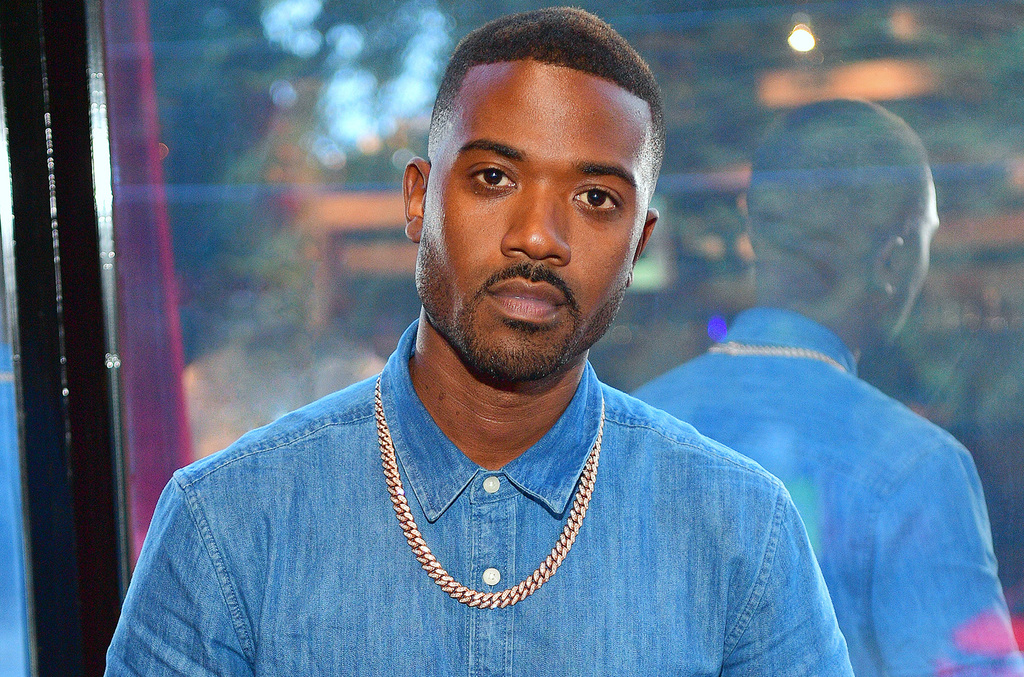 Ray J is taking the business world by storm with his multi-million dollar electric transportation brand. The singer and reality star closed a $31 million deal to launch Raycon, according to a Thursday, Nov. 9 press release.

“The world is moving towards renewable green energy, and electric transportation is a big part of that,” Ray J said in a statement. “With the… For months, Cam'ron has tantalized fans about his forthcoming mixtape, The Program. Finally, on Thursday (Nov. 9), the Harlem MC turned the tide and unveiled the his elusive mixtape.

The 15-track project consists of a multitude of producers ranging from Just Blaze -- who appears on "Kiss Myself" -- AraabMuzik, Dollavision, ADM, REK, JB Music and more. Despite not…