The President might want to keep an eye on the cute Beatle. Paul McCartney made no secret of his admiration - or is it adoration? - of Michelle Obama at his Washington-area concert on Saturday night.

The beknighted, besotted singer dedicated the love song "Michelle" to the First Lady during his concert at FedExField, NBC Washington reported. Eminem, miffed that Mariah Carey impersonated him in her latest video, "Obsessed," retaliated this week with the musical equivalent of an atomic bomb - a track that purports to reveal nasty details about their sex life (the rapper claims they had a relationship; she has long denied it) that would make Paris Hilton's sex-tape videographer blush.
He also threatens to release photos and voice-mail recordings that, apparently, he has been holding… Continue A Bronx man was mortally wounded by cops after he opened fire on them, sparking a fierce shootout on the street, police and witnesses said.
Oswaldo Sevilla Moran, 31, was shot in the chest during the gun battle with four uniformed cops in Longwood, the Bronx.

"He turned and fired several shots," a police source said of Sevilla Moran. "Our guys fell back behind a van and returned fire." An argument at a Brooklyn party early Sunday exploded into a vicious knife-fight that put eight young people in the hospital, police said.
Blood was spattered across the sidewalk on Fulton St. near Euclid Ave. in East New York after the sprawling melee, which spilled into a train station.

"A girl came to take her sister out of the party and that's how the fight started," said John Velasquez, 19, a bystander who was injured in the 1:45… Continue

With Beastie Boy Adam 'MCA' Yauch sidelined with cancer in his throat, the hip hop group was forced to pull out of concert dates, which included their headlining gig at the All Points West festival in Jersey City, N.J., this weekend. Fortunately for them and the fans in attendance, Jay-Z stepped up to fill in, and also led a raucous tribute to the Beasties and Yauch.
With his opening song, Jay-Z launched into the Beasties' 'License to Ill' classic 'No Sleep Til… Continue

CALL'EM OUT! DAY 26 ACCUSED OF STEALING SOMEONE ELSE'S SONG! 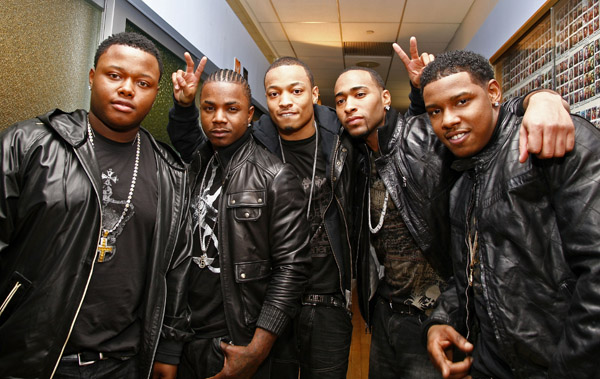 P. Diddy handpicked Day 26 in Season 4 of "Making the Band" -- and now they're being accused of handpicking one of their new songs straight from someone else's album!
In a copyright infringement notice fired off to Bad Boy Records -- the company ran and founded by Diddy -- singer Kirby Shields alleges his song "I'm Just Getting Started" is "identical" to Day 26's "Just Getting Started," released in April.

And here's the rub: Shields… Continue

WTF! JAILED FOR MAKING A SONG CALLED KILL ME A COP! 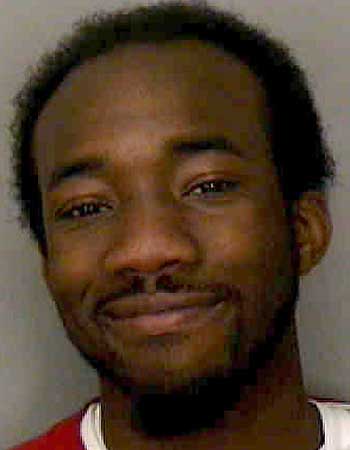 First Amendment lawyers say a Florida rapper known as T.O. got a bad rap when he was sent to jail for recording threatening song lyrics about the police.
The 20-year-old rapper, whose real name is Antavio Johnson, began a 2-year prison term July 24. He had pleaded no contest to threatening a pair of Lakeland, Fla., officers in his rap song "Kill Me a Cop."

His lawyer, Gil Colon, told FOX 13 in Tampa Bay that he was just fed up when he… Continue

KANYE SAY'S HE NEVER SAID HE IS THE NEW KING OF POP! WE DON'T BUY IT! HE'S SAYING THAT BECAUSE HE GOT CALLED OUT ON IT! 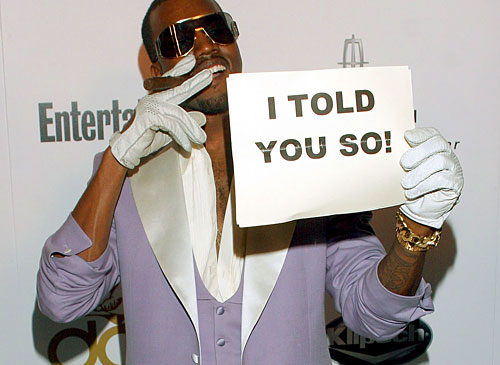 Earlier this week, rumors spread that Kanye West had declared himself "the new King of Pop," in the wake of Michael Jackson's death late last month. While those rumors — which stemmed from an erroneous blog posted just days after Jackson's death but spread into the blogosphere this week — were never true, they were apparently not completely debunked. After Kanye heard about them, he fired off one of his characteristic all-caps blog entries, which was… Continue 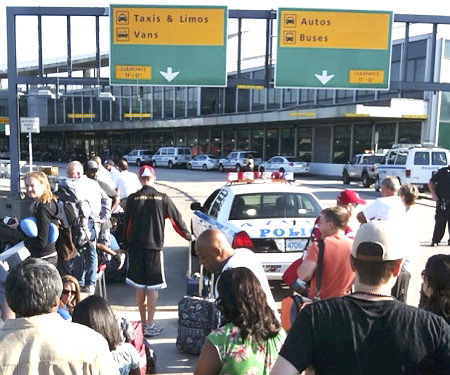 LaGuardia Airport's central terminal was evacuated Saturday after a Manhattan kook was busted with a fake bomb in his bag, authorities said.
The NYPD Bomb Squad investigated, and it turned out the suspect had a bunch of batteries taped together to look like dynamite with wires sticking out, sources said.

But the damage was done.

After the 6 a.m. scare, thousands of passengers were rushed out of the concourse and even herded… Continue

THE GAME SUED OVER A FIGHT @ A FUNERAL! 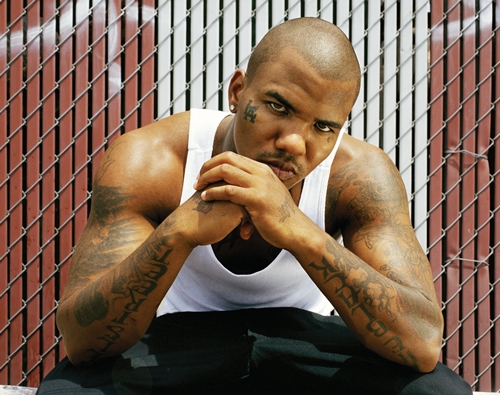 The Game's cousin wants the rapper to be coffin' up some serious cash -- and it's all over an alleged beat down that occurred at a freakin' funeral last year.
Robert Kirkwood just filed a lawsuit in L.A. County Superior Court, claiming the The Game and four others assaulted him at his sister's funeral in July of '08.

LMAO! THE BEST FALL HE EVER HAD!

Rapper/Rihanna's sometimes BF Drake decided to hit the stage in New Jersey last night against doctor's orders. And hit the stage he did.
Drake collapsed while performing his hit song "Best I Ever Had" after his knee buckled underneath him. He had to be carried off stage and Lil Wayne had to finish the show himself.