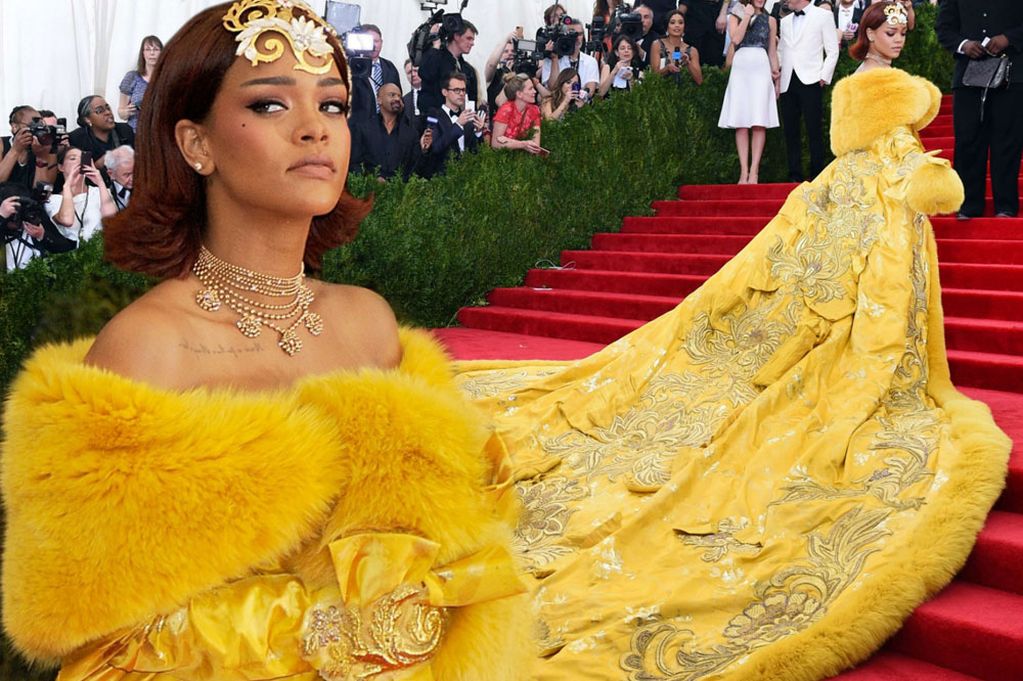 Rihanna attended the Met Gala dressed as an omelette — at least, according to the Internet.

The "Diamonds" singer made headlines at Monday's star-studded event when she hit the red carpet wearing a stunning yellow Guo Pei robe.… 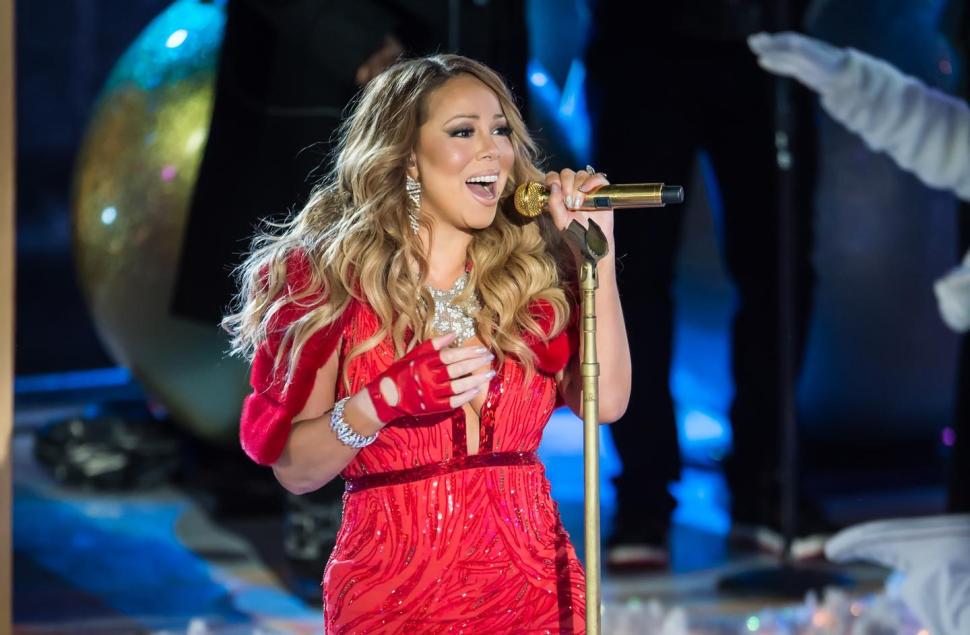 LOS ANGELES — Mariah Carey is set to perform at the Billboard Music Awards for the first time in 17 years, but the pop superstar is keeping mum on what song she’ll sing.

Billboard and Dick Clark productions announced Tuesday that Carey will appear on the May 17 show in Las Vegas. Billboard says the chanteuse has more No. 1 songs on its Hot 100 chart than any other… Beyonce knows how to make an entrance.

All eyes were on the Queen Bey when she finally sauntered into the Met Gala on Monday night in a jaw-dropping Givenchy dress that left very little to the imagination. 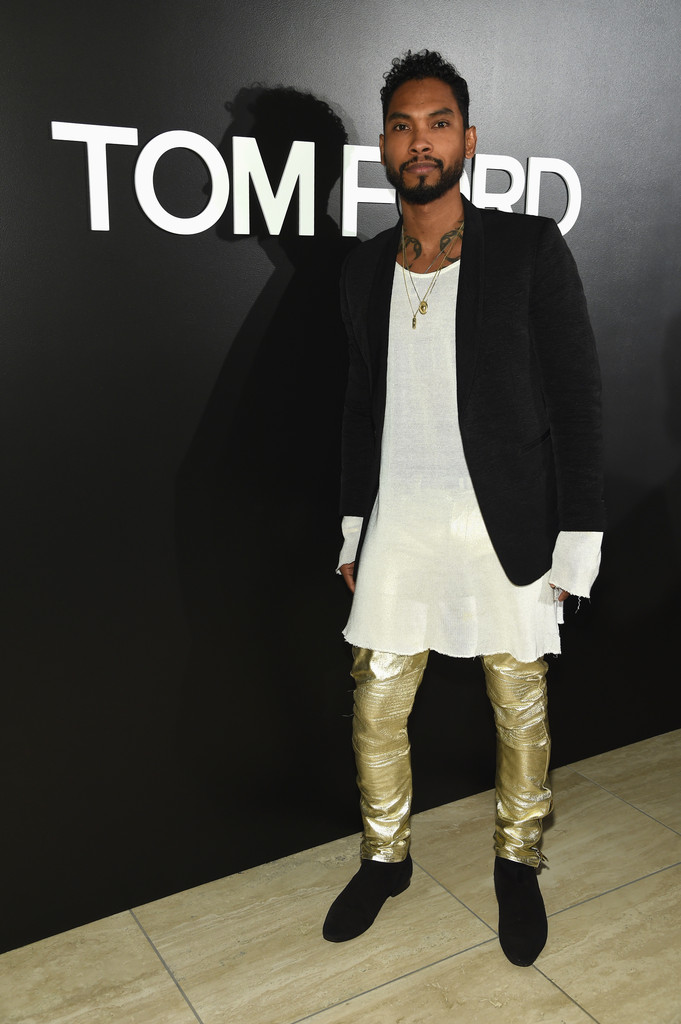 Miguel won't be celebrating the 2nd anniversary of his disastrous Billboard Music Awards performance -- unless he wants to raise a glass to the fan who's suing him for crash landing on her in Las Vegas.

One of the women who claimed to be injured during Miguel's infamous failed stage leap has finally lawyered up -- and in her lawsuit, Cindy Tsai says she took the brunt… 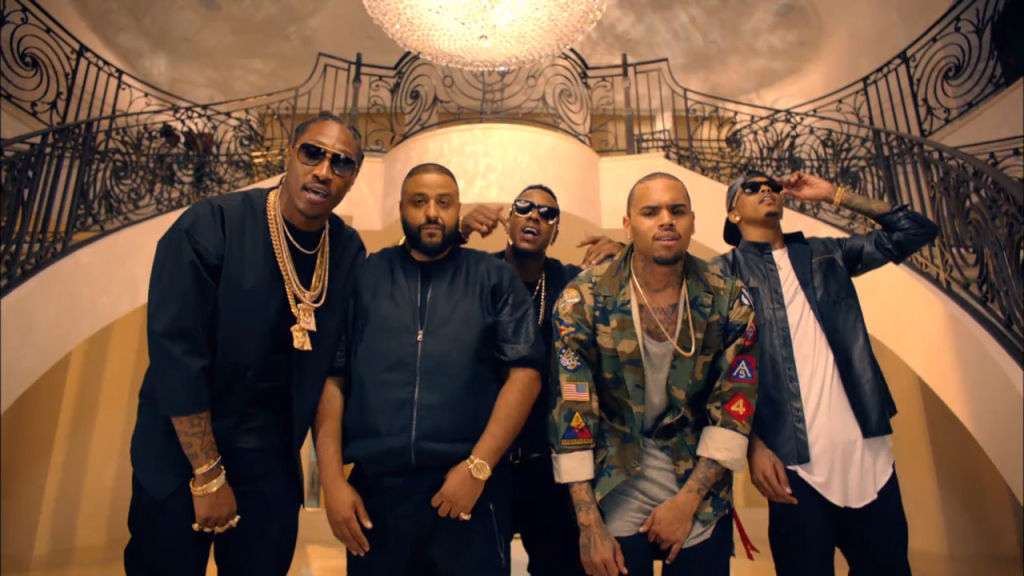 Jeremih and Breezy were playing a basketball game and since Jeremih won the first game the "These Hoes Ain't Loyal" singer asked for a rematch .. things then got heated and the 2 camps went at it. 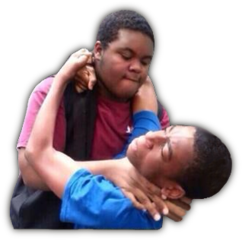 Lol! Jay Z Wasn't Feeling His Own After Party In Vegas 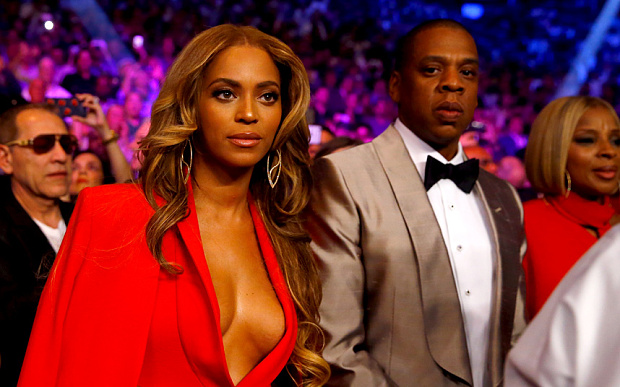 Nobody was feeling Jay Z's after party in Las Vegas the way he was -- and that's a good thing ... 'cause from the looks of It Jay just wanted to be somewhere else. 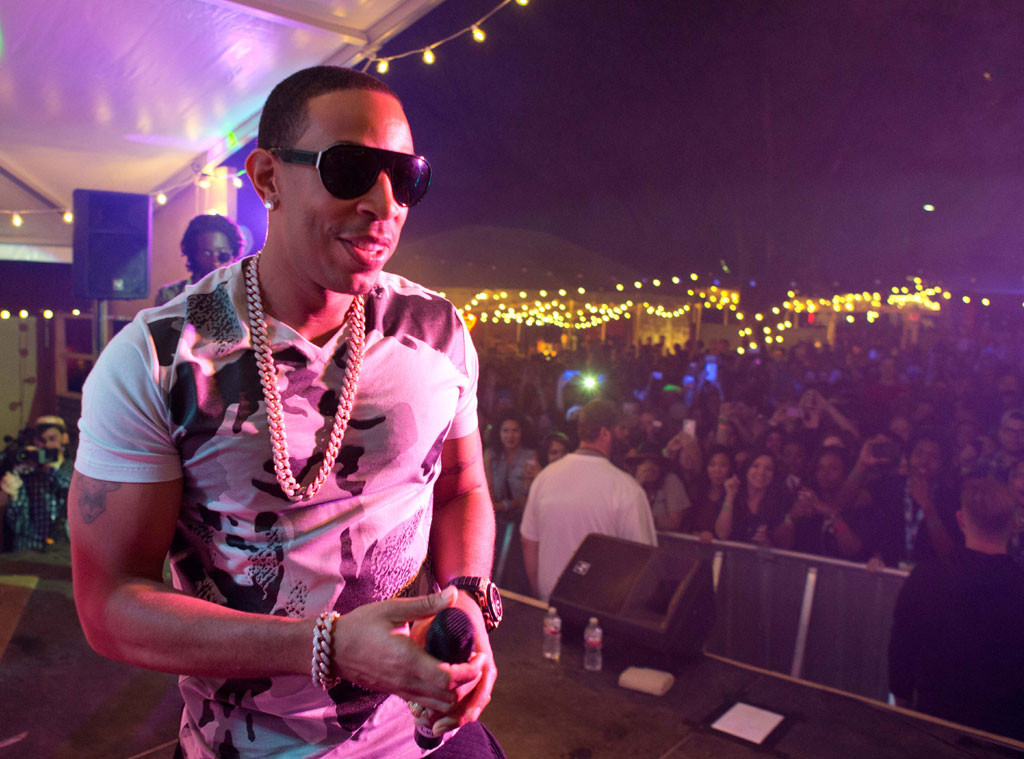 The REAL fight in Vegas went down the day after Mayweather-Pacquiao -- a huge melee at the Rehab pool party hosted by Ludacris.

The video is absolute INSANITY -- showing multiple brawls around the pool on Sunday at the Hard Rock Hotel -- fists, chairs, bottles, ice buckets and more were hurled. Even before the fight broke out ... you can see the crowd rip a door off…

Saigon Wants His Own Reality Show? 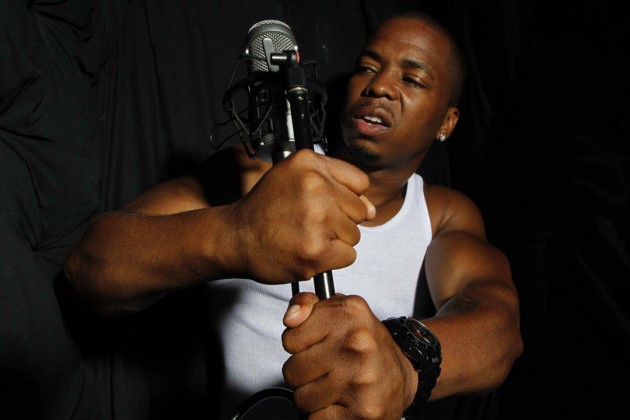 Waiting to see if his cameo made the cut in the upcoming “Entourage” movie has rapper Saigon contemplating a show about his own posse, which he’s scaled back considerably since rising to fame in 2005 on the HBO series.

“Rappers end up (broke), like MC Hammer,” the Brooklyn native laughed. “They think they need 35-40 guys around them. Most of these guys do nothing and…

Lmao! Jamie Foxx Does His Rendition Of The National Anthem 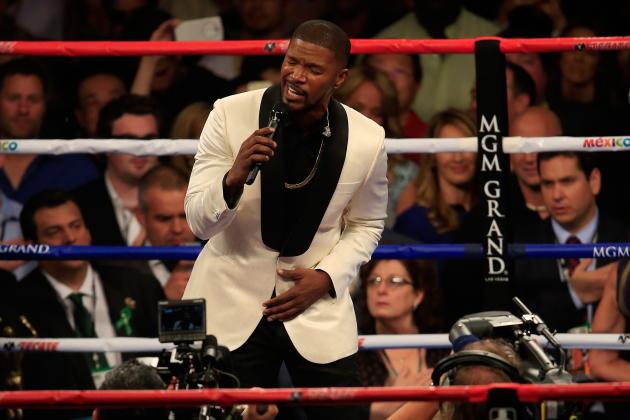 Jake Gyllenhaal was not impressed by Jamie Foxx's soulful rendition of the National Anthem, but at least he got in a few laughs.

Jake was sitting ringside with his "Southpaw" director Anton Fuqua when Jamie took the mic. No doubt Jamie struggled ... he took his earpiece out immediately which is a sign of technical trouble.

Jake and Anton yukked it up and Jake… 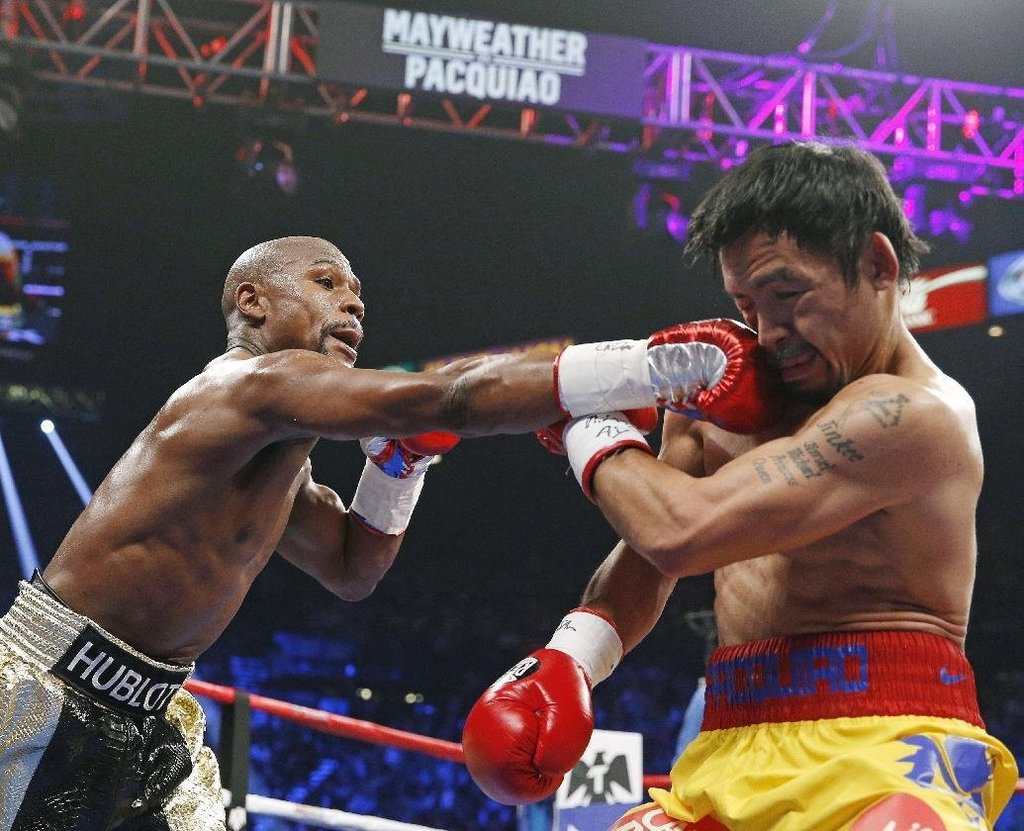 LAS VEGAS – The identity of the best fighter of this generation was never really in doubt.

Oh, some wanted to contest Floyd Mayweather's position as the best boxer of his time and made points of varying strength about the quality of his opposition, the timing of some of his bigger fights and what was perceived as an unwillingness to engage.

Ciara's New Album Jackie Will Be Out On May 4th Looking hot is the best revenge.

In her first music video since she caught her fiancé, the rapper Future, cheating on her, Ciara rocks a leotard so scorching, it makes Beyonce's “Single Ladies” outfit look like granny panties

The lyrics for the video’s song, “I Bet,” rail against a guy who strays.

“The song is definitely inspired by my real-life…

Dame Dash Claims His Baby Moms Is Extorting Him Hip Hop mogul Damon Dash has another New York judge looking to arrest him for not paying child support.

Bronx Family Court Judge Peter Passidomo signed a warrant for Dash's arrest on April 20 because he owes $51,000 to the mother of an 11 year old son who goes by the nickname Lucky. Queen Bey is expanding her empire.

Three teen girls — including one Upper East Sider — are poised to be as big as Beyoncé now that the “Single Ladies” singer has taken them under her wing, according to new court documents.

Parkwood Entertainment, the management company Beyoncé launched in 2008, has offered the girls multiyear contracts that could… 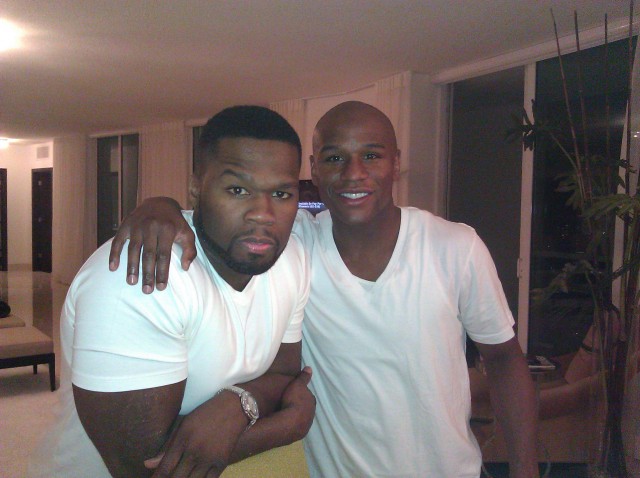 Curtis “50 Cent” Jackson called Confidenti@l from Las Vegas, where he is set to attend the Floyd Mayweather/Manny Pacquiao fight and is promoting his own boxing flick, “Southpaw.”

Fitty, who doesn’t have a date yet for the big fight Saturday, says he’ll be attending solo for now, since he needs to focus: He said he bet $1.6 million on the battle, to be held at the MGM… 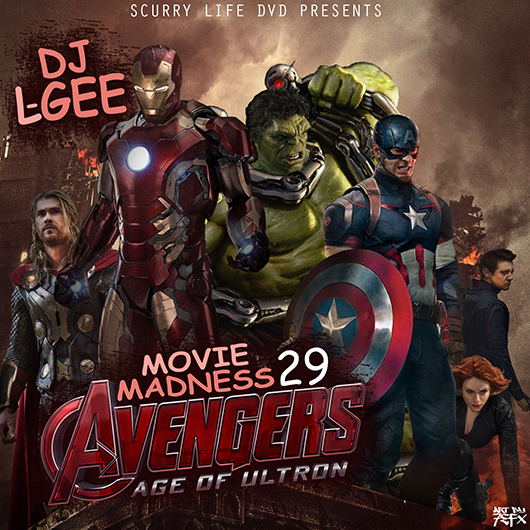 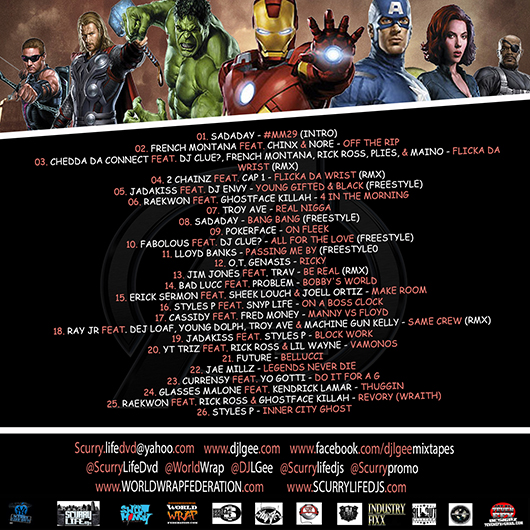 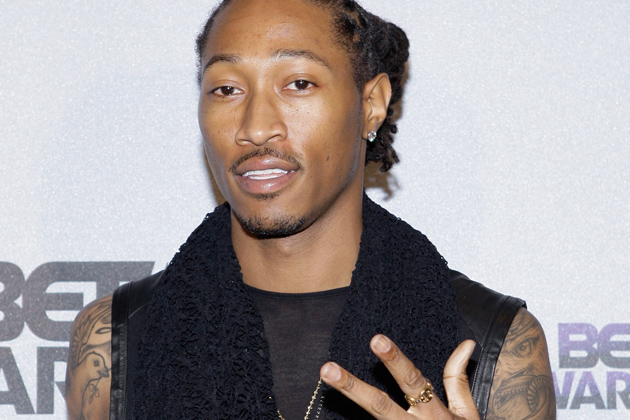 On Tuesday night (April 28), there was a dinner at the White House. President Barack Obama was there, of course, as was his wife, First Lady Michelle Obama. The dinner was ostensibly to honor Japanese Prime Minister Shinzo Abe and his wife, Akie Abe. That’s all well and good. But the bulk of our collective attention–at least among the Instagram-literate public–was to be…

RAPPER LIL B GETS ROBBED FOR $10 RACKS! 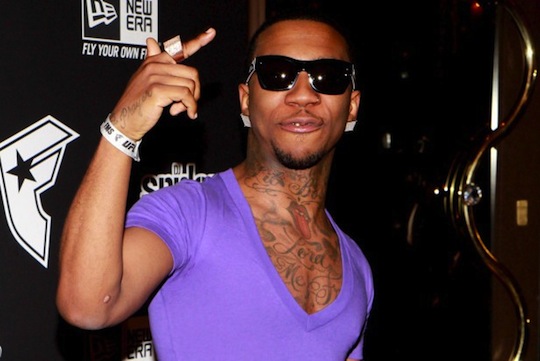 Rapper Lil B is furious $10,000 went missing from his hotel room -- and he's pointing the finger at the hotel staff ... after management gave him the boot for hotboxing the place.
Lil B was staying at the Oakland Airport's Red Lion on Tuesday when the hotel kicked him out because guests were complaining about marijuana smoke coming out of his room.
The rapper… Soul singer Ben E. King -- most famous for his classic, "Stand By Me" -- died on Thursday ... according to his publicist.
King reportedly died at his home in New Jersey after suffering a heart ailment. He was 76 years old.
King's mega hit…