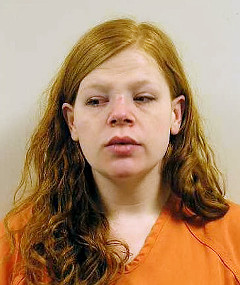 Police in North Dakota have arrested a woman for allegedly breast feeding her infant while drunk, The Smoking Gun reports.

Police received a call about a domestic disturbance at Stacey Anvarinia's home. Anvarinia claimed she was assaulted by her boyfriend. When the officers arrived at her home, they found Anvarinia "extremely intoxicated" and said she was "breast feeding her infant in front of us," according to the incident report.

Police called an ambulance to evaluate the infant since alcohol can pass into a child's system from a mother's breast milk. The child was taken to the hospital, according to the incident report.

Anvarinia faces charges of child abuse and neglect. She pleaded not guilty to the charges this week.