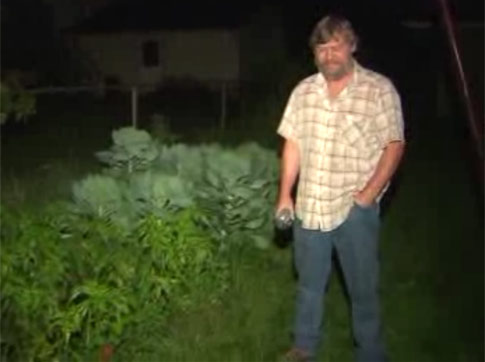 He was looking for greens, but ended up with a bagful of dough.

An unemployed Illinois carpenter who was digging for some dinner veggies found $150,000 in his garden - and promptly turned it into police.

Wayne Sabaj, 49, from McHenry County, northwest of Chicago, found a duffel bag packed with $20 bills on Monday night while searching for some broccoli in his backyard garden, WGN television reported.

Sabaj said he brought the money inside to show his dad. After mulling their options for about 30 minutes, the two decided to call the cops.

Sabaj said he and his pop feared whoever stashed the cash might come looking for it later.

"I told him, we have enough problems, now we got another problem," the woodworker told WGN.

"It wasn't my money," he added. "What am I going to do? I don't know where it came from. With my luck it came from a bank robbery, and I'd be charged with bank robbery."

McHenry County Sheriff's officers who showed up to the house found a second bag hidden near where Sabaj found the first one.

Investigators said they don't know where the money came from and that no major robberies have been reported in the area.

The bags were being checked for fingerprints and other evidence, police said.