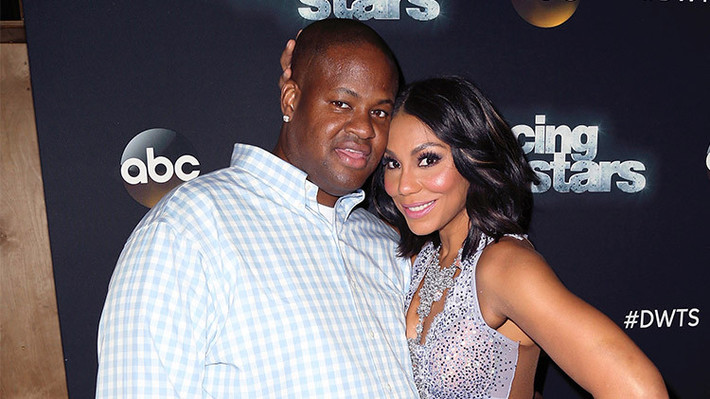 Tamar Braxton’s ex-husband Vince Herbert is accused of refusing to pay up on $4 million owed to Sony Music, while continuing to live the high life.

Sony Music is back in court accusing Herbert of failing to pay a dime of the millions owed on a previous court judgment.

Back in 2017, Sony Music was awarded $2.3 million in a lawsuit they brought against Herbert.

In the previous suit, the music label claimed Herbert was hired to find new talent. They advanced him money that was to be recouped. However, they claimed he failed to pay back the advance as promised. Herbert blew off the lawsuit and was hit with a default judgment of $3,738,515.93.

In the newly filed court documents, Sony Music says, “No portion of the Judgment has been satisfied and the Judgment continues to accrue interest. Defendant Herbert instead has evaded enforcement through a series of shell transactions using an ever expanding list of closely held corporate entities as a means to fund and thrive upon a lavish lifestyle at the expense of his creditors, including Sony Music.”

The continue, “For example, until approximately August 2018, Vincent was known to live in a home in a gated community in Calabasas, California. Upon information and belief, this home was owned by an entity directly or indirectly controlled by Herbert called Glory Place LLC FKA Heavenly Place LLC. While living at this home, Herbert undertook extraordinary steps to undermine Sony Music’s efforts to serve documents in order to domesticate the Judgment in California. Sony Music had to turn to the California courts to allow for substitute service. Upon information and belief, when the Calabasas home was sold in 2018 for $9.8 million, the proceeds went primarily to pay down certain of Herbert’s direct and indirect creditors, but not to pay down the Judgment.”

Sony Music believes Herbert has since created another shell company named GloJoe. They claim, “Sony Music has learned that, since the date of the Judgment, Herbert had caused ATV to arrange for payments to him in excess of $472,000 through using GloJoe as an alter ego, including $400,000 in April, 2019.”

They claim to have learned Herbert collected another $1,825,424 using GloJoe. Sony Music is demanding a judge step in and order Herber to turn over the cash.

Herbert has had a series of financial and legal troubles in the past couple years.

He was recently found in contempt of court for failing to turn over financial documents in a separate $380k legal battle. The case was brought by LDNX Records who are owed money from Vince. The debt stems from a previous lawsuit. They have been trying to collect on the money for over a year.