After all, the last time Prince played the Grammy stage in 2004, he absolutely murdered it with Beyoncé in one of the all-time best opening performances on music’s biggest night. Suffice it to say, this was not that.

The year after Prince died, Bruno Mars and the Time did a tribute to the Purple One at the 2017 Grammys that had us all going crazy.

Three years later, the latest Prince salute basically served to promote the upcoming special Grammys tribute concert to the late legend that will be taped Tuesday for broadcast on CBS later this year.

But going through a meh medley of “Little Red Corvette,” “When Doves Cry” and “Kiss,” 41-year-old Usher — as talented a performer as he is — came off more like a Vegas showman than a Minneapolis funkster.

And Prince protégé Sheila E., backing Usher up on the skins — and a pole-dancing FKA Twigs — didn’t have enough to do to really help. 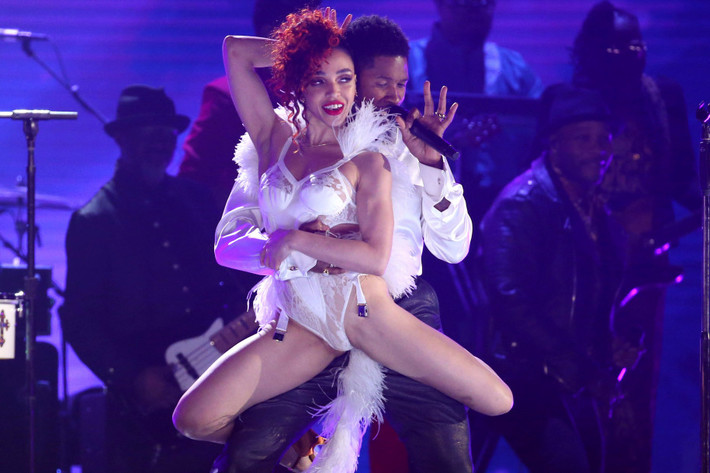