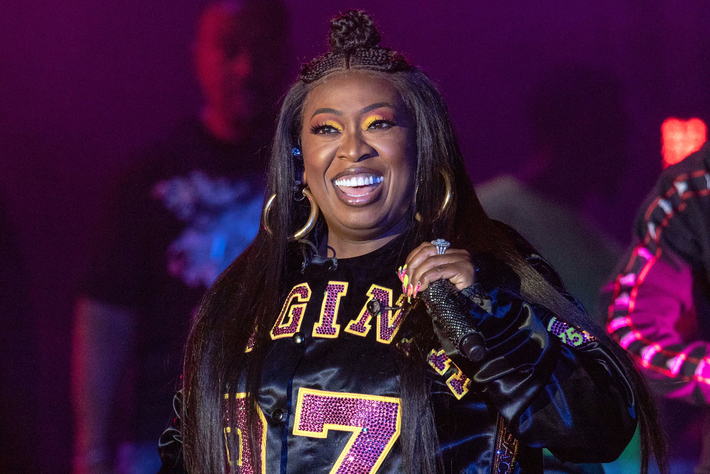 Missy Elliott fans just couldn’t wait to get their freak on.

In advance of next Monday’s VMAs, where the 48-year-old rap legend will be honored with the Michael Jackson Video Vanguard Award, MTV will unveil a pop-up museum celebrating Elliott’s decades-long career, in partnership with Pepsi.

Tickets to the Museum of Missy Elliott were so sought after, however, that they sold out in 60 seconds flat, the network exclusively told Page Six.

Those lucky enough to have scored passes will have the opportunity to try on Elliott’s iconic garbage bag outfit from her 1997 music video for “The Rain,” snap photos within installations from “Gossip Folks,” “Lose Control” and “Sock It 2 Me” and hang out in the “Supa Dupa Fly Lounge.”

There will also be a Missy-themed manicure bar, so “fly gals” can “get their nails done, get a pedicure, get their hair did,” as the rapper would say.

“Missy Elliott is a creative genius whose contribution to music and pop culture can be felt across generations,” said Mona Scott-Young, CEO of Monami Entertainment and Elliott’s longtime manager, in a press release. “I’m honored to have worked with her for over 20 years and proud to call her my friend. The fans deserve and the world is ready for a museum that celebrates Missy Elliott and her iconic, record-breaking career.”

Added costume designer June Ambrose, “It has been my distinct honor and privilege to have been fortunate enough to costume design for Missy for so many years, a true labor of love. I wish to congratulate Missy, Hype Williams, HiHat and all the many creatives whose amazing work will be on display at the Museum of Missy Elliott.”