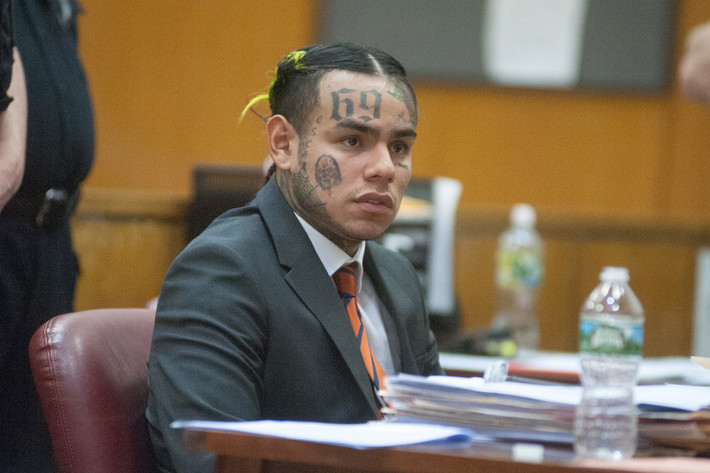 Tekashi 6ix9ine has been slapped with a federal lawsuit by a Miami rapper accusing him of ripping off his work.

The suit claims a company named Take Money Promotions contacted Yung Gordon on Instagram. They wrote him a direct message looking for radio drops to be used in its programming.

The docs explain, “A “radio drop” is a short clip of music that is played on the radio. Often artists record drops for radio shows to promote their affiliation with a radio station or promoter.”

The rapper says Take Money had a relationship with Tekashi 6ix9ine and shared the drop with him.

Yung Gordon accuses Tekashi 6ix9ine of taking the drop and using it on his song “Stoopid”, which was released in October 2018.

The suit states, “Stoopid” opens with a recording of the Drop written and performed by the Plaintiff. (While the Drop has been removed from the “Stoopid” track that is currently available on Spotify, upon information and belief it remains on all other versions of “Stoopid” that are currently streaming or available for sale.)”

Yung Gordon says he never gave permission for his drop to be used in 6ix9ine’s song. He is suing for an injunction prohibiting Tekashi from continuing to make money off his work plus unspecified damages.