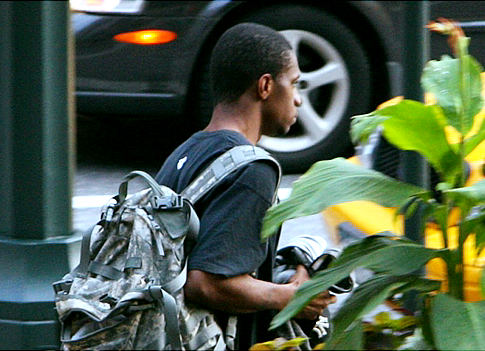 An Army Reserves soldier suspected of stabbing a stranger to death outside the city's main post office before killing himself claimed in a suicide note that he acted in self-defense.
Sir'mone McCaulla, 28, posted the rambling, self-pitying note on his MySpace page and e-mailed it to his mother before he took his own life in the tub of his ex-girlfriend's Philadelphia apartment.

"Not gonna lie didn't mean to kill him just wanted to stop the threat," wrote McCaulla.

He said Christopher Gutierrez instigated the fight after they knocked into each other outside the James A. Farley Post Office on Eighth Ave.

Here is the full text of his email: