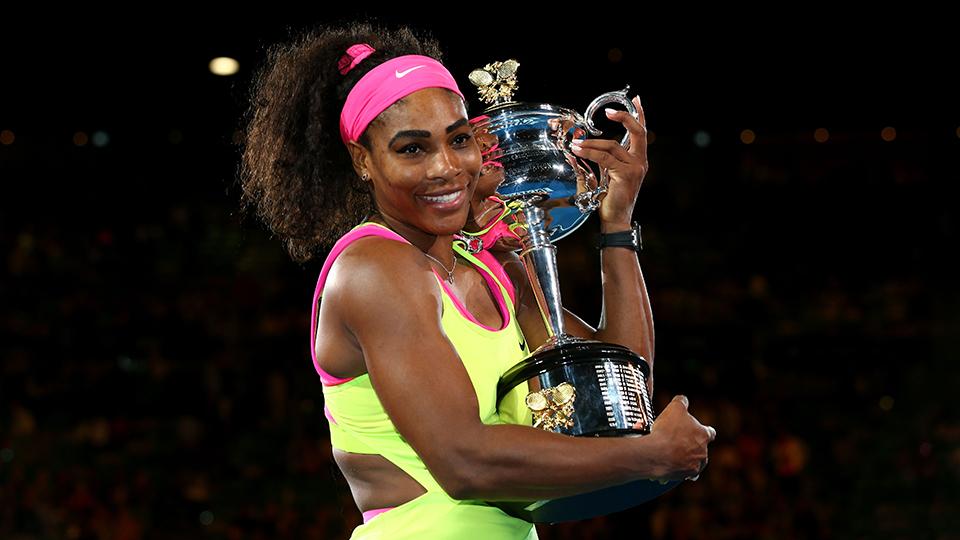 On Saturday, Williams kept the streak alive, beating the world No. 2 in straight sets, 6-3, 7-6 (7-5), as she captured her record sixth Australian Open title and 19th Grand Slam.
Sharapova played her best game. She only had 15 unforced errors – the same total she had in earlier matches, against easier opponents. Against Williams, it proved too many.

Serving made the biggest difference in the match, with Williams hitting 18 aces to Sharapova's five. Sharapova held off two match points before Williams clinched the win.

In doing so, Serena became the oldest Grand Slam champion in the Open Era. She is 33 years old, and moved ahead of Martina Navratilova and Chris Evert on the all-time wins list.
"Standing here with 19 championships is something I never thought would happen. I went on the courts with just a ball, a racket, and a hope. That's all I had. Never give up. You never know what's going to happen."

The only accomplishment missing from Williams' résumé is a Grand Slam – that is, winning all four of the Grand Slam events in the same year. If she wins the remaining three this year, it'll bring her even with Steffi Graf on the all-time wins list.