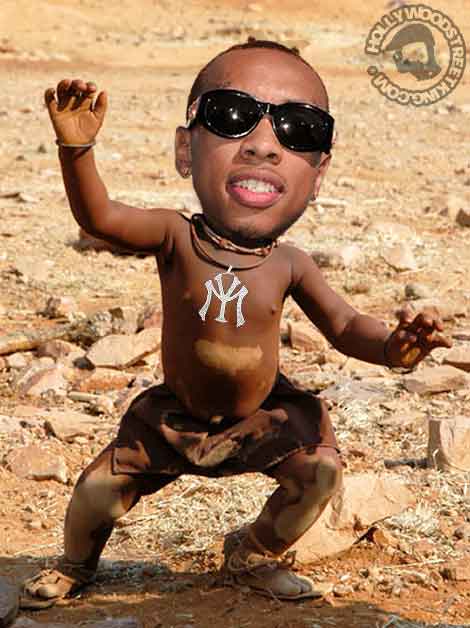 Recently Young Money Records artist Tyga did a show out in Winnipeg,Canada and guess what — After the concert the rapper was held up by gunmen who ordered him to dance. Don’t believe me.. Ask J.D. the concert promoter.

Here’s what the promoter J.D. had to say:
“Tyga was hungry after his concert, so we took him to a diner. The waitress came over and asked ‘who’s paying for the food?’ Tyga pointed his finger at me in a feminine way and said ‘he is’.

I just paid him 15K and he’s acting like that. I was going pay for everybody’s meal, but this Tyga guy is cheap.

The same time Tyga got up with his doggie bag, some thugs approached us. They pulled out handguns. I thought they were going to stick us up, but instead they asked Tyga to dance.

It was funny to see Tyga dancing with his doggie bag under his arm. Jacky, while Tyga was dancing he said ‘Oh my god, what’s going on‘.”

Does a Native Indian gangsta have footage of Tyga dancing with a doggie bag? The answer is yes. When I get the footage, I’ll post it!