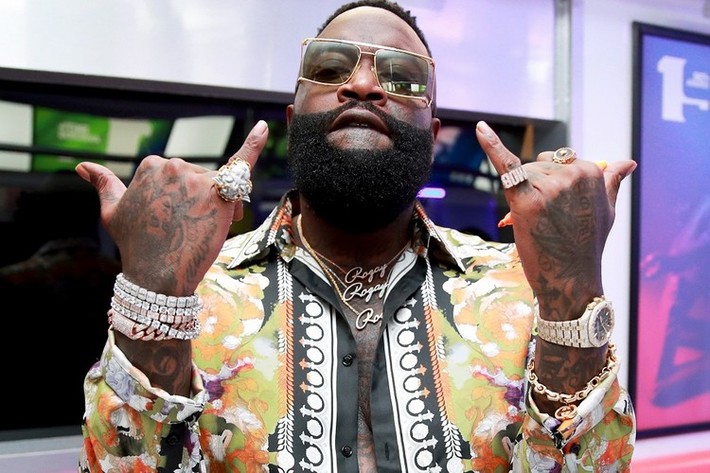 Rick Ross stopped by The Breakfast Club on Thursday (Aug. 15) for an all-encompassing interview for his upcoming Hurricanes memoir, Port of Miami 2, and more. When Nicki Minaj's recent comments about his "Apple of My Eye" lyric became the topic of conversation, Rozay responded by doubling-down on his 2017 bar sniping Minaj.

"I mean, if somebody went to meet Obama with you, she is a keeper until you find out otherwise," he said. "She was around me a few times. Other than that, she was a huge talent. She was playing a very important position at the time. She was in-between Meek and Drake."

Ross then took the high road and said he's happy to see that all parties involved moved forward and were doing well. "Playing that position, that was a very fragile role and it would be very easy to put that responsibility on her," he continued. "When I seen it go to sour, it would be easy to assume she had something to do with that, and if somebody tell you they didn't, they lying. But everybody moved forward. She moved forward, she doing her thing. I'm happy to see her do that. Meek doing his thing. Drizzy, they doing they thing."