POOR THING! LITTLE BOY WAS BEATEN & LEFT FOR 2 DAYS IN A BATHTUB TO DIE BECAUSE HE TOUCHED HIMSELF! 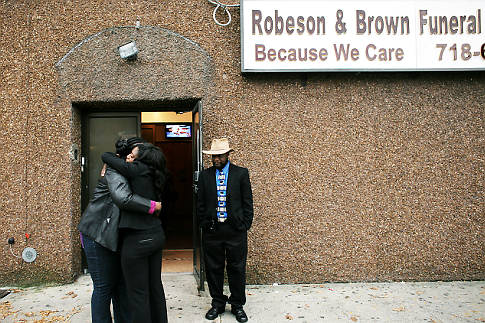 Four-year-old Jayden Lenescar was whipped bloody in a bathtub and left in agony for two days before his death - all because he touched himself.
That's the sick excuse his mother and a friend gave for a thrashing so savage paramedics who examined the body couldn't believe their eyes, sources told the Daily News.

Among the shocking details was their justification for the beating two days earlier: The little boy had touched his genitals.

"They said they warned him not to touch himself and he went ahead and did it, so they threw him in the bathtub, threw cold water on him and began hitting him with the belt," one source said.

Chenphang beat the boy first, and Dadaille, a houseguest, took the belt away because she was being too easy, sources said.

"He said she was being 'too soft,'" a source said.

The beating was so severe that Jayden began urinating blood, Dadaille told cops.

Bruises and open cuts across his chest were so bad investigators think a wire hanger may have been used.

Afterward, the adults didn't call 911, but kept Jayden home from school for two days, telling relatives who heard him moan over the phone that he had the flu, family members told cops.

Jayden went into cardiac arrest on Oct. 23. An EMS worker summoned to the Brooklyn apartment took one look at him and said, "Who the f--- beat this kid?" a source said.

In a disturbing twist, another source told The News Jayden may not have been simply curious about his body; investigators think by touching himself he may have been trying to tell his mother he was being molested by someone.

The revelations came as family gathered at Jayden's wake on Friday night. In an open casket, he wore a Spider-Man shirt, and held a Bible and a Pittsburgh Pirates cap.

Her estranged husband, Mackenzy Lenescar, said he does not believe she beat their son.

"She was a really good mother," he said.

Dadaille, a house guest of Chenphang, has also denied the charges. His lawyer, Kenneth Montgomery, claimed his 12-page statement was coerced by cops with guns drawn.

"What motive does he have to do something like that?"