OFF DUTY POLICE OFFICER STRUCK & KILLED A BRONX GRANDMOTHER! REEKS OF ALCOHOL BUT REFUSES TO TAKE A BREATHALYZER TEST! WHY ARE THEY ABOVE THE LAW? 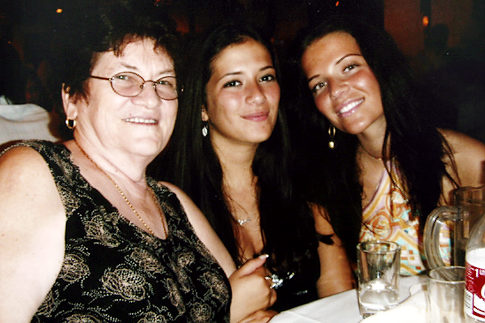 An NYPD detective reeking of booze six hours after his night shift ended was busted for drunken driving on Friday after running down a beloved Bronx grandmother.
In a reprise of last month's DWI fatality involving a Brooklyn cop, Kevin Spellman twice refused to take a Breathalyzer test - and it took cops more than five hours to get a court order for a blood sample.

Nikac, an Albanian immigrant with nine grandkids, was pushing a shopping cart through the intersection on her daily pilgrimage to collect returnable cans and bottles.

She was pronounced dead at St. Barnabas Hospital.

"My grandma was so special," said her anguished granddaughter Sara Juncaj. "It's not fair that she was killed by a drunk driver. We are all in shock right now.

"She was so loving," the 25-year-old said. "She was just out there doing her hobby."

Spellman stopped and asked witnesses to call 911 after the crash, but he refused to take a Breathalyzer test at the scene, police said. He refused a second time inside the 45th Precinct stationhouse.

A high-ranking police source said Spellman's breath was boozy and his gait unsteady when cops arrived.

Police sources confirmed Spellman, 42, was drinking before the deadly accident.

There is a light at the intersection, and it was unclear who had the right of way, the high-ranking cop said.

Spellman insisted the elderly woman "came out of nowhere," the source said.

Criminal Court Judge Harold Adler finally signed an 11:39 a.m. order to draw Spellman's blood. The sample was taken around noon at Jacobi Medical Center and the cop was charged, despite the lengthy delay with DWI, vehicular homicide and criminally negligent homicide.

The detective was released on $100,000 bond early Saturday morning after being arraigned He is to return to court Dec. 2.

"Detective Spellman is deeply saddened by this tragic accident. And that is exactly what it was," said his lawyer, James Moschella. "His thoughts and prayers are with the deceased and her loved ones. One life is lost and another is forever changed."

"This is a tragedy for both the detective and his family and the family of the deceased," said Palladino. 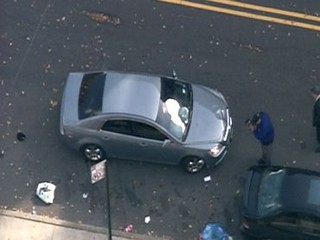 Police have taken an off-duty NYPD Detective into custody after a Bronx pedestrian was fatally struck, CBS 2 HD has learned.

Police responded to a 911 call of the incident at West 232 Street and Kingsbridge Avenue early Friday morning.

Police determined upon arrival that off-duty NYPD Detective Kevin Spellman, 42, was driving a 2009 Chevy southbound on Kingsbridge Avenue when he struck the unidentified female victim.

The victim was rushed to St. Barnabas Hospital, where she was pronounced dead.

Spellman was taken into custody and charges are pending.