NYC MADE OVER A MILLION DOLLARS IN 24 HOURS GIVING OUT TICKETS TO PEOPLE CAUGHT TEXTING WHILE DRIVING! 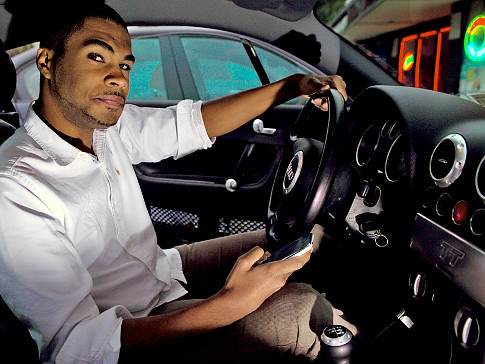 The texting-while-driving ban goes into effect in New York State today, and those caught in the act will be slapped with a fine of up to $150.
While the new law is designed to make the roads safer for teens, they're the ones who will have the toughest time stopping the dangerous behavior: Teens are the group most likely to text from behind the wheel.

Nearly 100 teens from New York City and Long Island died in the past five years in accidents caused by texting drivers, a recent study by Sen. Charles Schumer shows.

And while one in five drivers admits to sometimes texting while driving, a 2008 national insurance study found, a whopping half of American adolescents text while driving, according to researchers at the National Center for Children in Poverty.

Using hand-held phones while driving was banned in New York back in 2001, but that hasn't stopped many people from chatting away while behind the wheel. A recent NYPD crackdown resulted in more than 7,500 tickets being issued in 24 hours. At a $130 per ticket, that means the city scored nearly a million bucks from the busts.

You were recently in a car accident while texting?

Yes. This happened Sept. 12. It was my first car. My parents bought it for me. I have an Audi TT, which is pretty nice for a first car. I was in a local parking area where a supermarket is and a bunch of other stores on a Saturday. And I was sending off one text before I was going to get out of my parking spot. As I was hitting "send," I started to move forward. I was making sure it sent when a car backed into me and hit me. The whole front of my car got totaled.