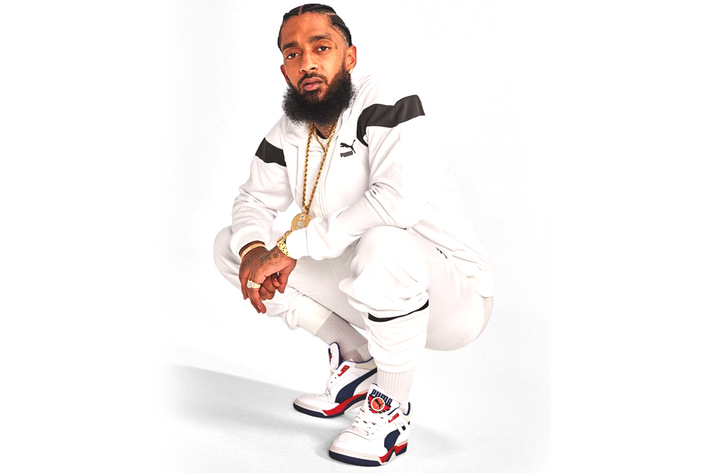 Nipsey Hussle's collaborative debut with Puma has been in the pipeline for some time, but the capsule has finally been given a release date.

Nip's team announced via his Instagram Tuesday (Aug. 20) that the collection will be available to the public for purchase on Sept. 5.

"Nipsey spearheaded this project from concept to final product over the course of last year, flying to meetings, reviewing samples, bringing in material references he liked, and most importantly ensuring that it reflected his style authentically with no compromise," the statement reads. "Each detail from logo placement, fit, colorways, and materials was thoughtfully done. His signature style and DNA can be found in each garment that’s part of this collection from the khaki suit to the tracksuit."

Hussle initially teased the collaboration back in March with an expected fall release date. "This project is very special to our team and we’re handling it with the utmost care to ensure it’s delivered exactly as Nipsey envisioned it," the statement continued. "It’s a privilege for us to honor his commitment and carry out this project for people to receive a personally curated collection by Nip Hussle Tha Great."

PUMA announced they will be donating all of the proceeds to the newly launched Neighborhood Nip Foundation. “PUMA is proud to honor the vision and legacy of Nipsey Hussle through the new PUMA x TMC Collection," the apparel giant added. "With the blessing of his family, we’re releasing it on Sept. 5, 2019 and 100% of the net proceeds from the sales will go to the Neighborhood “Nip” Foundation."

In addition to the capsule arriving next month, construction is also underway of the Nipsey Hussle Tower nearby The Marathon Clothing store's shopping center in Los Angeles.