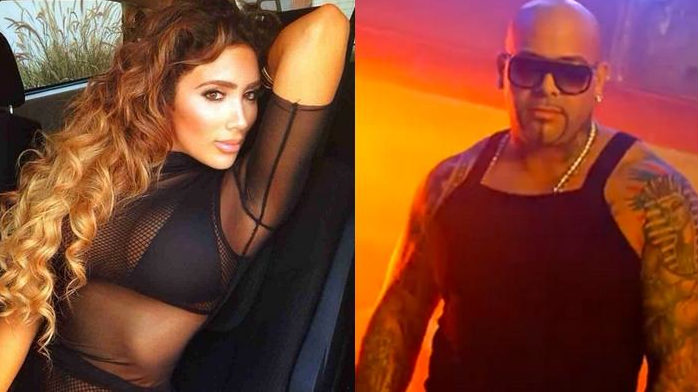 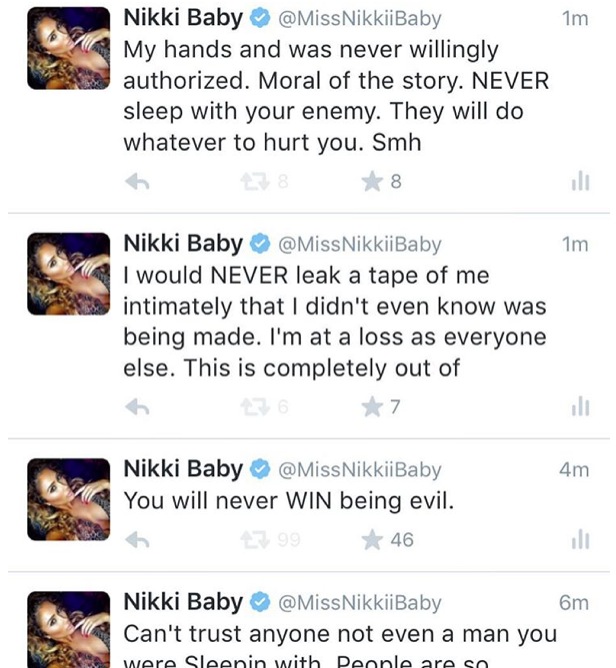 Nikki took to social media to say the situation was out of her hands and to warn other women not to “sleep with their enemy.” Nikki editorialized her Tweets, writing,

I really wanted to ignore this but since everyone is asking I’ll make this publicly known. This was a total violation of my privacy. I wasn’t aware this would be public and even more shocked that the world was able to see me in an intimate moment, this was someone I was in a relationship. This is beyond embarrassing and hurtful. I would never consent to doing such a thing. But let me warn you, ladies.. Be careful who your sleeping with, he may be your enemy… I can’t even explain the feeling but things will be dealt with. Evil people never prevail. This was someone I once trusted/confide in and it just really opens your eyes to be careful who your with and what you do.

Nikki and Mally are infamous on and off and now that this tape was released, it looks like they’re done, yet again. 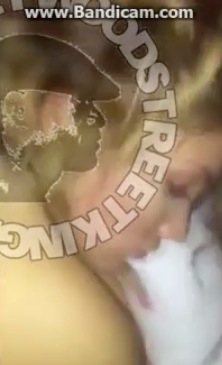