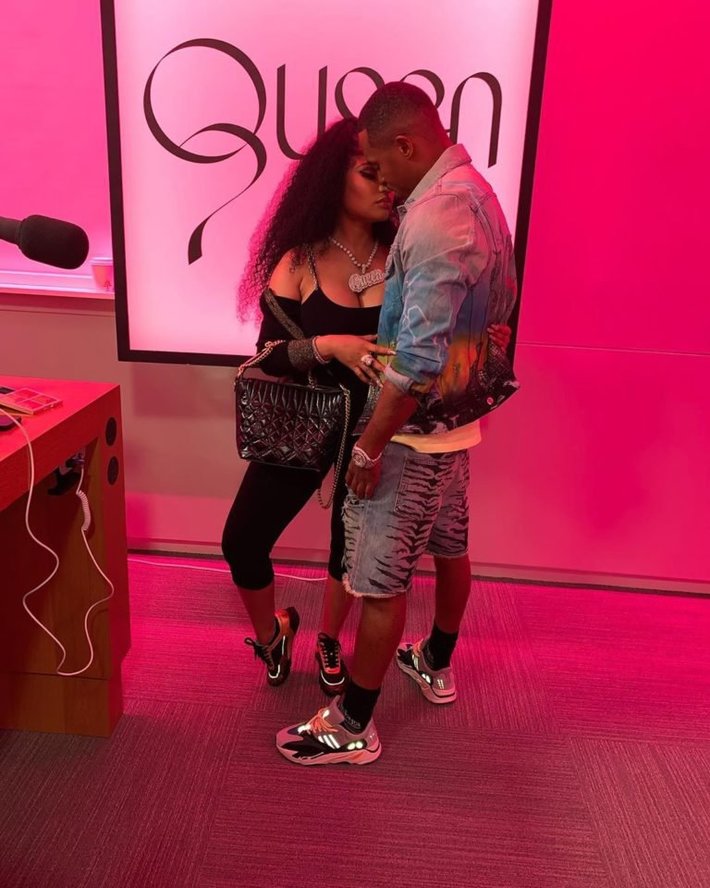 Nicki Minaj has changed her Twitter name to Mrs. Petty, the surname of her fiancé Kenneth Petty. The “Starships” singer, 36, revealed in June that she and Petty obtained a marriage license, which means she would have 90 days to tie the knot. Unfortunately, Minaj had to travel so the couple had to renew it to extend their timeframe.

“[We] filed for the marriage license and we still had to pick it up and I was traveling, by the time I came back, we had to renew it again,” she said on her “Queen Radio” show this week. “From that time, you have 90 days to get married. That was about a week ago, so now I have about 80 days.”

She explained they would tie the knot within the allotted time limit and would likely have a larger celebration down the line because she’s busy working. 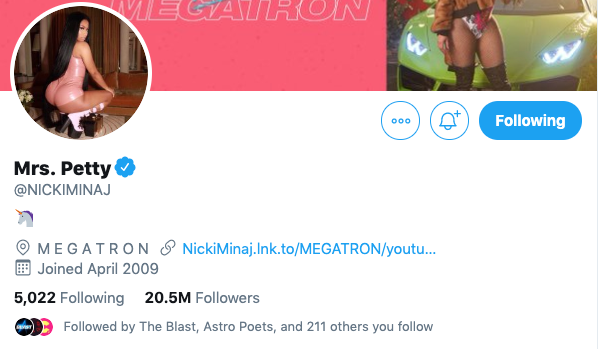 “Before the 90 days is over, yes, I will be married,” she continued. “I’m very happy about that because my baby makes me so happy.”

Minaj, who made her romance with Petty, 41, Instagram official last December, came under fire for the relationship after it was revealed he was a registered sex offender who was convicted for the attempted rape of a 16-year-old girl.