MUSLIM WOMAN TRIES TO KILL HER HUSBAND BECAUSE HE MADE HER WEAR SEXY SKIRTS & EAT PORK! SAY'S SHE TRIED HER BEST TO CUT HIS THROAT! 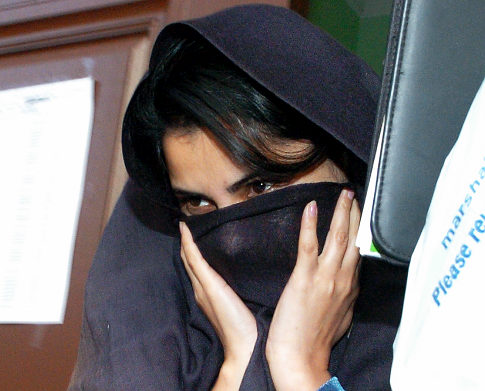 The troubled Muslim woman who slashed her Staten Island husband as he slept told police she lay in bed next to him for a half-hour with the knife, weighing whether she should kill him.
"My heart was beating so fast," said Rabia Sarwar, 37, of the moments Wednesday morning before she pounced on her husband, Sheikh Naseem.

"I tried my best to cut his throat," she told police in a five-page, handwritten confession.

Her husband led her to believe he was a devout Muslim before they were married, but she soon found out that Naseem was a Unitarian, she said.

She also said that his favorite author is Salman Rushdie, who wrote the anti-Islamic tome, "The Satanic Verses."

The idea to kill Naseem came after the couple went to bed Tuesday night, Sarwar said.

"I did not sleep," she said. "I started thinking to kill him."

She grabbed a knife from the kitchen and came back to bed, waiting for the courage to attack Naseem with the blade, she said. A half hour later, she sprang.

Naseem fended off the strike and grabbed the weapon from her hand. He left the apartment to call for help.

Sarwar was released on $25,000 bail after being arraigned Thursday on attempted murder charges.

Naseem could not be reached for comment on Friday. 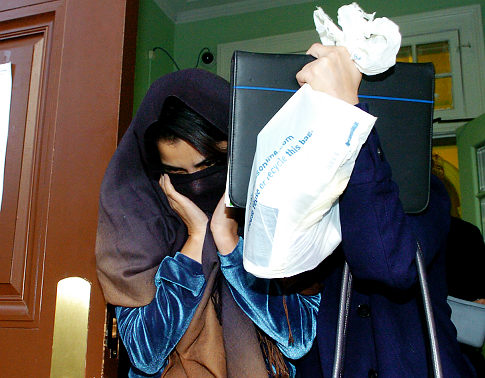 A soft-spoken Muslim woman tried to slit her Staten Island husband's throat as he slept - enraged that he made her eat pork and wear sexy skirts, officials said.
"It's time for you to die!" screamed Rabia Sarwar as she pounced on hubby Sheikh Naseem, sources said.

He woke early Wednesday to find her straddling his chest and hacking at his neck with a knife.

The burly 41-year-old, a teacher at Susan Wagner High School, overpowered the pretty petite Sarwar, 37, and grabbed the weapon.

The two have only been together for five months. For Nasseem, it was his third try after his first two marriages failed. The Pakistani-born Naseem was not a practicing Muslim but sought a traditional wife; their pairing was arranged through family friends.

"Being that he didn't do very well the first two times, he thought he would try a woman of his own culture," one of Naseem's ex-wives told the Daily News on condition that she not be identified.

"She is very soft-spoken, very low-key," the woman said. "I would not have dreamed anything like this would happen."

But authorities said she was furious that Naseem stayed so Western: "She's a very devout Muslim and she felt that he got her to marry him under false pretenses," a source said. "He doesn't really observe any of the traditions of Islam. She says he forced her to eat pork and wear short skirts."

She also claimed that his favorite author is Salman Rushdie, reviled by devout Muslims after writing the prophet-bashing "The Satanic Verses."

Sarwar was released on $25,000 bail after being arraigned yesterday on attempted murder rap charges. She claimed "months of emotional abuse and duress," sources said. Cops had no record of domestic abuse complaints against Naseem.