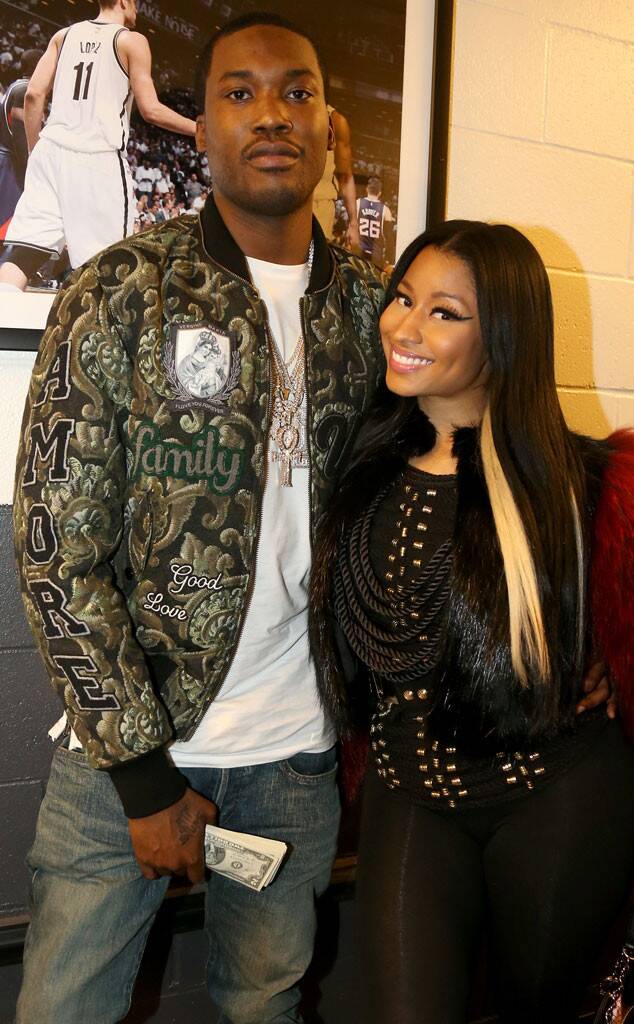 Minaj, 37, appears to have kicked off the online shouting match Wednesday afternoon with a Twitter message showing a photo of Mill, 32, staring at his cell phone. Mill, Minaj wrote, is “obsessed with the Queen,” adding “trigger fingers turn to #TwitterFingers” — a reference to a 2015 diss track by Drake that was targeted at the Philly native.

What prompted Minaj’s initial tweet is not clear, though Complex indicates that the “Chun-Li” rapper may have been agitated by Mill having liked a meme that mocked her husband, Kenneth Petty. In a later tweet, Minaj wrote that Mill has been “tweeting bout my man for a year now” and that he should “move on.” Last month, the trio also got into a real-life shouting match in a high-end clothing store in West Hollywood, TMZ reported. 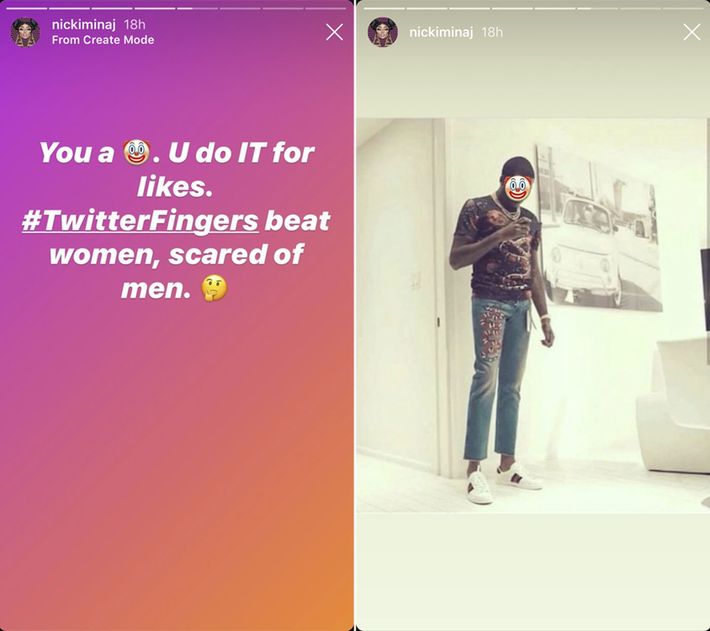 Following her tweets, Minaj took the beef over to her Instagram page, where she wrote that Mill, whom she referred to as #TwitterFingers, “beats women, scared of men.” Minaj later claimed in a follow-up tweet that Mill “beat your own sister and taped it” and “kicked me in front your mother and sent her her to the hospital.”

“The only way you can try to kill my career is to say I beat women,” Mill responded from his own Twitter account. “Talk about ya brother convicted of rape and you been knew and paid for his lawyer…ya little brother touched that lil girl too! You know I know.”

Minaj’s brother, Jelani Maraj, last month was sentenced to 25 years to life in prison after having been convicted of predatory sexual assault for the rape of an 11-year-old girl, USA Today reports.

Mill later claimed Minaj “knew your brother was raping that little girl that’s why I got away from you,” referencing the pair’s 2017 split. In response, Minaj seemed to claim that Mill knew her brother’s case involved extortion, writing that the rapper “won’t tell ppl the mother [of the girl] is on tape asking me for $20 million to make the charge go away.”

Many tweets from the exchange have since been deleted. In one, Mill wrote that Minaj “picked a great time to be saying I ever put my hands on you…ya bag getting low so you wanna destroy me.”

Mill seemed to close the matter by indicating in a tweet that he would not be discussing Minaj in any future interviews.

“For clarification I don’t hit women and I won’t let my interviews be filled with question about her or any situation to do with her when I come out to do press for my new album,” Mill tweeted. “No devils tricks.” 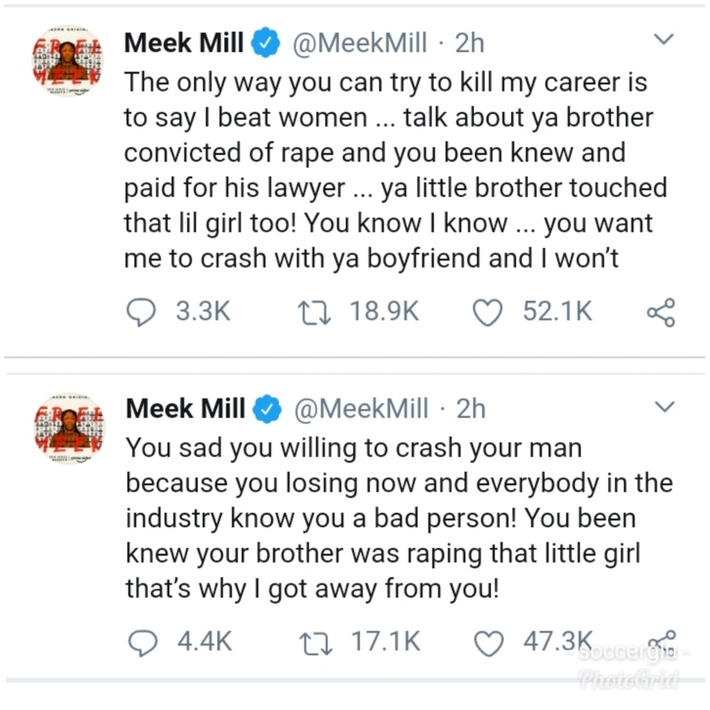