Lil Kim's got "No Time" for PETA protestors, especially when they try to get up in her face.

The iconic rapper was outside the Build Studio on Tuesday in New York City when she was bulldozed by a few members of the animal organization who are not happy with her love of fur.

The most vocal protestor wore a hat and held a poster reading "Lil Kim Animal Abuser." 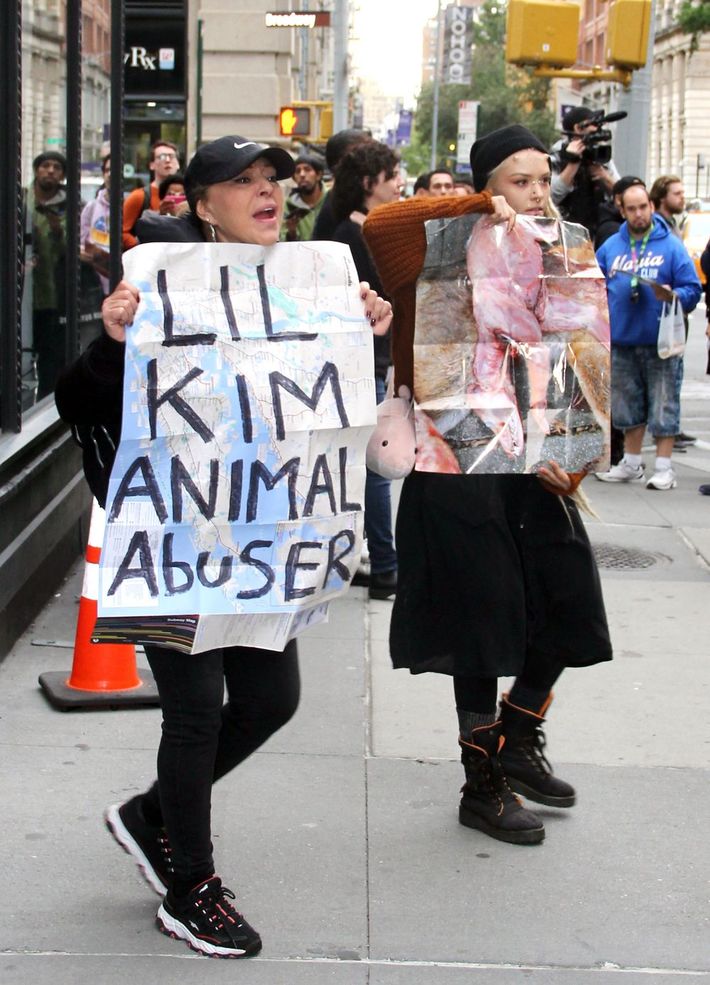 In a video captured by Scooter Caster, as soon as Lil Kim gets out of her black SUV, she's attacked by the screaming women.

"Stop wearing fur" and "Shame on you, Lil Kim!" are words thrown in the rapper's direction.

But Lil Kim does not take anyone's s--- and made that known by stepping up to the screaming protestor and shouting right back in her face.

"Back up! Back up!" Lil Kim can be heard screaming on the tape while being held back by her security team.

The video then pans to another PETA member in the street who forces the crowd to listen to a recording of an animal getting anally electrocuted.