LEAD SINGER OF THE MONKEES DAVY JONES DIES AT 66 OF A HEART ATTACK! 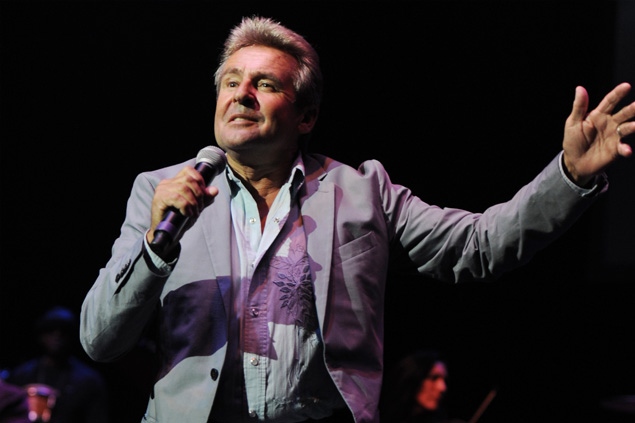 Davy Jones, who as lead singer of The Monkees proved a pre-fab pop music career could last a lifetime, died from a heart attack Wednesday in Stuart, Fla. He was 66.

The news came as a shock, since he had remained active as a singer, actor and seemingly tireless performer.

Jones rose to fame alongside fellow Monkees Peter Tork, Micky Dolenz and Mike Nesmith in the mid-1960s as a made-for-TV rock group designed to cash in on the popularity of groups like the Beatles.

Their TV show only got modest ratings, but the quartet scored an immediate series of pop hits that included “Last Train to Clarksville” and “A Little Bit Me, A Little Bit You.”

Jones, as an actor who sang rather than a musician, was the lead singer and quickly turned into a teen idol with his performance on plaintive songs like “Daydream Believer” and “I Wanna Be Free.”

The TV show “The Monkees” only lasted a couple of seasons, but Jones continued playing with various incarnations of the group for the rest of his life.

He had recently been promoting further tours, and like the other members of the group he always pushed for the band to get more musical respect.