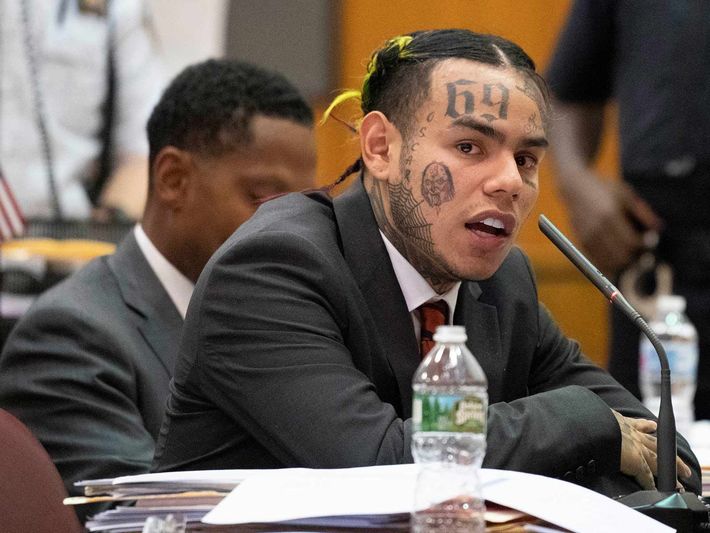 Anthony “Harv” Ellison petitioned Judge Paul Engelmayer last month to toss the guilty verdict, saying Tekashi, whose real name is Daniel Hernandez, lied repeatedly during his three days on the stand as he described running with Nine Trey and being kidnapped by Ellison.

“The evidence of Ellison’s commission of this crime was overwhelming,” the judge wrote of the kidnapping. “Ellison’s argument as to Hernandez’s ostensible lack of credibility on the kidnapping count is particularly unpersuasive.”

Ellison tried and failed to convince a jury that he and the entertainer cooked up the kidnapping scheme to promote his upcoming album drop.

“Ellison’s theory that he had colluded with Hernandez to stage a fake kidnapping was unsupported by any evidence at trial,” the judge wrote. “And Ellison, who was in a position to attest as to his circumstances surrounding that incident — including, if true, that it was a staged, and not actual, kidnapping — elected not to testify.”

Ellison is scheduled for sentencing Feb. 26.

Tekashi was sentenced to two years behind bars in December.