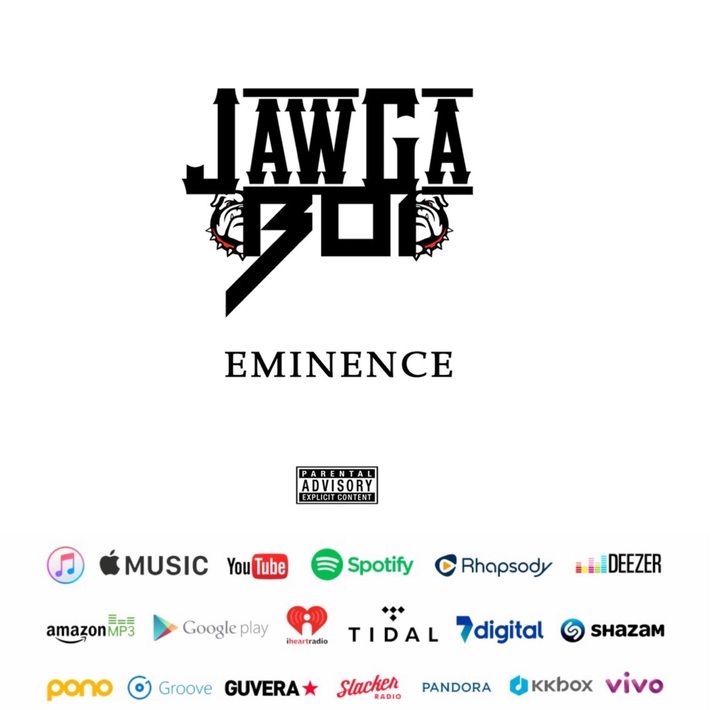 Columbus, Ga.— Hip-hop artist JawGa Boi has announced the release of his highly anticipated EP. “Eminence” was released Friday, November 29 and reached Itunes Charts #17 for Hip Hop/Rap Albums is available for streaming and download via digital music outlets. The EP is distributed by Lil Boyz Entertainment/Empire.

“Eminence” is a follow up to JawGa Boi’s debut album, “Cut from a Different Cloth,” released in October 2018. The EP is 5-tracks and shows true artist versatility. JawGa Boi says Eminence is also more of a personal project. “It’s titled ‘Eminence’” to reflect my growth as a person and as an artist,” he said. The EP includes features from Streetcode Cape, Gizrok, Al Reese, and more. From classic rap, trap, and even R&B, “Eminence” is a project that diverse music lovers can enjoy. JawGa Boi is also a Brand Ambassador for ONE ROQ Vodka.

For more information, promo requests, or to arrange an interview, contact Terrance Little at lilboyzentertainmentllc@gmail.com or 706-530-6244. To keep up JawGa Boi’s latest news and events, follow him on Facebook or Instagram@iamjawgaboi also featured on Foxie 105, Hot100, 98.3 The Beat and WLTZ with Nicole Jones, RESPECT Magazine(https://respect-mag.com/2019/07/respect-interview-get-familiar-with... ), Urban Magazine, Triple HQ Magazine(https://triplehq.com/jawga-boi-releases-new-video-power-iamjawgaboi/ ).