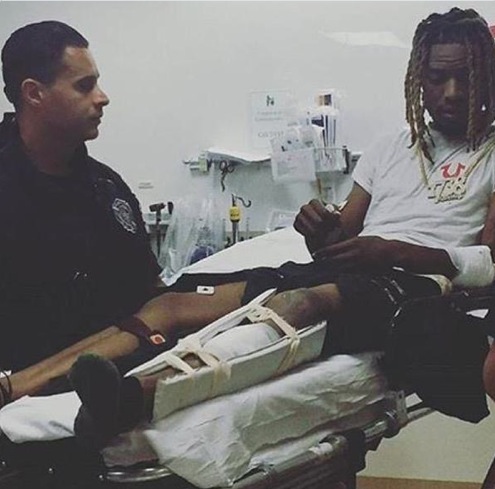 "God bless, he's OK," tweeted user @DJLouieStyles, followed by a photo of the rapper sitting up in a hospital bed. Fetty Wap was “responsive” as paramedics transported him to the hospital, reports on Twitter say.

The crash is still under investigation. The female driver, whose name hasn't been released, was not injured.

One Twitter user’s photo, which he claimed was of the rapper’s Suzuki motorcycle, showed significant damage to the vehicle.

The New Jersey rapper, who lost an eye to congenital glaucoma as a child, recently inspired a 10-year-old fan with rare eye cancer to go without his prosthetic eye.