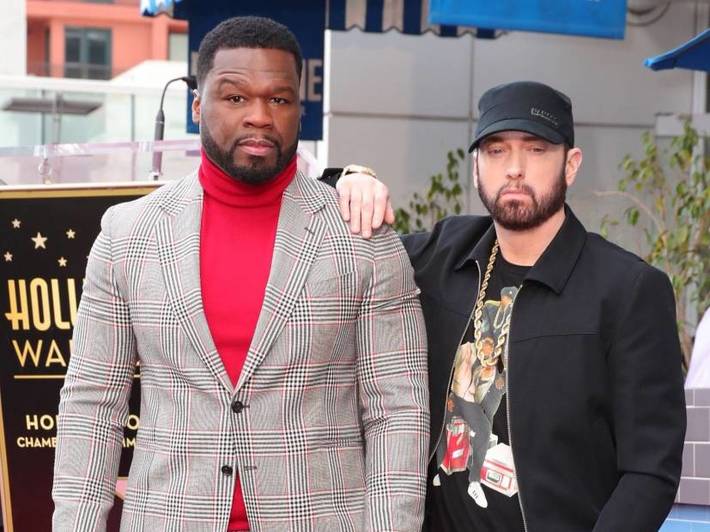 Recently 50 Cent has been as successful a TV producer as he is as a rapper, so now he tries to engage Eminem in his movie projects. Without any luck so far though.

In his interview with Complex News he mentioned one of such cases:

50 said: I’ve come to him, trying to sell his some ideas and stuff and he’s like, “Yo, it’s cool”. One time I came to him like, “Yo, I have 8 million for you”. To participate in this project. We were supposed to play these two guys from the opposite sides of the track. Two different gangs ad stuff. And he was like, “Nah. I like you but I just think we should do something like warriors”.

The host what dumbfounded: “What?? Eminem turned down 8 million dollars?”. Fif was certainly less stricken by this sum, just shrugging non-committally:

Yeah-yeah, he’s not one of those people who are moved by money. He has a different kind of motivation.