Drake's dad Dennis Graham was on Power 106’s Nick Cannon Mornings recently, and during their conversation, Cannon asked what it was like to have Drake share negative aspects about their relationship in his songs. Graham responded, “I had a conversation with Drake about that. I have always been with Drake. I talk to him if not every day, every other day. We really got into a deep conversation about that. I said, ‘Drake, why are you saying all of this different stuff about me, man? This is not cool.’ He [said], ‘Dad, it sells records.’ Okay, well, cool.”

Drake responded with a IG post saying he woke up feeling hurt today and his father will say anything to anybody that would listen. He says every bar he spit was the truth and the truth is hard for some people to accept. 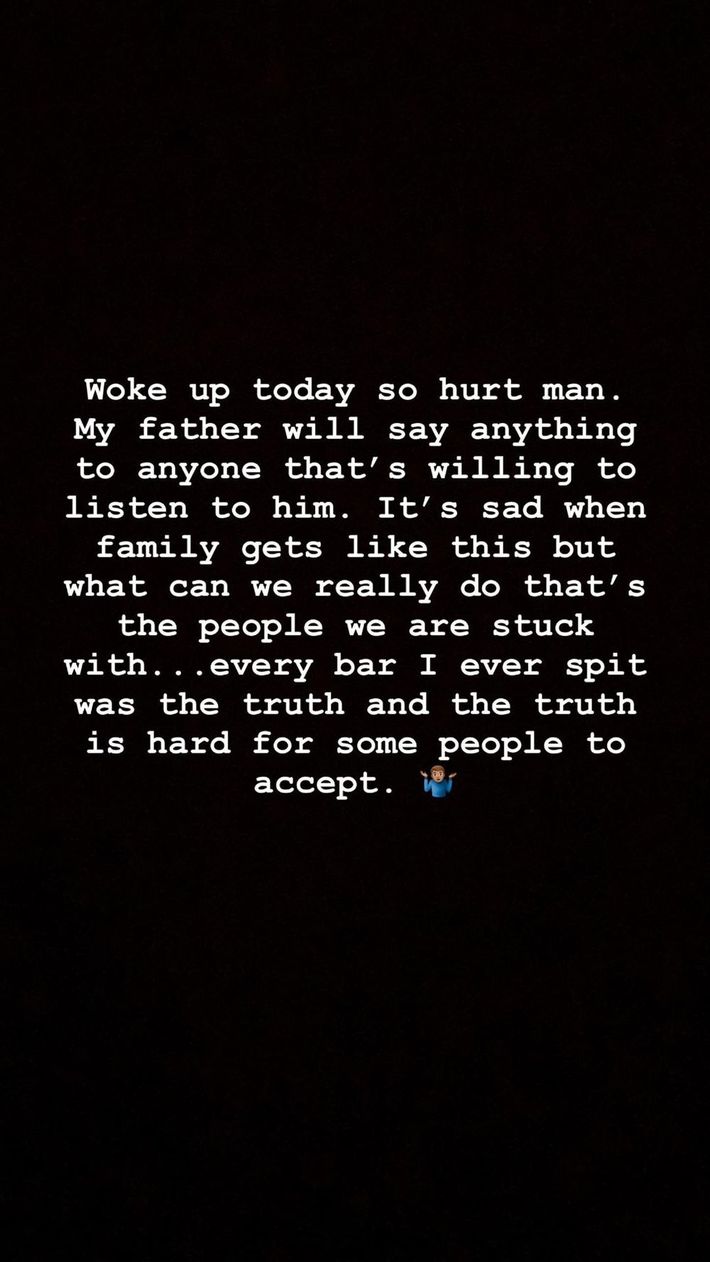