CHRIS BROWN IS MAD THAT BET WAITED FOR THE LAST MINUTE 2 PULL HIS PERFORMANCE! 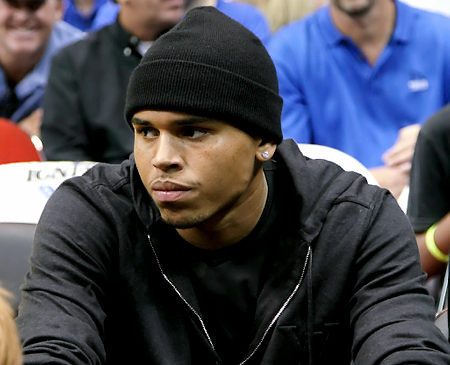 Chris Brown was a no-show at Sunday night’s BET Awards because producers pulled his performance at the last minute.

According to several insiders, Brown’s appearance was considered risky business on a night honoring Michael Jackson. The “No Air” singer is facing negative publicity after pleading guilty to the February assault of his ex-girlfriend Rihanna.

One source says Brown’s absence came at the insistence of the Rev. Al Sharpton. “Al made such a fuss to the BET executives that they pulled Chris,” says our insider, who adds that Jay-Z also had a hand in the decision. “Jay is a big name in the BET community, and he was very vocal about his displeasure with Chris attending the ceremony. He didn’t want Chris anywhere near the awards so close to the court’s ruling.”

Brown isn’t taking the public dis on the chin, either. “He’s furious,” a pal of the singer tells us. “BET asked him to perform and waited until the last minute to tell him it was off. He’s pretty shocked and outraged right now.”

Both BET publicists and Brown’s camp say the singer was never confirmed for the show.

Meanwhile, Rihanna’s absence from the event was just as noticeable as Brown’s. But while her ex fumed, the “Umbrella” singer was busy hanging out with her crush, Orlando Magic forward Rashard Lewis, in NYC. Says a rep for the beauty, “Rihanna was never meant to attend [the BET awards].”

Also expected at the ceremony were Usher and Justin Timberlake; both bowed out of the event but agreed to take part in a later tribute to Jackson on BET.

Usher, who attended fashion shows in Paris over the weekend, sent his regrets in a prepared statement. Timberlake was also out of the country, hitting up both Wimbledon and the Hard Rock Calling concert in London.

But perhaps JT should have made the ceremony at L.A.’s Shrine Auditorium, because in his absence, he was the recipient of a roast by Jeremy Piven. “Justin should be here,” the “Entourage” actor joked. “If not for Michael Jackson, [Justin] would be selling curly fries in the Valley.”