The seemingly unperturbed musician waded through paparazzi, got into his red Lamborghini and drove off, a video obtained by the Mirror shows. Physical confrontation does seem to trail the controversial 26-year-old singer, who reportedly may be barred from performing in Australia because of his past domestic violence charges.

Reality TV star Kylie Jenner was reportedly attacked by a hair-yanking fan outside Brown's Sept. 18 concert, and three armed robbers raided his Los Angeles-area home on July 15, locking his aunt in a closet and stealing from the singer.

On May 6, a crazed 21-year-old fan vandalized another one of Brown's properties before he arrived home to find her naked in his bed. Just days before that incident, Brown faced charges (later dropped) of punching a man on a basketball court.

Police also announced on Thursday that Brown would not be charged in connection to a woman's claim that she was thrown from his tour bus in Colorado earlier this month, TMZ reported.

The singer, whose probation for assaulting then-girlfriend Rihanna in 2009 ended in March, believes his domestic violence history can help raise awareness about the issue, he tweeted on Tuesday.

"My life mistakes should be a wake up call for everyone," he said. "Showing the world that mistakes don't define you. Trying to prevent spousal abuse." 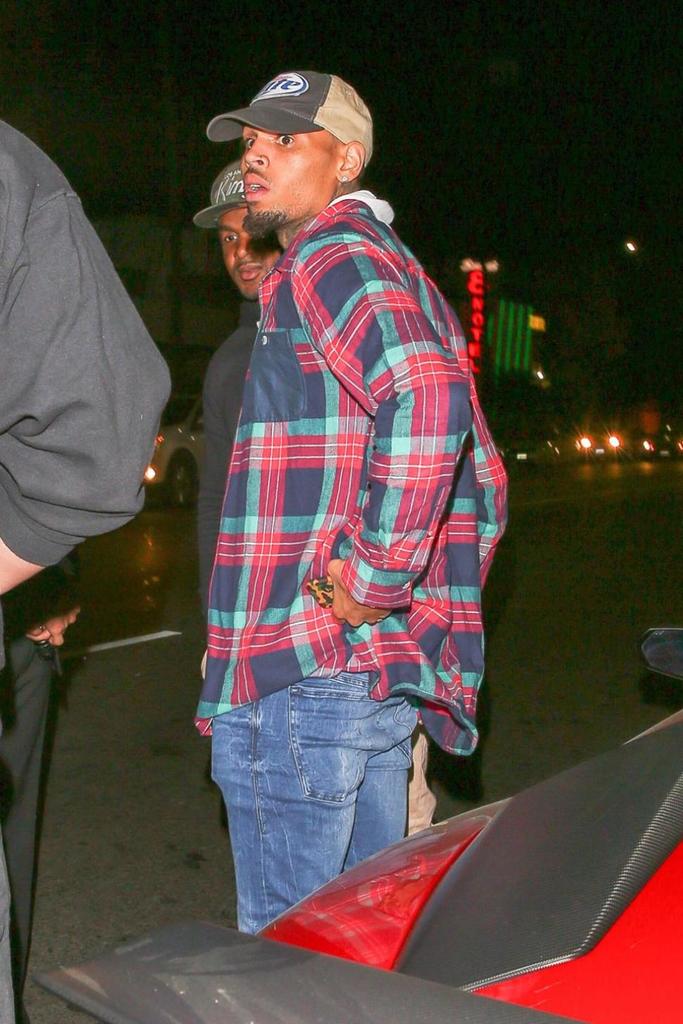 Chris Brown is not giving free hugs …… especially to dudes ……