Cash Money Records founder Birdman has been slapped with a $1 million-dollar judgment in the case brought by his ex-employee.

According to court documents obtained by The Blast, a Florida judge granted a default judgment against Birdman in the amount of $1,069,876. The money was awarded to a man named Nicolas Jose Penzo. 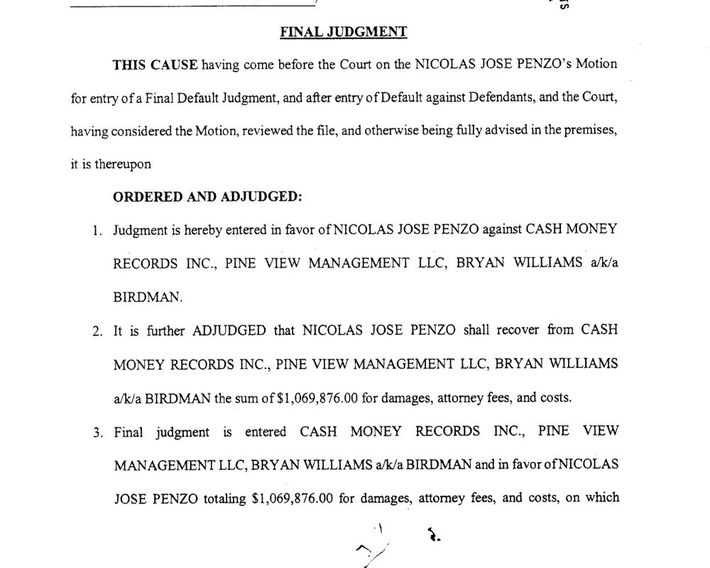 He said his duties included painting, handling the cleaning services, and coordinating with contractors to fix things such as the electricity.

Penzo said Birdman was to pay him $150 per day. He claimed to have been worked (sometimes) from 9am to 9pm. Penzo said he worked an average of 48-60 hours a week without being properly paid for all overtime hours worked.

He even said he was only paid every two or three months, sometimes with checks, but mostly with cash. He originally sued claiming to be owed $8,900 in unpaid wages, along with an additional $15k based on the $150 per day. His complaint sought $23,900 in damages. 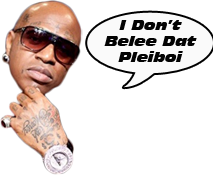