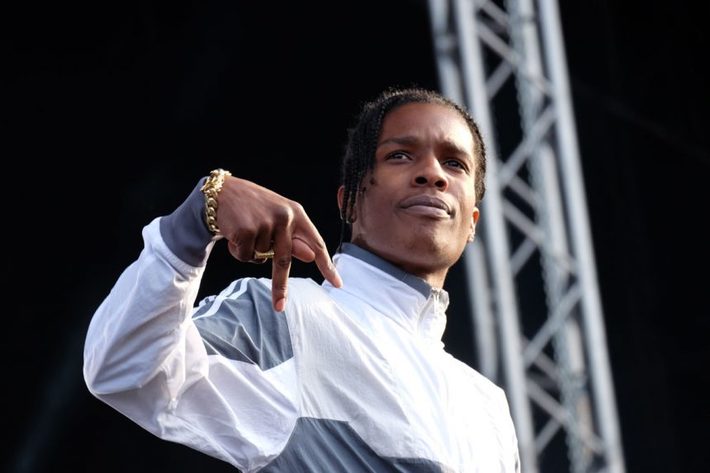 The 30-year-old musician, whose real name is Rakim Mayers, didn’t appear in Stockholm court where he and two members of his entourage were convicted, the BBC reported.

Rocky — who spent a month in custody before he was released – was given a suspended sentence and ordered to pay a fine of 12,500 Swedish krona ($1,300) to the victim.

Prosecutors allege that the “Praise the Lord” rapper and two entourage members assaulted the teen in a bloody beatdown June 30 in the Swedish capital.

The rapper — who was seen on a video throwing the teen to the ground — has claimed that he was acted in self-defense.